First stop, major grocery store.  Afternoon on a Saturday.   So it should be packed, right??  It was empty, and I walked right up to the cash.  ok, that was odd.... but good timing.

Second stop, W*lmart.  picked up some medicine for the boy.  Went to the cash, thinking 'this is stupid, one item and I am gonna have to wait for stinkin' ever to get out of here......'  Again, no line.  Walked right up to the cashier.

Third stop, local apple farm.  All the close parking spots were full, so I had to park in the overflow.  Line up a mile long inside.  Got my half bushel, and had to wait to pay.  Then wait for someone to help me take it out to the car.  Of all my stops, that one was the busiest.

That makes me happy.  I like to see people supporting the local guy.  Definitely no impatience needing to wait there!!
Posted by Star at Sunday, October 31, 2010 No comments: Links to this post

No matter how hard I tried to steer him towards the $3 pumpkins..... 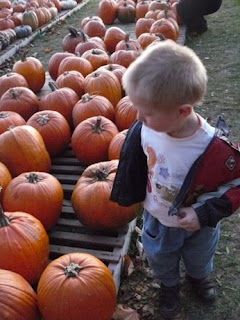 He liked the knobbly deformed $1 ones best. 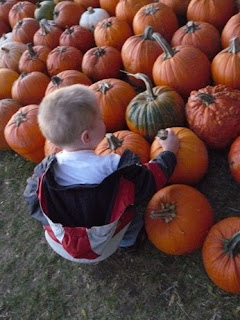 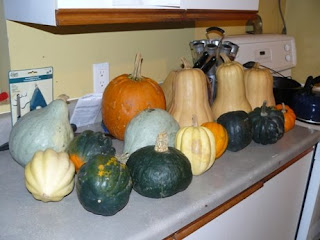 Oh, and we have squash in the cold cellar now too... $15 worth of squash & pumpkins, all from the local farmer, who's son goes to school with Chuck. I think that the squash traveled three km to get to our house. I dunno if I can handle the pressure....

Hosted by Cecily and Lolli
Posted by Star at Friday, October 29, 2010 5 comments: Links to this post 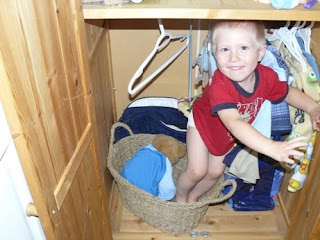 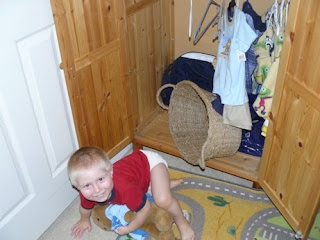 I found him in the closet, closing the door (dark!) 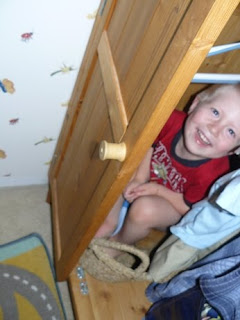 And opening it (light!!) 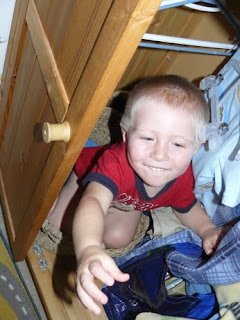 Now tell me... how can a boy who's favourite hiding place is the CLOSET be afraid of BEARS!!!

Hosted by Cecily and Lolli
Posted by Star at Friday, October 22, 2010 3 comments: Links to this post

Washing the Pears to make the jam.....
A constant phrase in our house these days "I hep you!!! I hep you!!" 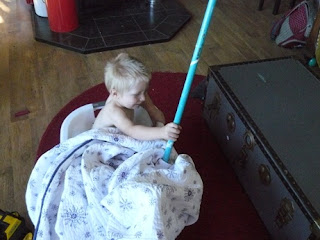 Chuck went and got him the broom, so that he could have a mast for his boat too.. just like Daddy's Boat!!

Hosted by Cecily and Lolli
Posted by Star at Friday, October 15, 2010 3 comments: Links to this post 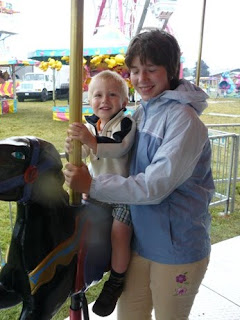 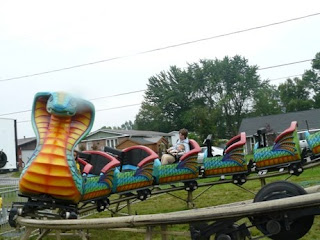 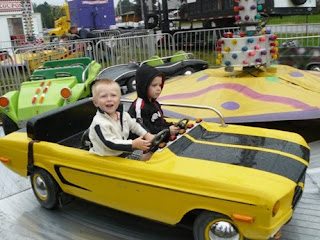 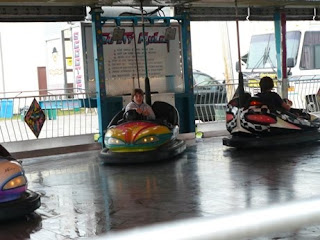 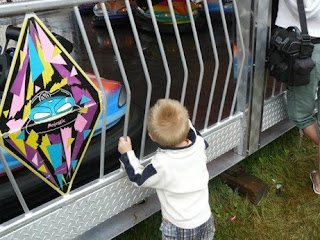 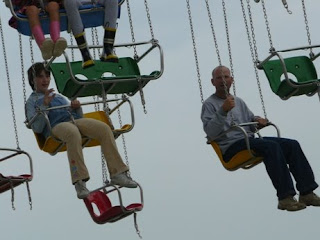 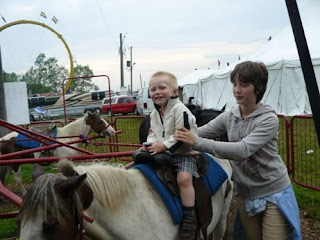 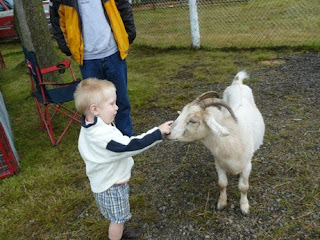 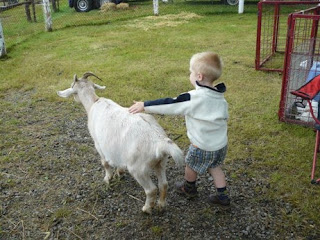 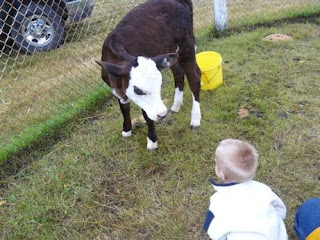 Email received from Prospector, who is home sick today, with Buddy, who is also sick:

"At least it was a penguin he dipped in the toilet, but I'm still trying to figure out how his head got wet. Buddy's head, not the penguin's."
Posted by Star at Tuesday, October 12, 2010 No comments: Links to this post

We now have (after sending a few roosters to freezer boot camp):

Posted by Star at Friday, October 08, 2010 No comments: Links to this post 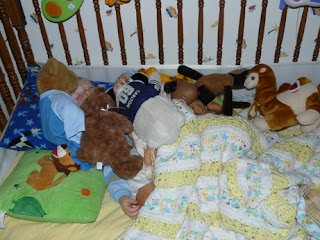 If you look very, very carefully.... yes, there is a boy in there too!!
(And Teddy Bear, and Carlton, and the Monkey, the Camel, Giraffe, and at least three babies)
Posted by Star at Thursday, October 07, 2010 No comments: Links to this post

On our Way to the Fair

On our way to the fair, the puppy needed a pit stop.

so we pulled over at a gas station.

Daddy got out with the leash & a baggie.

opened the sliding door (where the roosters are).

Hauled the puppy out, and took her to the grass, leaving the sliding door open.

And the guy who was pumping gas..... Did a double take to look at the van...you could see the look of "WHAT the HECK!" go across his face.

But at least he had a good story to tell when he got home that night.... "Honey, when I was getting gas, this mini van pulled up...... full of CHICKENS!!!!"
Posted by Star at Wednesday, October 06, 2010 No comments: Links to this post

How DO we take our Chicks to the Fair?

We are not farmers. We don't have any farm vehicles, pick up trucks, or any of that.

And, this was the first time we had to bring the Chicks anywhere since we brought them all home in a teeny tiny shoebox. We couldn't even fit one in that shoebox now, let alone all nine.

So in our brainstorming, we came up with:

Disclaimer: No, we would not have used any of these options. It was just a silly conversation around the dinner table!!!

The only downside to this was that the dog crate fit, but Chuck's knees were right against it (it's a good thing that the drive wasn't very long)

We had no where to leave the dog now... so she had to come with us.

so we crammed Mom & dad in the front.

The dog crate full of roosters in the middle

The two kids and the dog in the back row

And the Americauna's & Hen's in the trunk.

It was a very, very full mini-van.


To come home, we decided that the dog crate was not very practical, and that the birds were able to move a bit too much in it. There was too much 'cubic' feet.

So, we put one Americauna into the cat carrier

A rooster, a hen, and an Americauna into an old vacuum box, taped shut

A rooster in a banker's box, taped shut

And a rooster & a hen into another Rubbermaid

Two kids and the Americauna in the back seat.

And the puppy got to stay home.


Some of the boxes were shaking. I think if we start doing this on a regular basis... we're gonna have to get some proper chicken transporting devices!

And as for winning... well, us silly city folk apparently didn't know what classes our birds were, and so unfortunately, they were all disqualified. We entered the Chanty's as AOV Standard (All Other Variety), when they should have been entered as AOV Standard - American.

BUT, we did have a five day break from needing to take care of them, which was nice.

HOWEVER... there was ONE other Chanty entered, and NO other Americauna's. If we had entered them correctly, we would have won between $40 - $42, depending on where the other Chanty placed.