Planning our family vacation for 2014 started way back in October of 2013. Around then we were talking about a Disney trip and how great it would be to take the kids on a southern adventure this year. We counted our pennies, looked at the Disney websites, did some math and had a heart attack. We decided Disney can wait until we win a lottery and instead put together something a little different. We also decided we would keep it a surprise.

Surprising a 3 and 5 year old doesn't take a lot of work, but to surprise a 16 year old is tricky. I decided on misdirection to get her there. For Christmas, we gave Chuck a suitcase with an envelope promising a weekend shopping spree at the Buffalo outlet mall. Many folks around here plan weekend shopping trips down to the states, and although I understand the allure (low, low prices!!) I am not a fan of the whole cross border shopping idea. A 16 year old, drawn by stories from friends about cheap clothes is thrilled at the idea of a weekend of shopping though.

Her weekend in Buffalo package included a waiver form from "Sky Zone trampoline Gym" and dinner reservations at a super fancy restaurant (pack formal clothes and shorts!) as well as some cash and a hotel reservation (need swimsuits for the hotel pool!). One catch though, no room for friends in the car since the whole family would be there.

Chuck cried and told us how awesome the weekend would be, and how much she was looking forward to it. We agreed it would be super cool.

On Feb 1 we packed the car full of everyone's stuff (including extras for Chuck that she didn't know we had stashed for her) and drove the family to Buffalo. Once we got there, we hit the outlet malls and bought a few things. Mostly we got shoes. I got a pair of Adidas and Chuck got a 2 for 1 deal on Converse. Then it was off to the hotel, and to bed early since so much was planned for the morning.

The Bus to "Sky Zone" was coming by at the ungodly hour of 6:00 AM, and that meant we had to get to breakfast for 5:30 at the latest with all our stuff. I had an elaborate story about training schedules and whatnot for Chuck in case the whole Skyzone thing sounded wrong, but luckily she didn't clue in that 6:00 was a little early for a trampoline gym.

At breakfast, we decided that we wouldn't be able to keep up the charade, so we let the kids in on what was going on. An airport shuttle was on the way to take us to catch a plane from Buffalo to Miami. We explained to the boys that in Miami its so hot that butterflies can stay there all winter long, just like its summer. There we would stay one night at a hotel before boarding Carnival Victory to go on a cruise. Here is what a couple sleepyheads look like at 5:30 AM when they find out they are going away for a week: 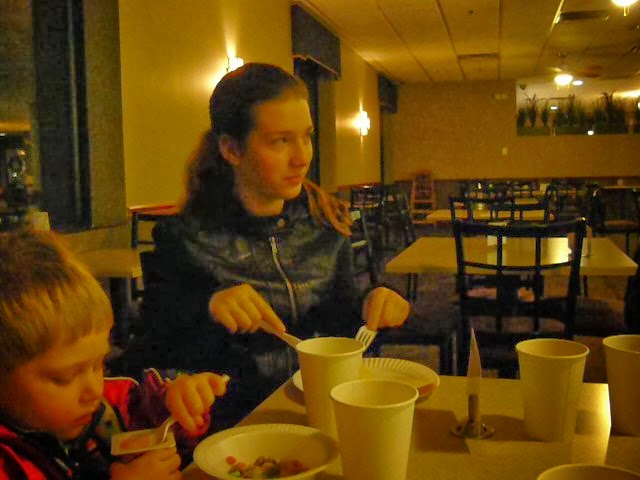 Not long after that pic, we hopped aboard the shuttle to Buffalo airport, and cleared airport security. Keeping Buddy and Cuppa busy at the airport was incredibly easy - they were mystified by the whole place and just wanted to watch the ground crews working on the planes. 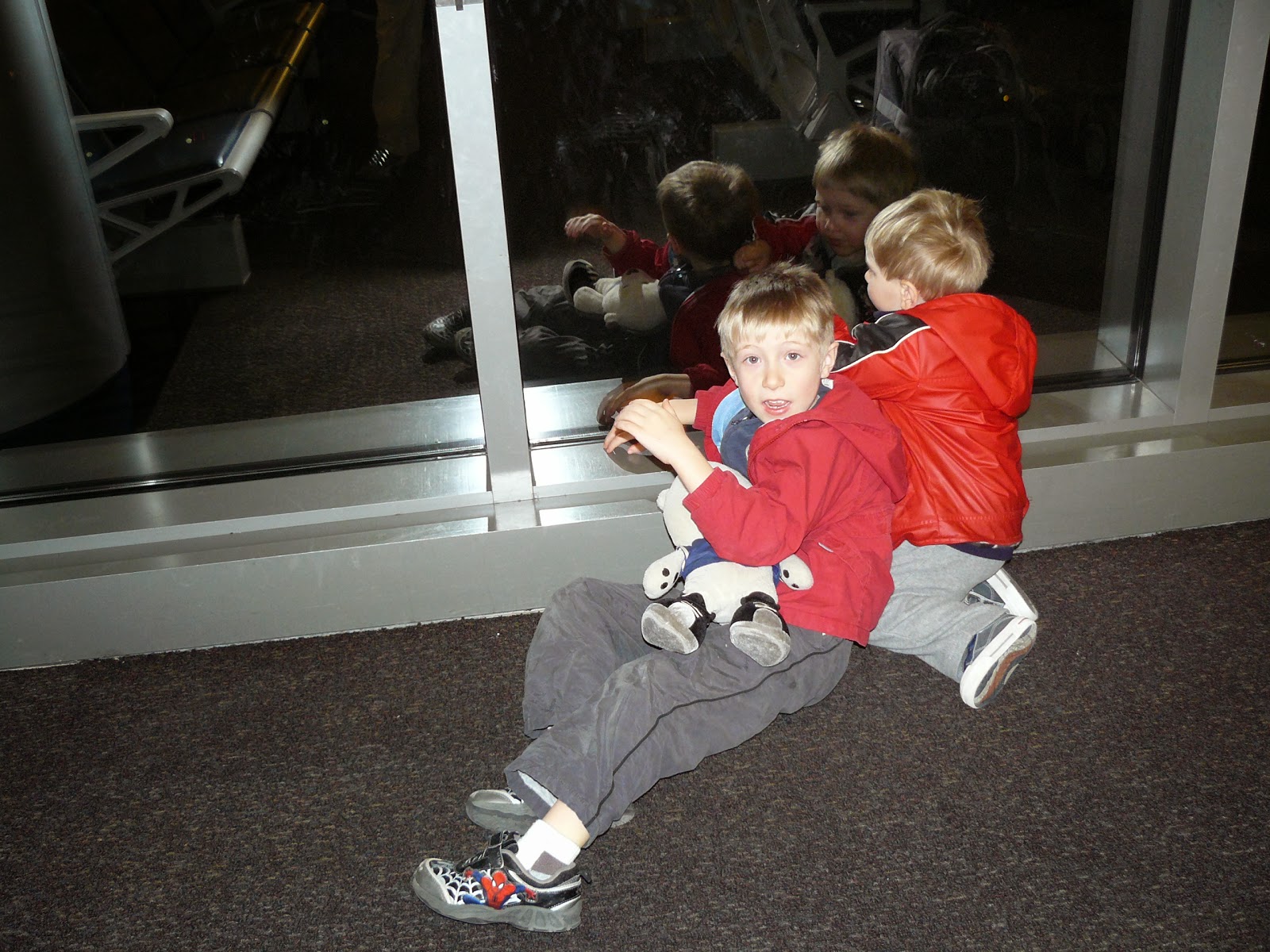 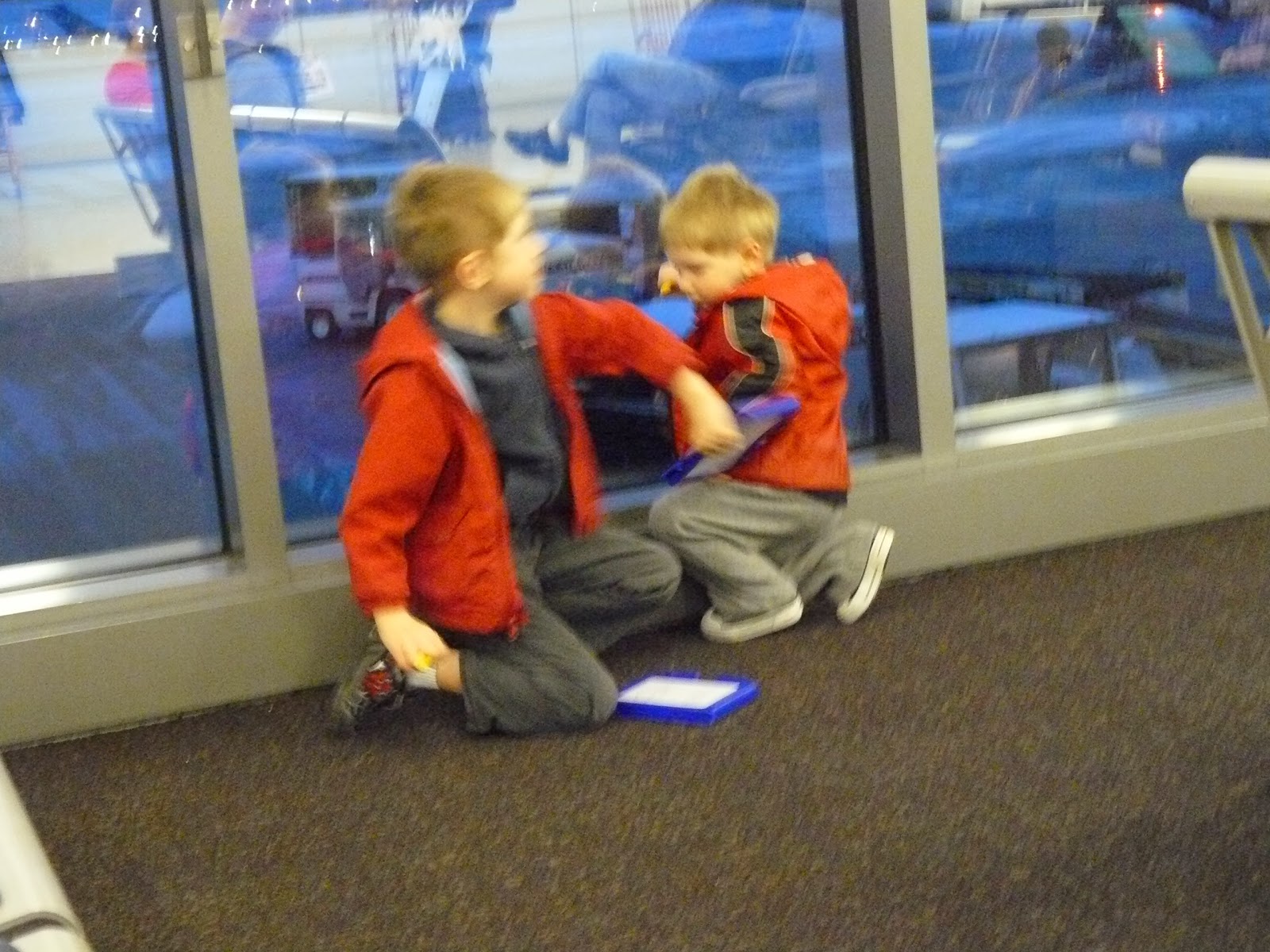 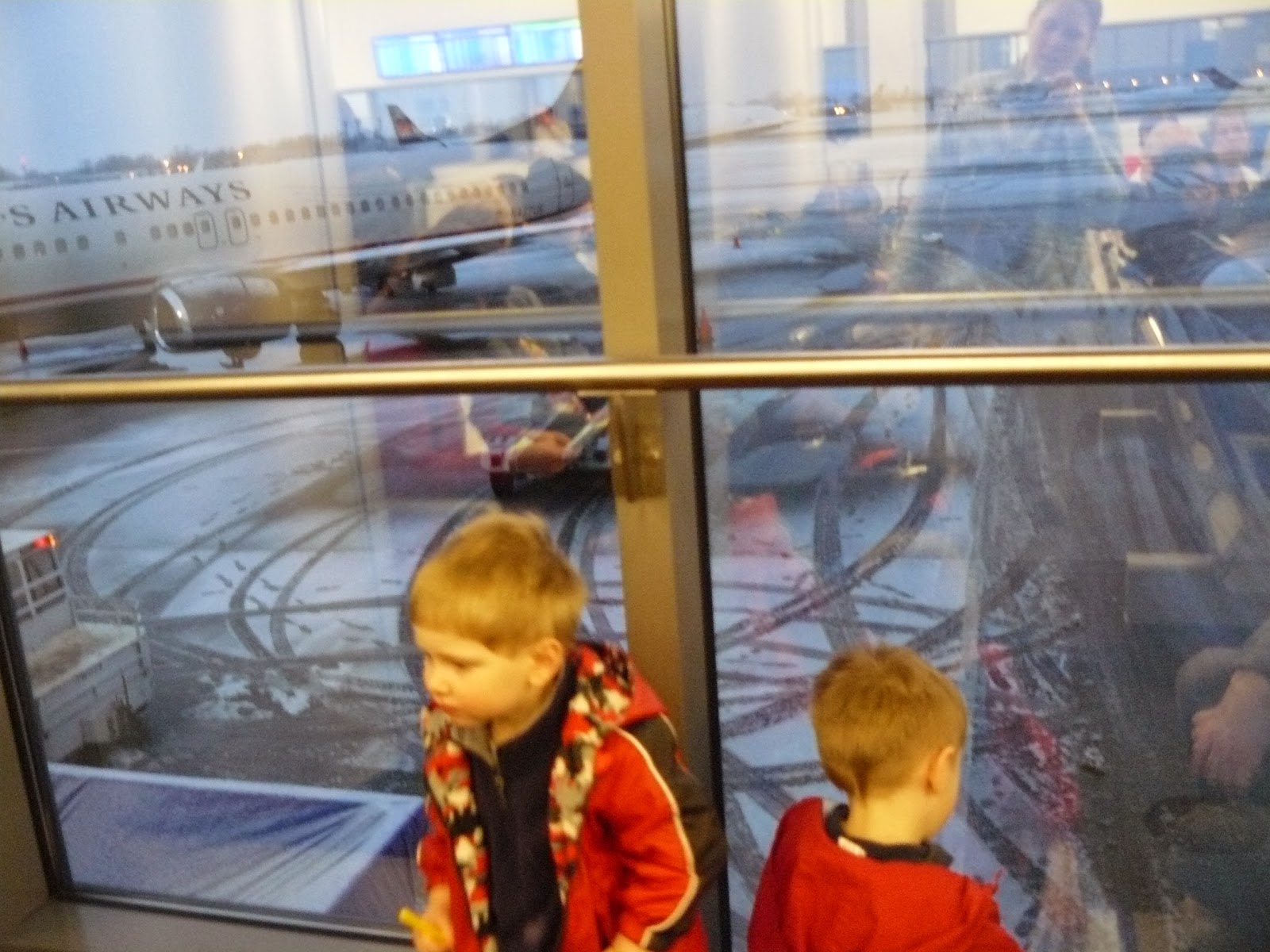 As the sun came up, more workers appeared, and the view of our plane got better and better. For Chuck, the airport mostly meant sitting and waiting, but what did she care, she was headed to Miami! 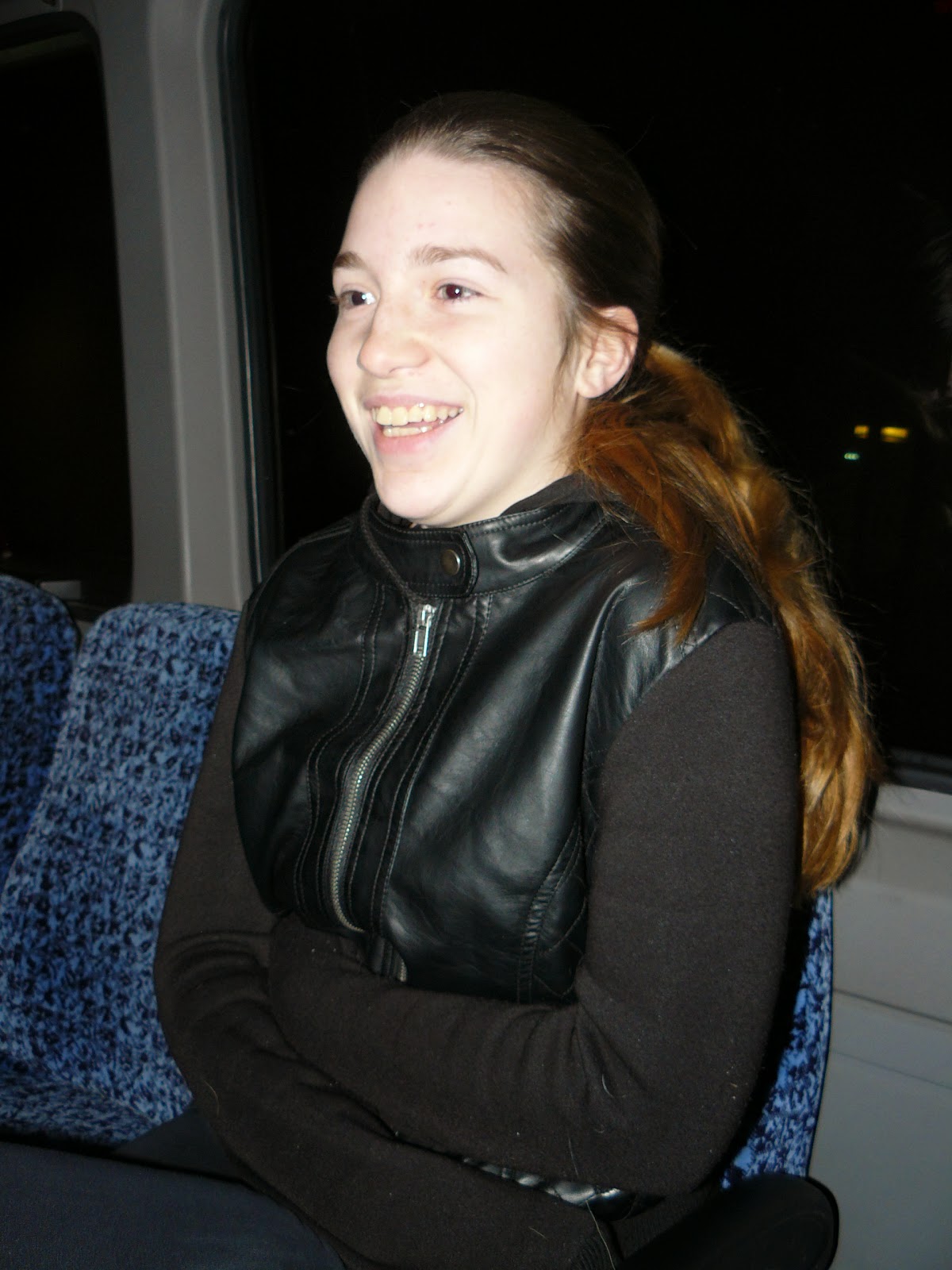 Once it was sunny out, the airport helpers told us it was time to catch our plane, and we all found our seats. This was pretty exciting - especially for Carlton (Buddy's bear). 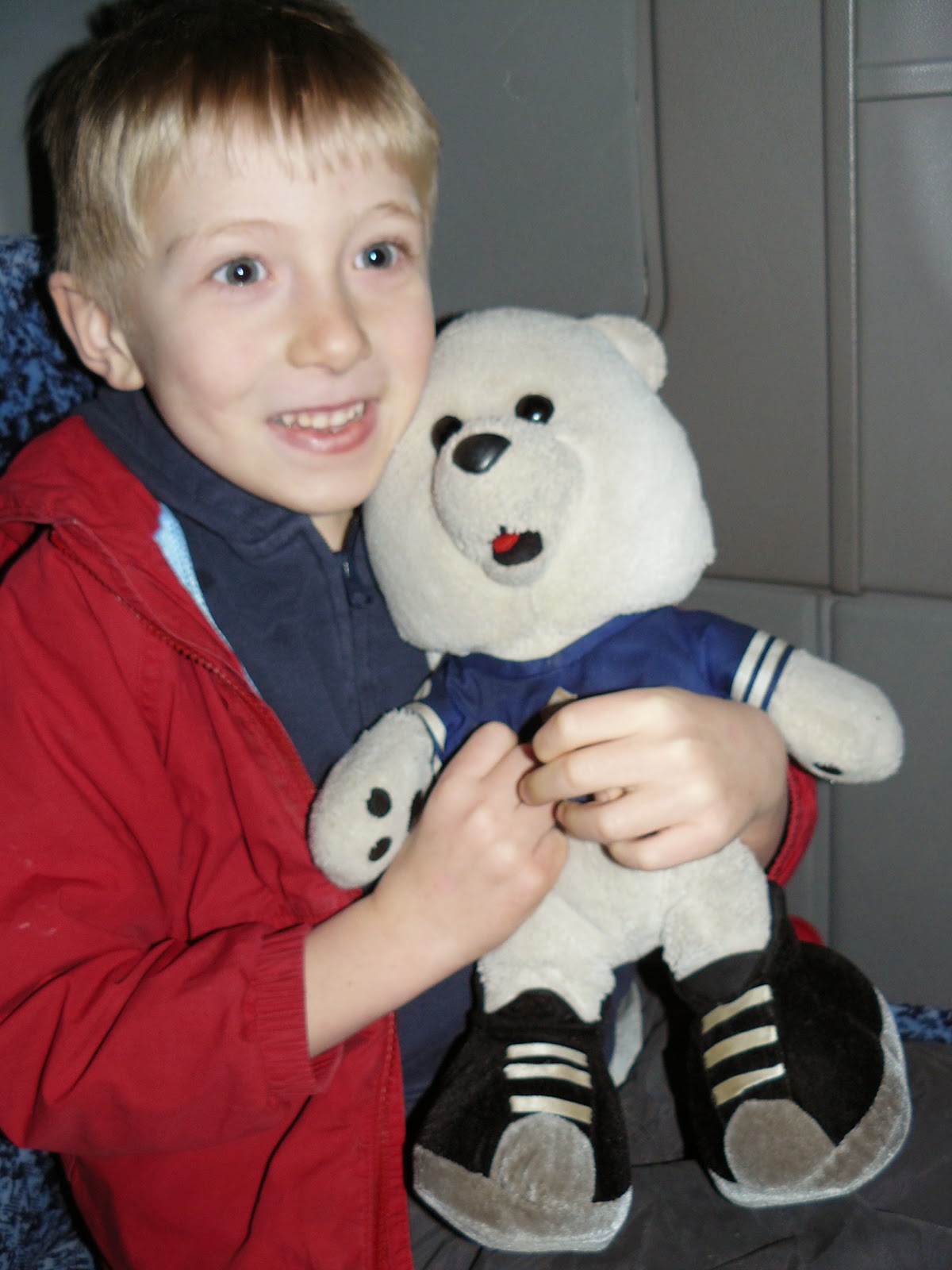 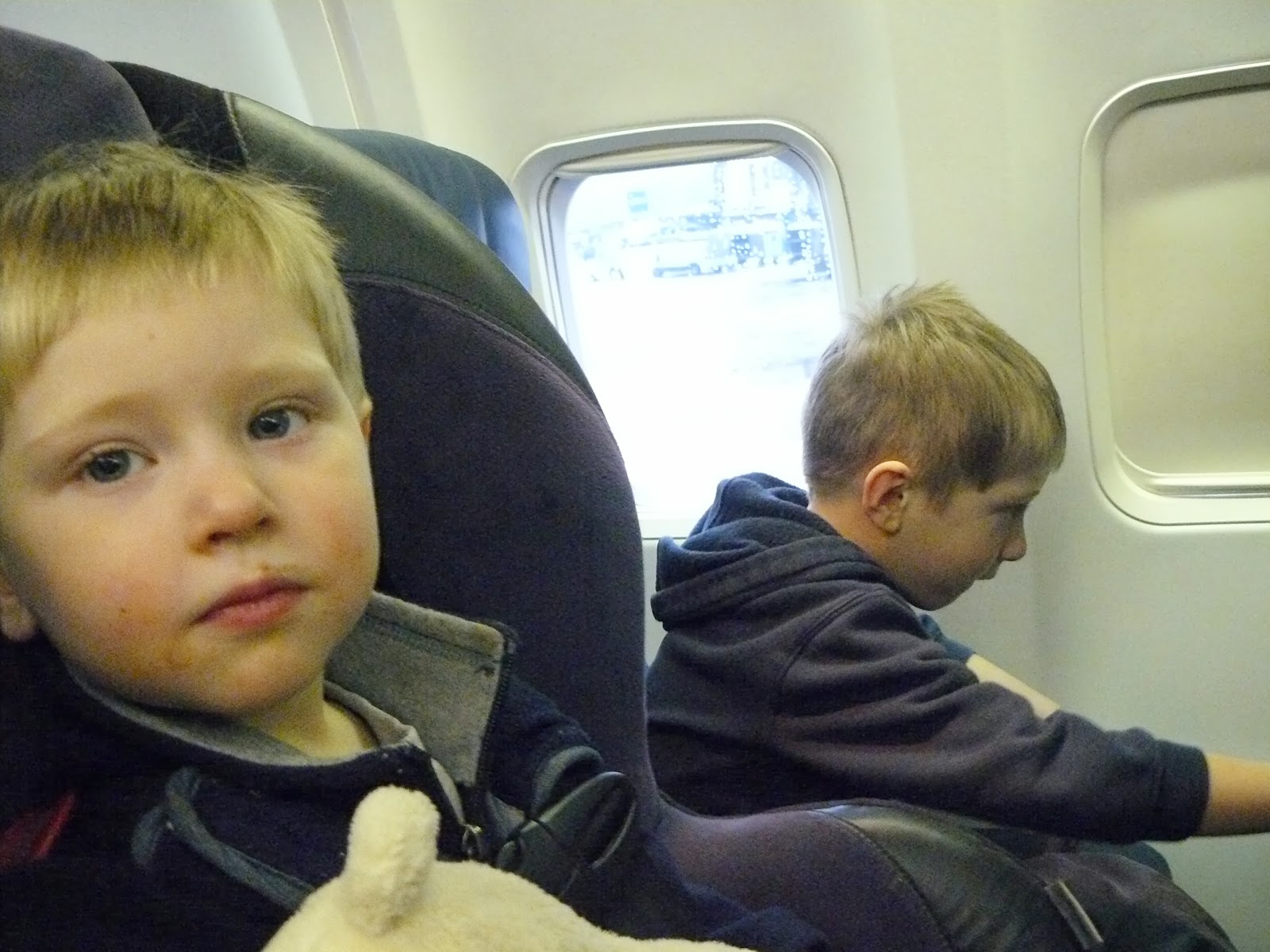 Cuppa's bear was happy just to sit still. Before long the airplane helpers told the story of the cartoon with the people hugging their chair cushions and riding on the boats hidden on the plane, and sliding on the slides. We never got to see those rides though, our plane just used the airport to get people on and off.

Once the pilot got our plane going, the boys played with magna doodles and had naps. That's the best way to fly. 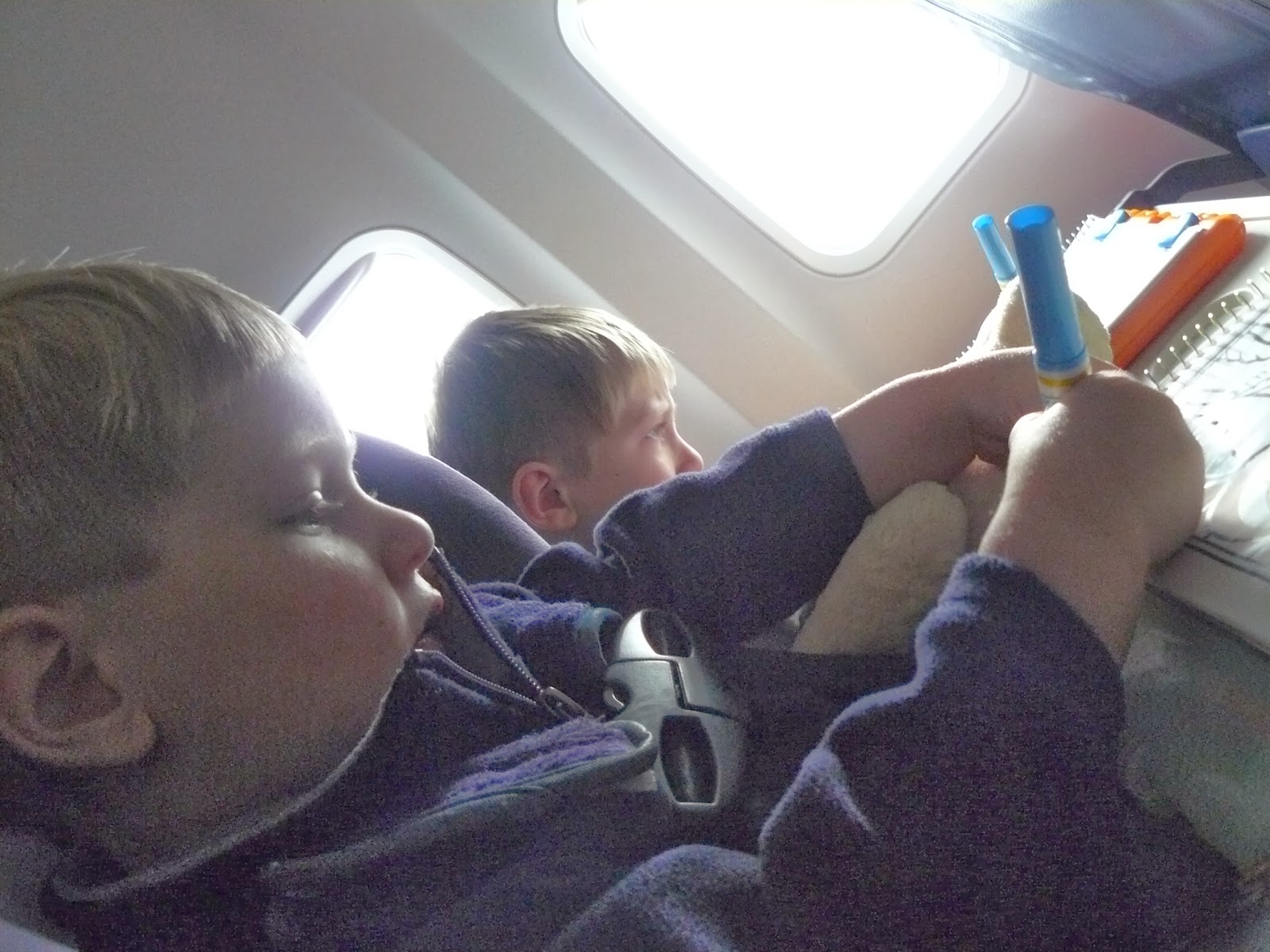 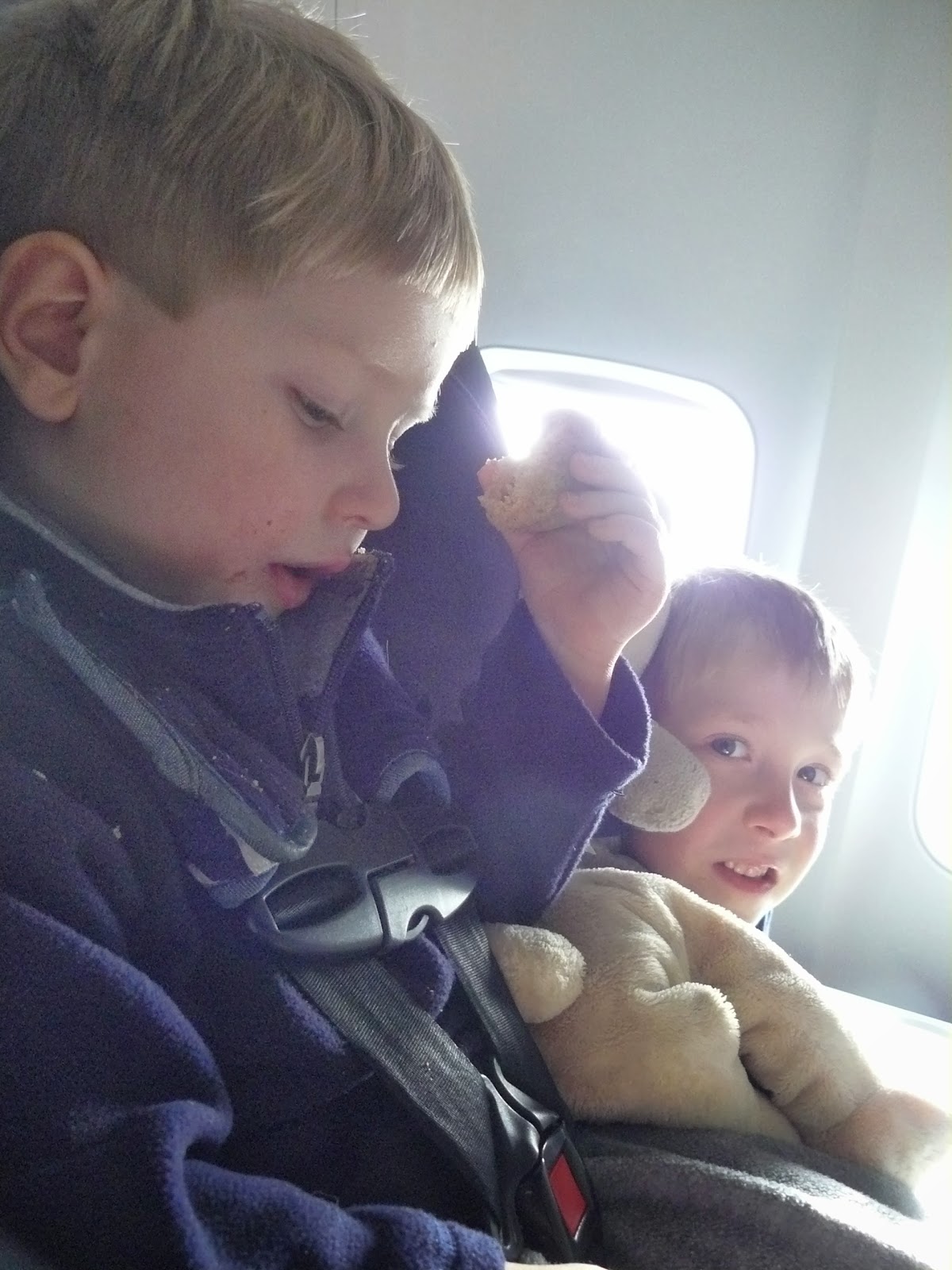 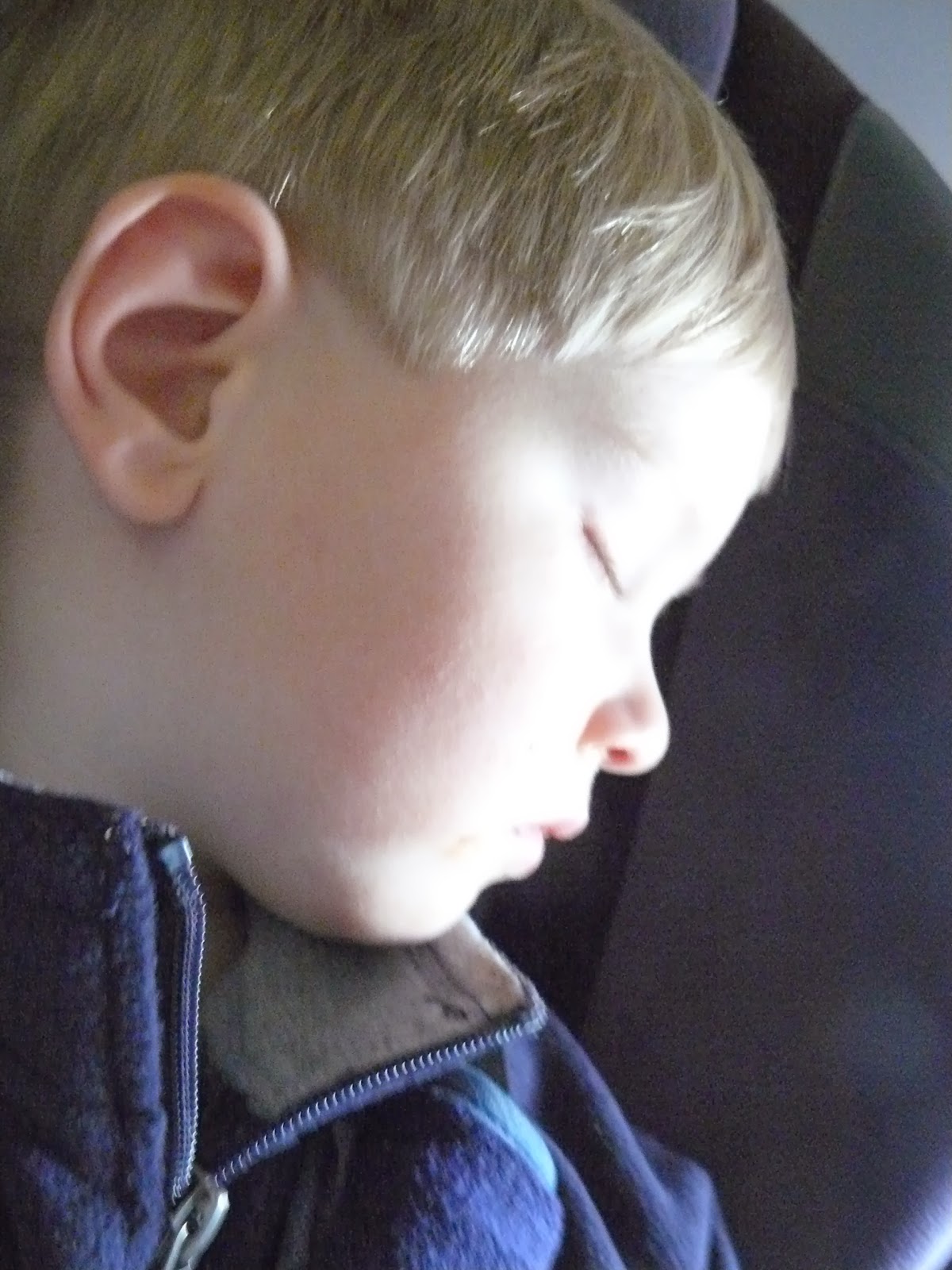 The plane stopped for lunch in Charlotte North Caroline, where there was no snow, but it was still too cold for butterflies. Then we caught another plane to go to Miami. In Miami it was HOT - really hot. So we put on shorts and went to the park to play. 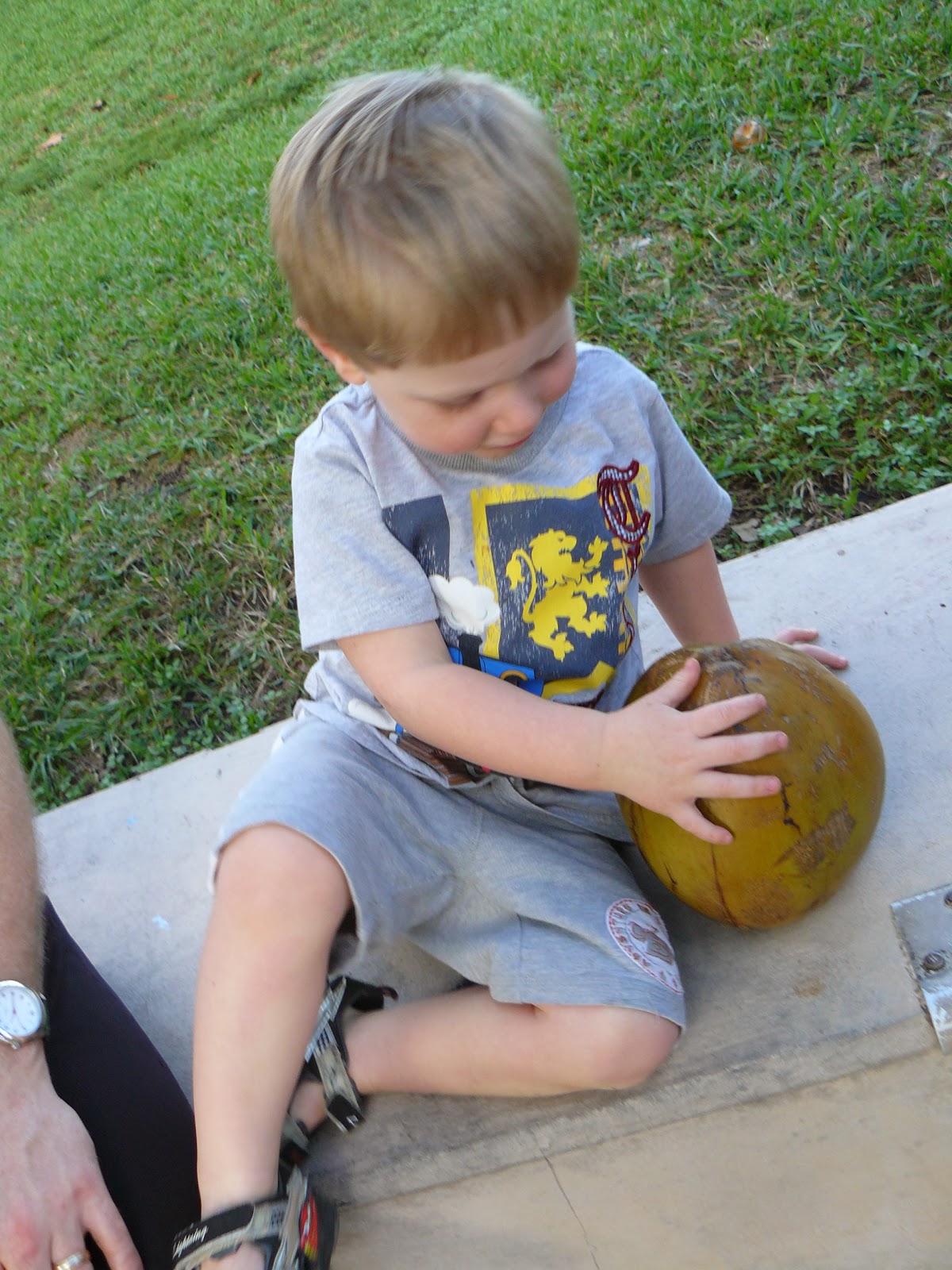 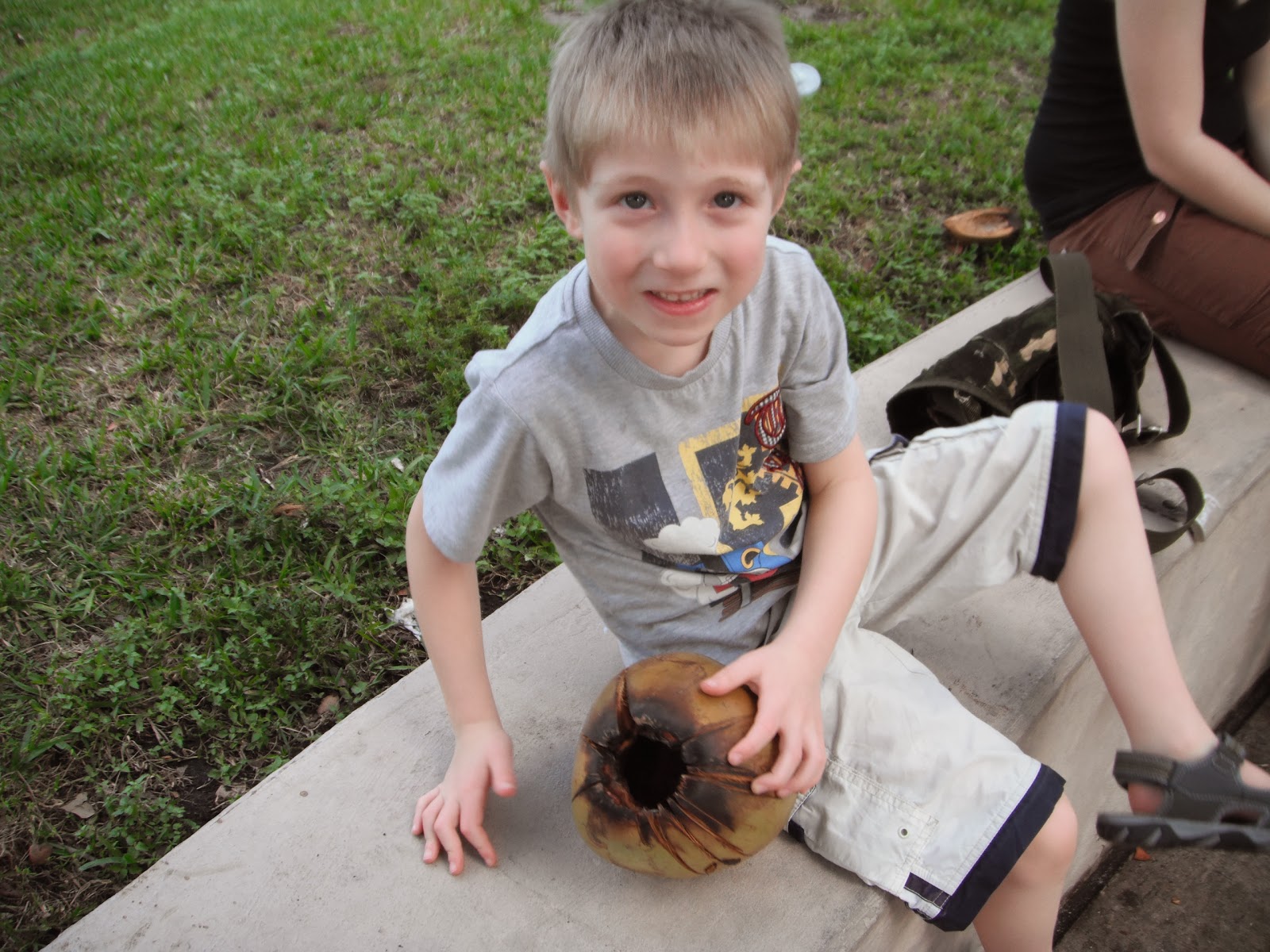 At the park Dad tried for a family photo, but well... 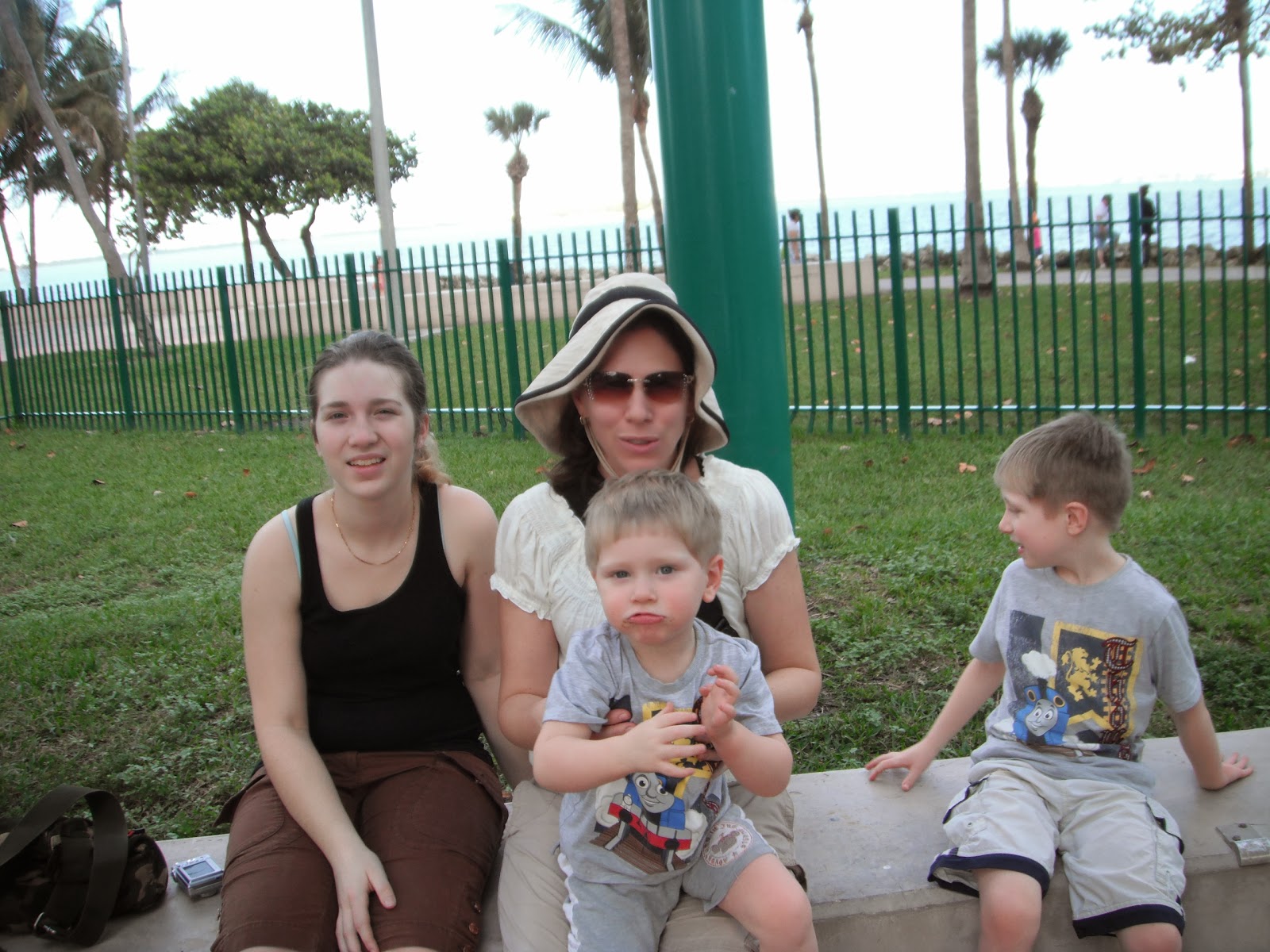 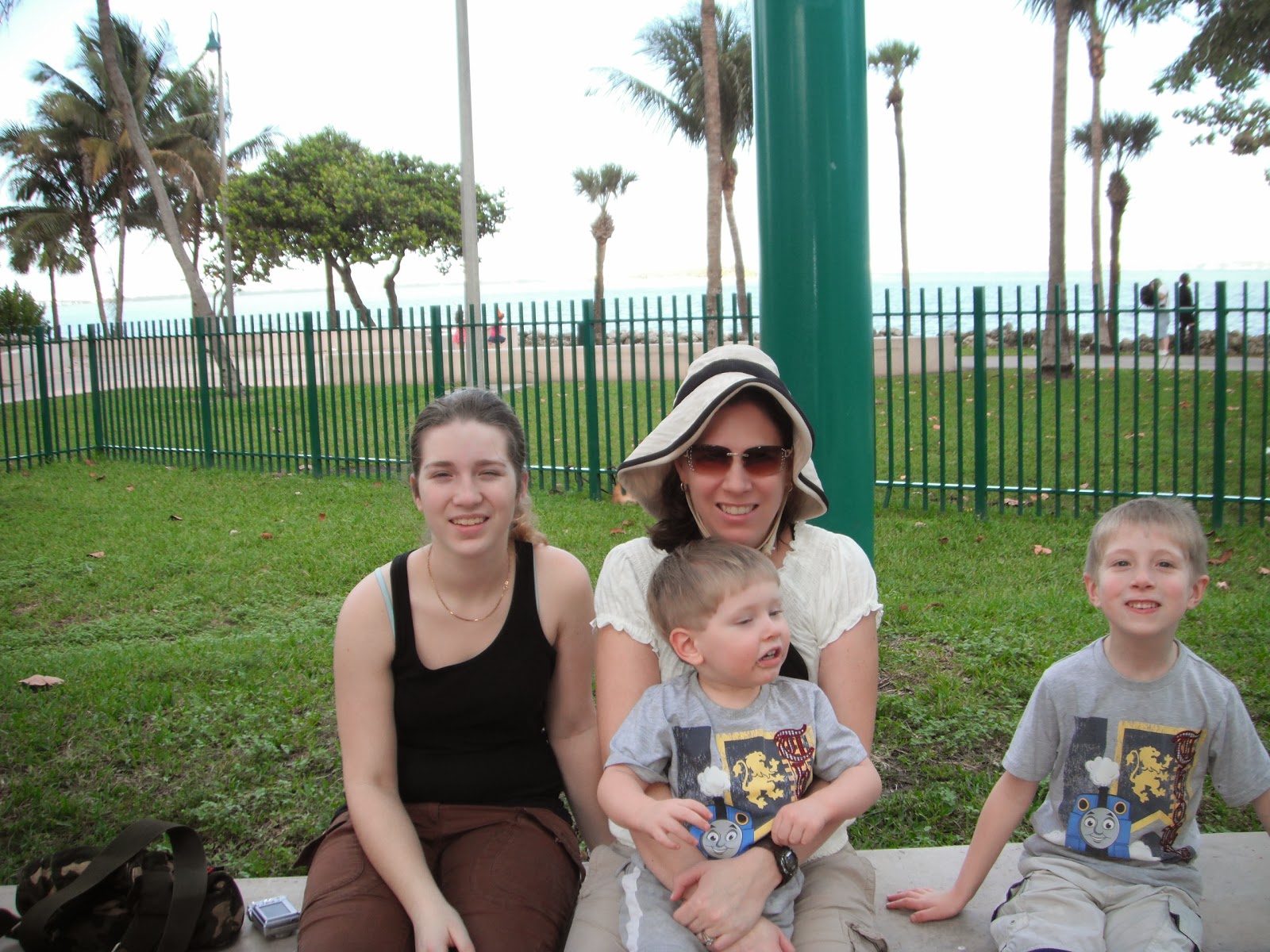 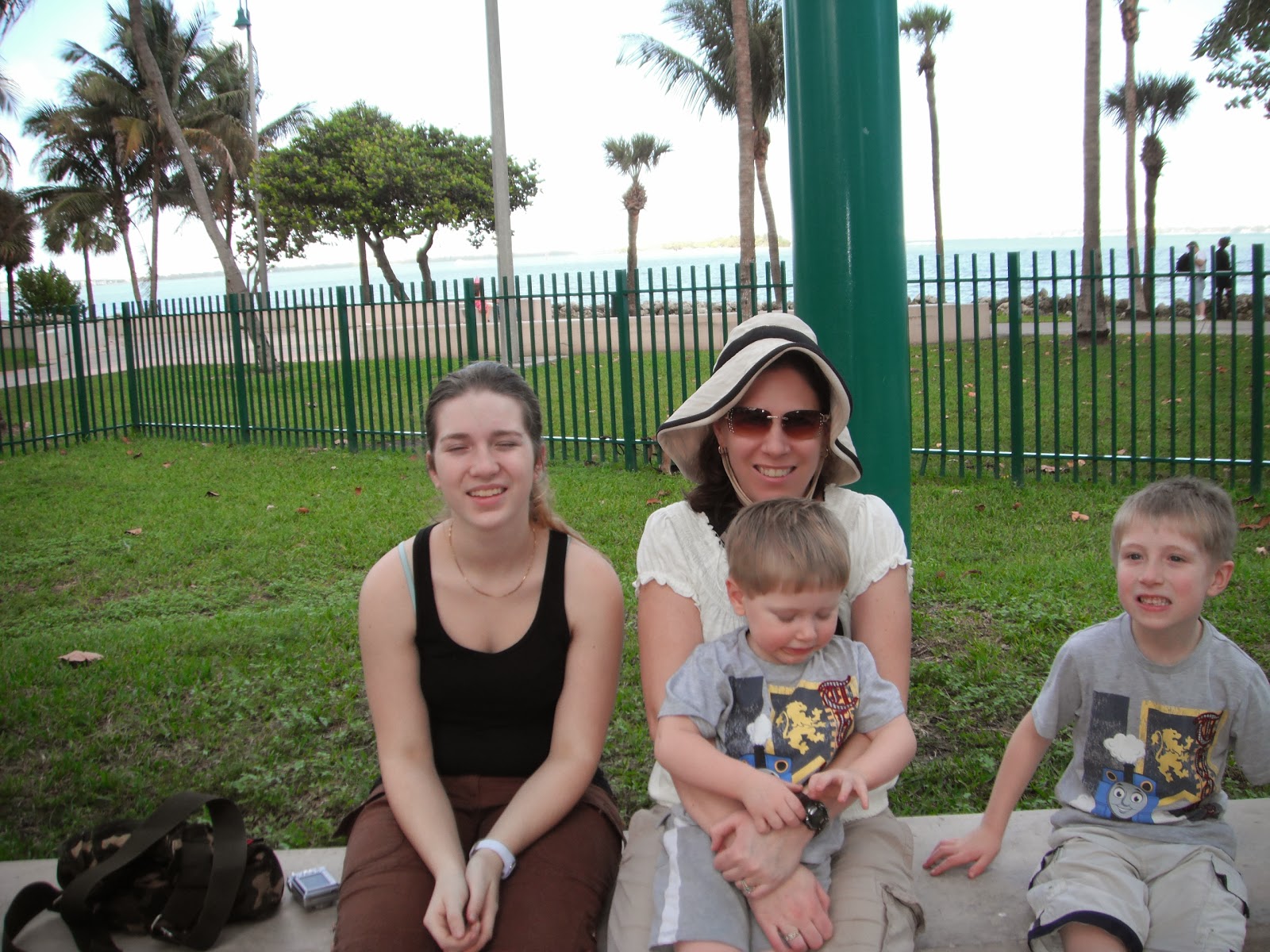 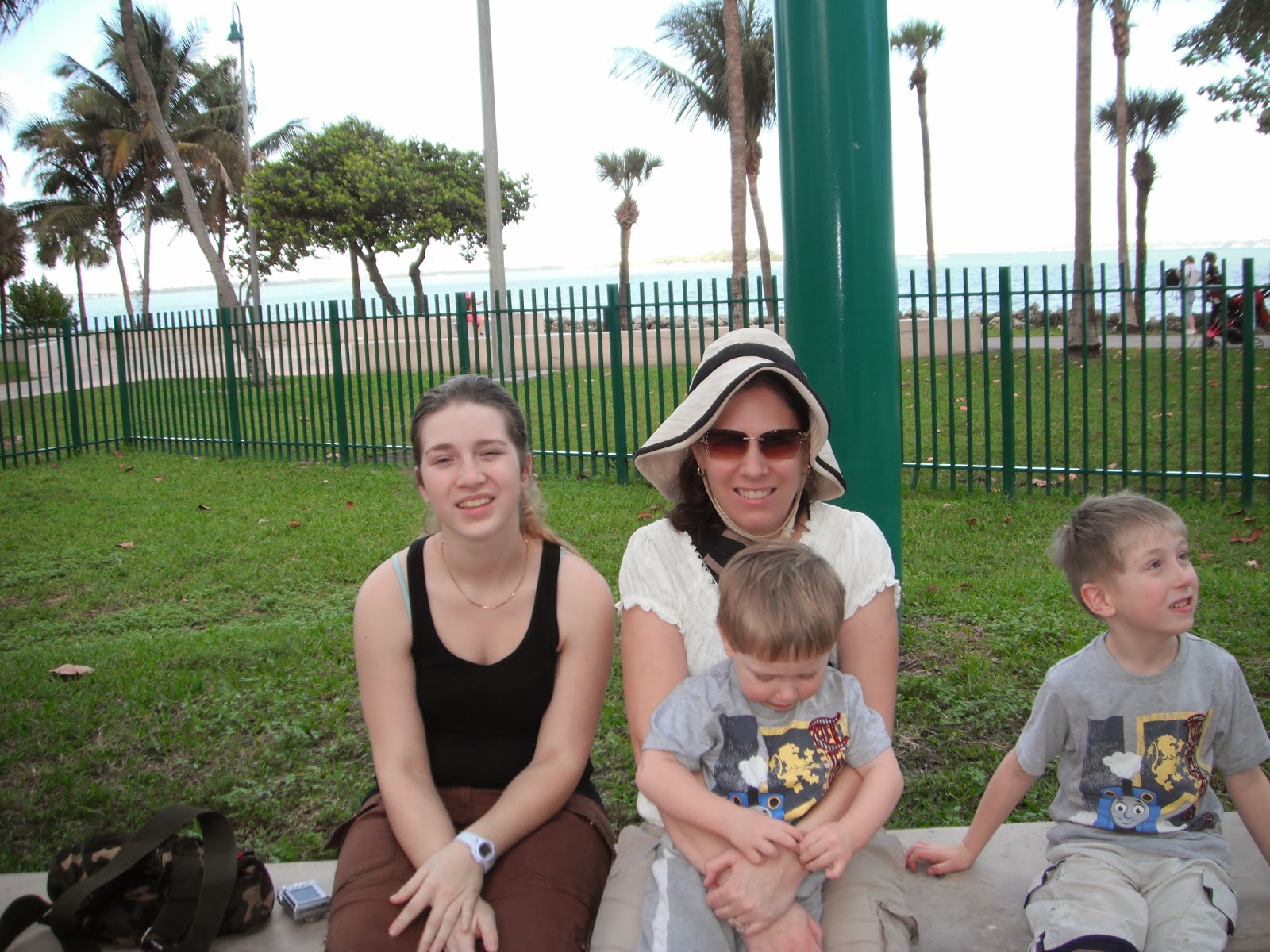 Pick the least worst one.

Our hotel in Miami was the Marriott Biscayne Bay, which was a very nice hotel. our room was way up on the 23rd floor (or so) and the pool was way down on the 5th floor, so we got to ride a lot of elervaters or alligators depending on which of the boys you asked.

The room and hotel were really nice, and I would stay there again. The room had a pair of queen size beds, and a cot for Cuppa. The pool and hottub were lit at night, but the decks around them weren't so you got glowing pools to look down on, and Biscayne Bay to look out on. With some effort we were even able to pick out the cruise ships docked over at the port of Miami.

Mostly we were happy to have gone from -30°C to +30°C and finally be where butterflies go in the winter. 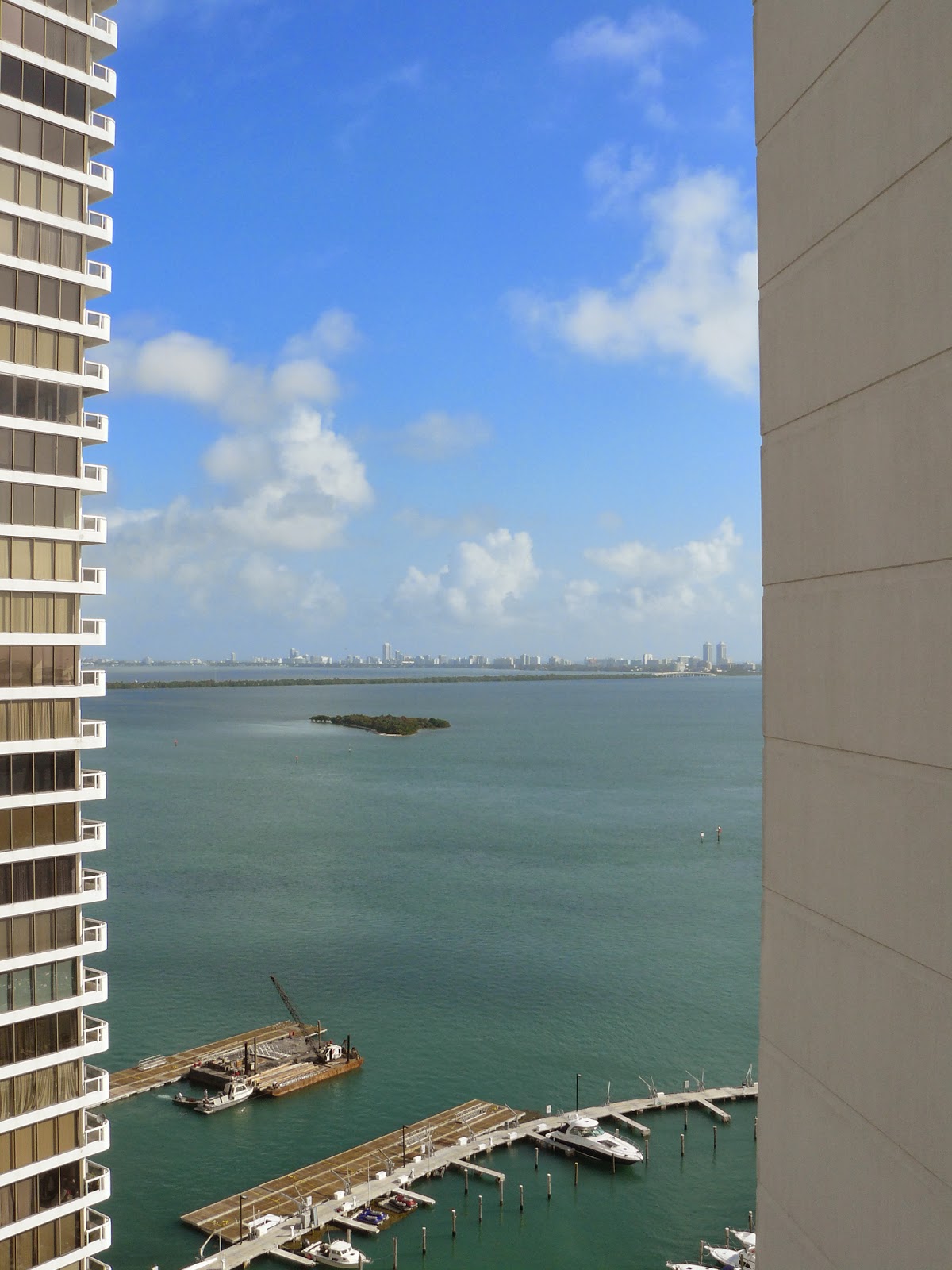 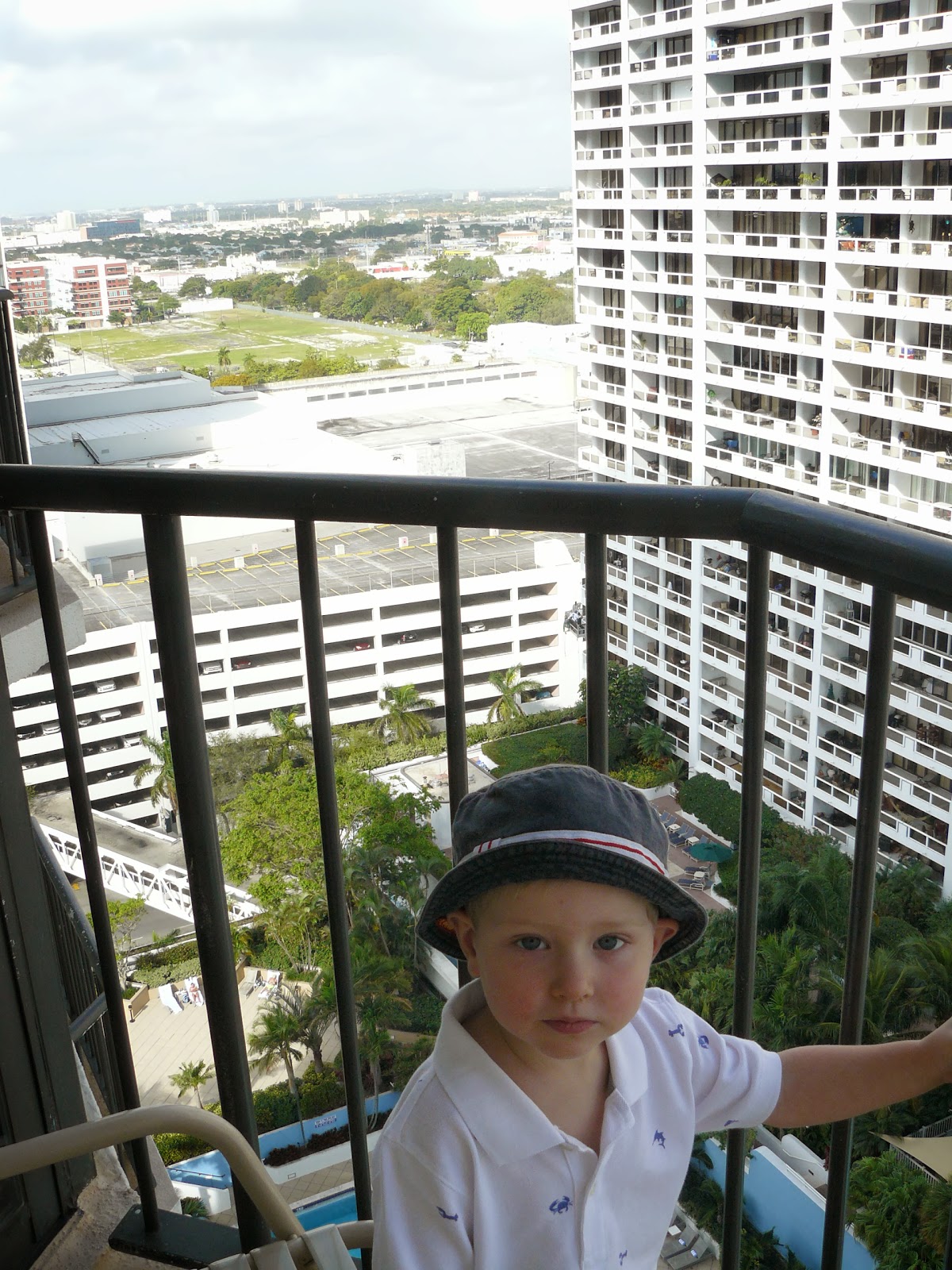 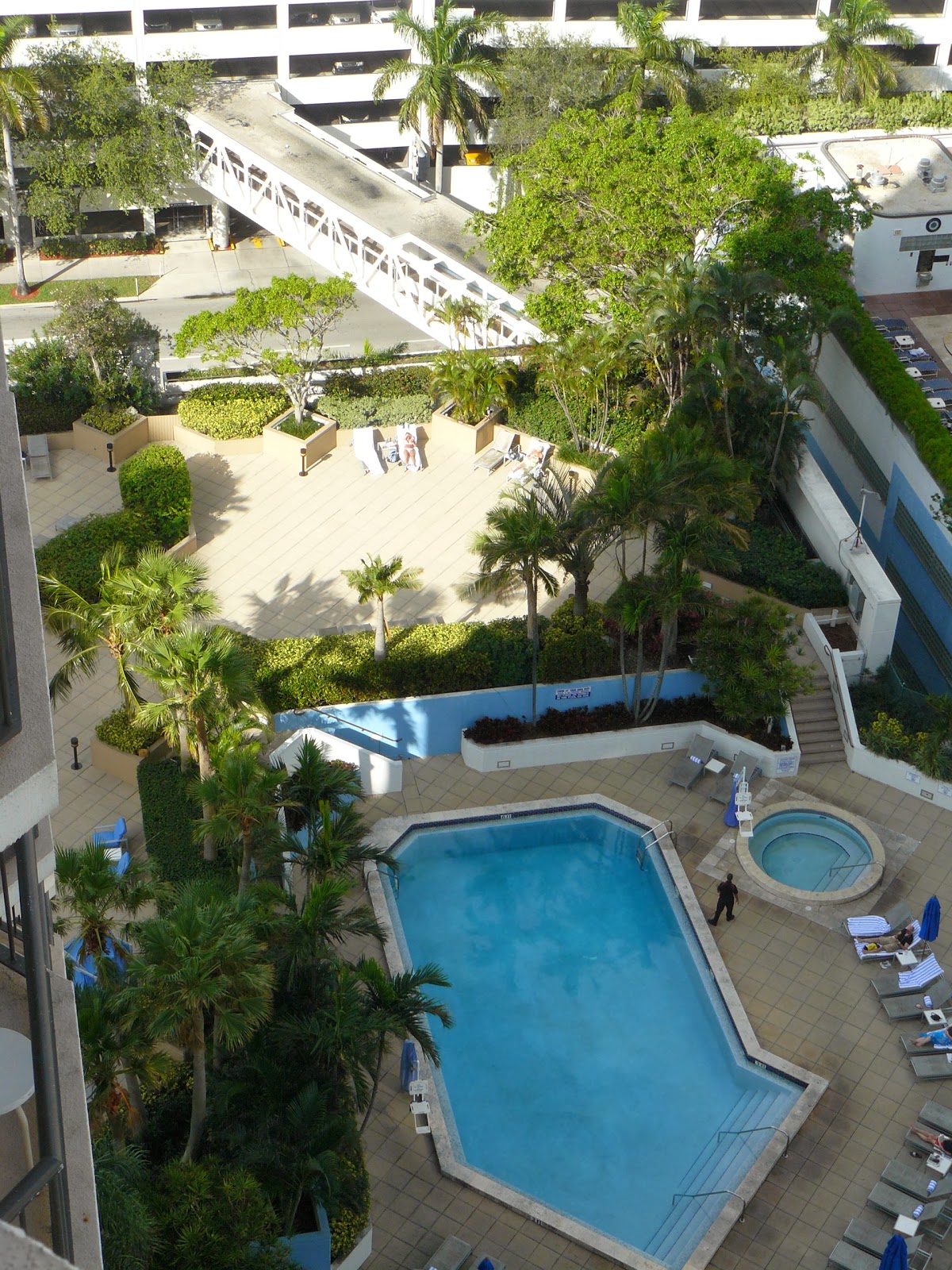 For dinner we walked around the block and found a Checkers drive through nearby. I remembered some fun times at Checkers in Georgia when I was in my early 20's, so I thought it would be fun to get dinner there again. It turned out that Checkers in Miami is where a lot of the homeless gather. When I let a couple guys in line ahead of us, they weren't sure what to make of it. One guy came up in a wheelchair, and after having the menu read to him, ordered "same as yesterday" which the waitress packaged up for him. Obviously this was a daily event. He paid and wheeled away without his food. I grabbed the bag and ran it over to him, and he wasn't sure how to receive it. I felt bad for these folks, and hoped Chuck was seeing them through compassionate eyes.

After we ate, we returned to the hotel for a post dinner swim and a soak in the hot tub before bed. The next morning we would have to check out and head over to the Cruise ship terminal.