Waaaaay back last spring I put in a series of fence posts to one day support a fence of some sort which would protect children from wandering into the pool area. Then we did a complete backyard reno, planted our espalier, built retaining walls, and redid the pool. Through all that, the cheesy fenceposts stood forlornly. 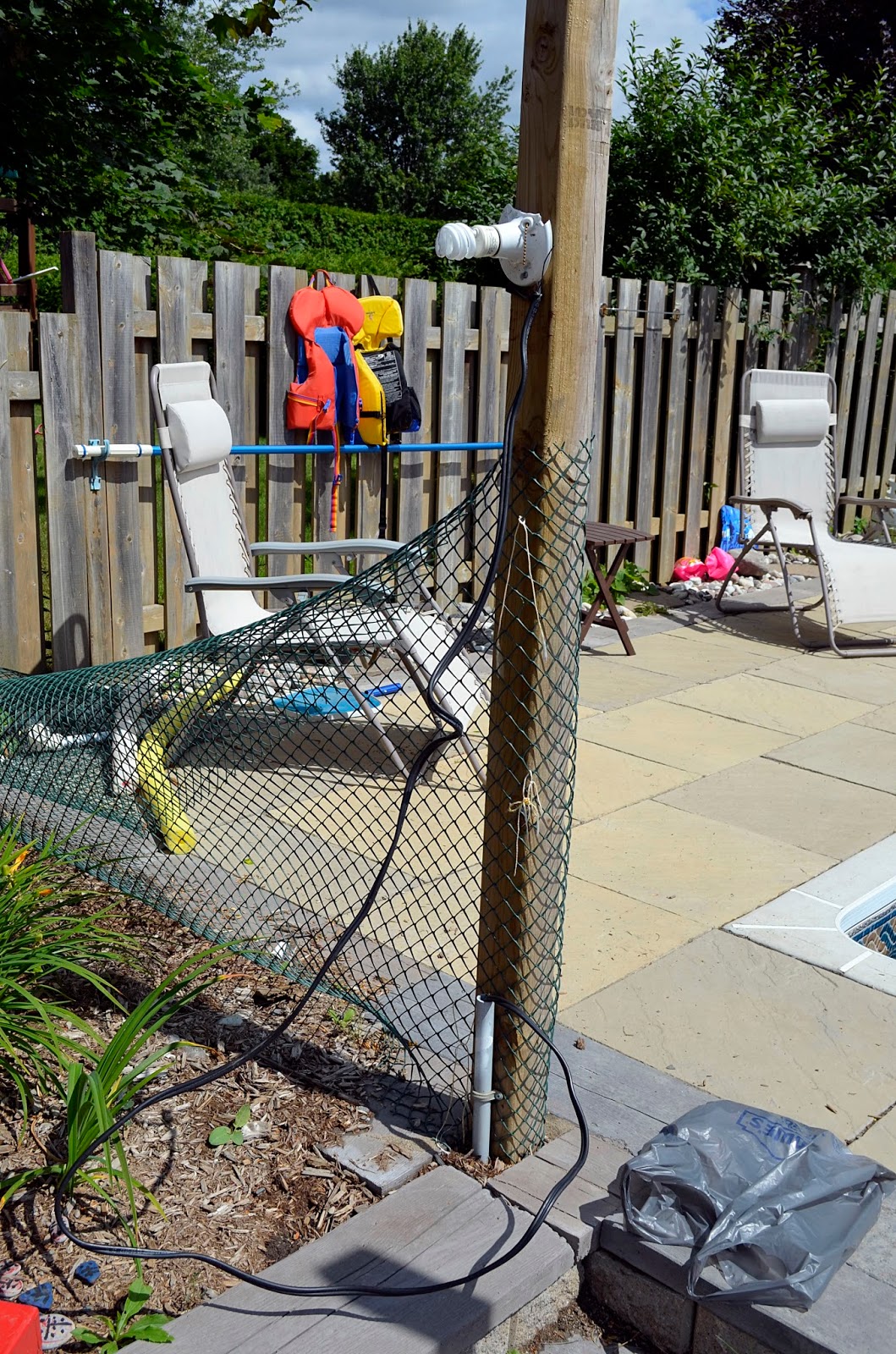 Last year we got as far as attaching some snow fence to 4X4 posts, running conduit and wiring to them, and testing the connections with some cheap plastic bulbholders. Then we left them sit for a year with the result being the pic above.

So I determined that this spring I would at least get those posts in order. Then I got around to it late in the summer. 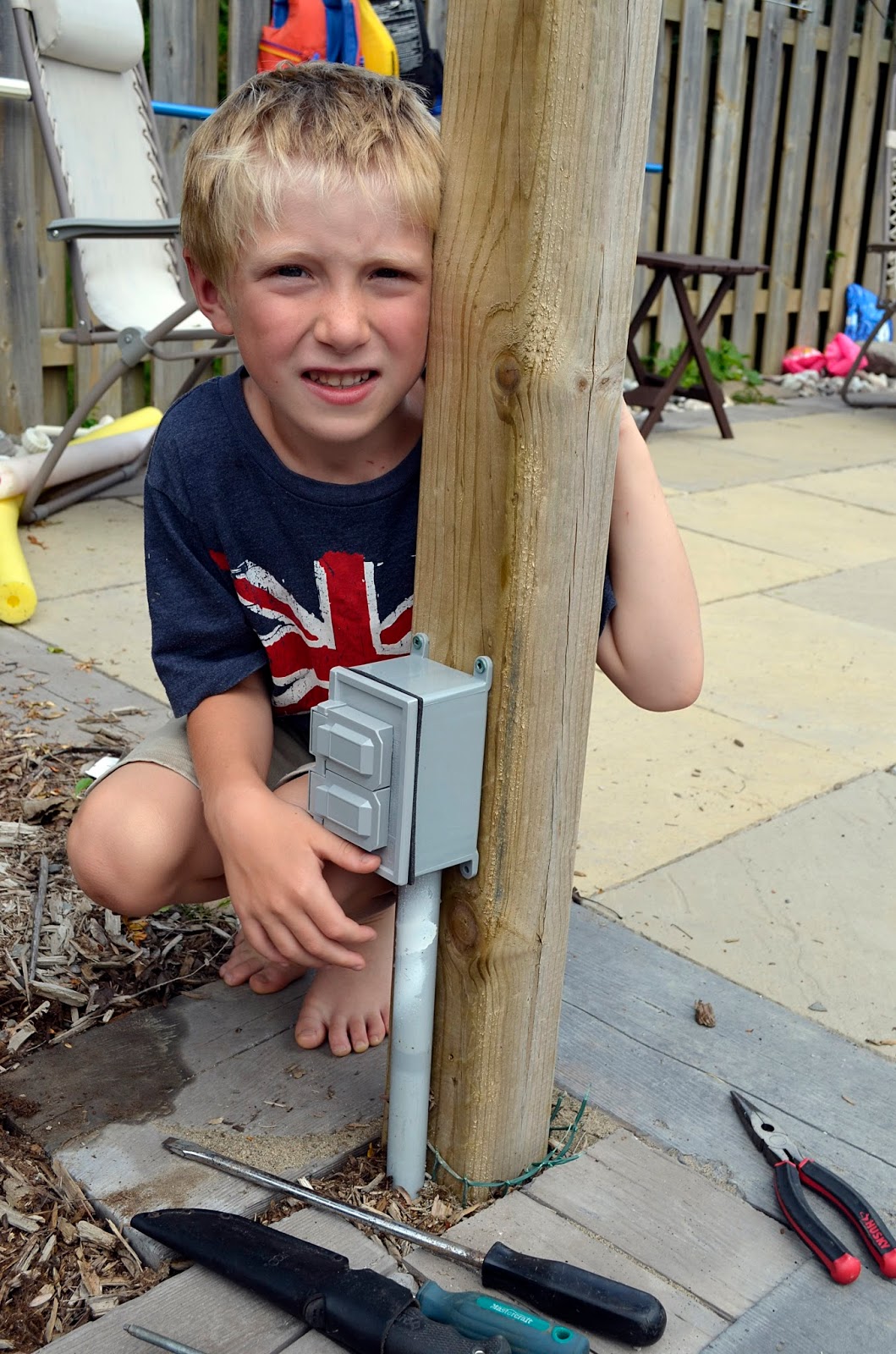 First step was to hook up the electrical properly. I got some reducers and ran the conduit up the poles. two spots were getting low-level duplex recepticals, so they were easy...

On three posts though, I wanted overhead lights for the pool. I shopped endlessly for unobtrusive lights, rated for outdoors that would cast a good light, be weatherproof, and not so big that people would be hitting their heads off them. Nothing 'designer' had the look I wanted in the size I needed. Then I saw the weatherproof utility lights at Lowes, and they were about right. I snagged 3 of them. 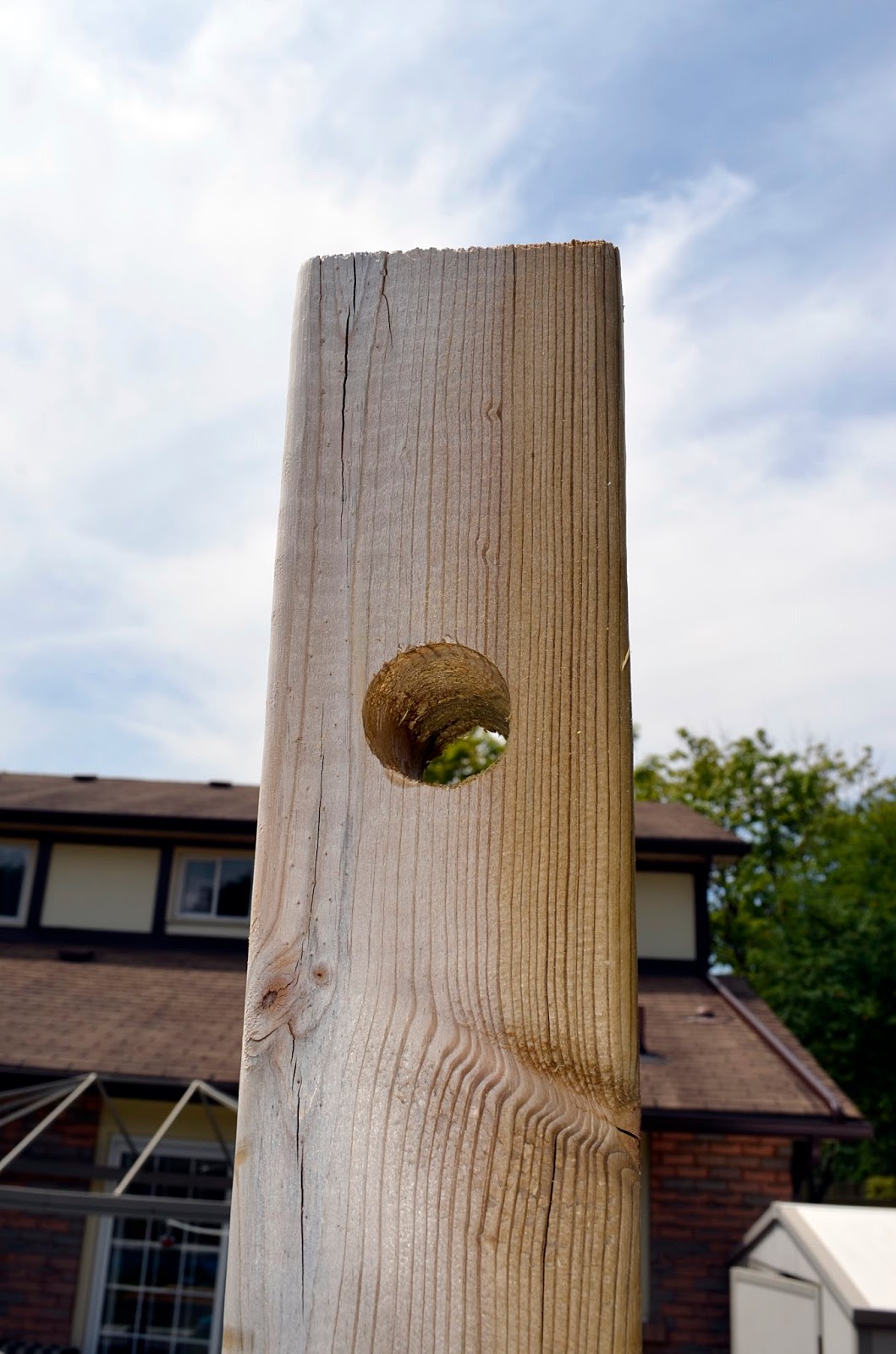 The first step in installing the lights was to through-drill the posts. I made a pilot hole, then used a forstner bit to go through the post. With the hole in place, I ran conduit and wiring up the posts and out the other side. 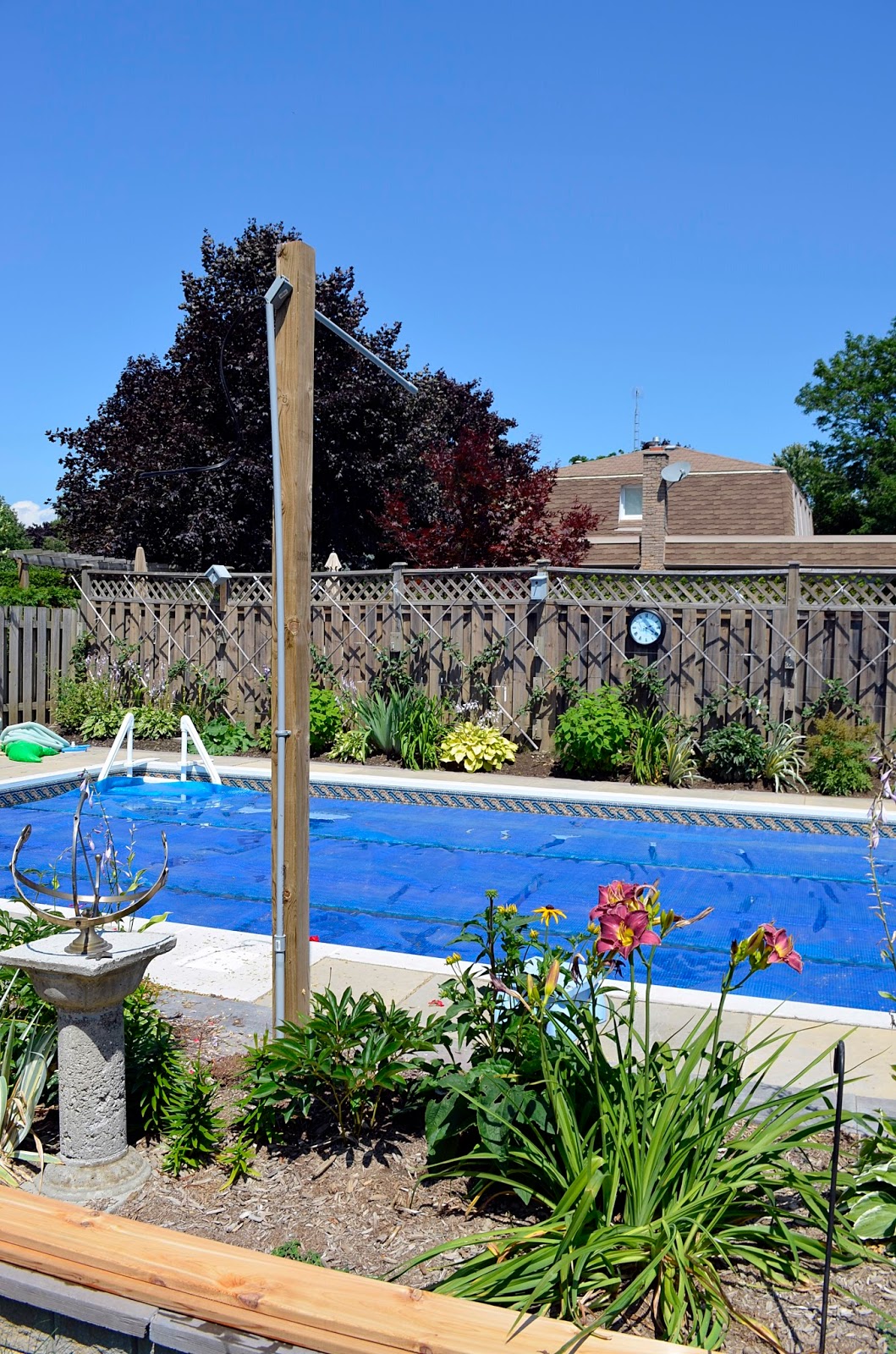 Once everything was lined up and glued in, I attached the electrical boxes for the lights, and turned my attention to woodworking. My idea was to transform my cheap pressure treated 4X4 posts into lovely cedar timbers with all the wiring and conduit hidden inside them. 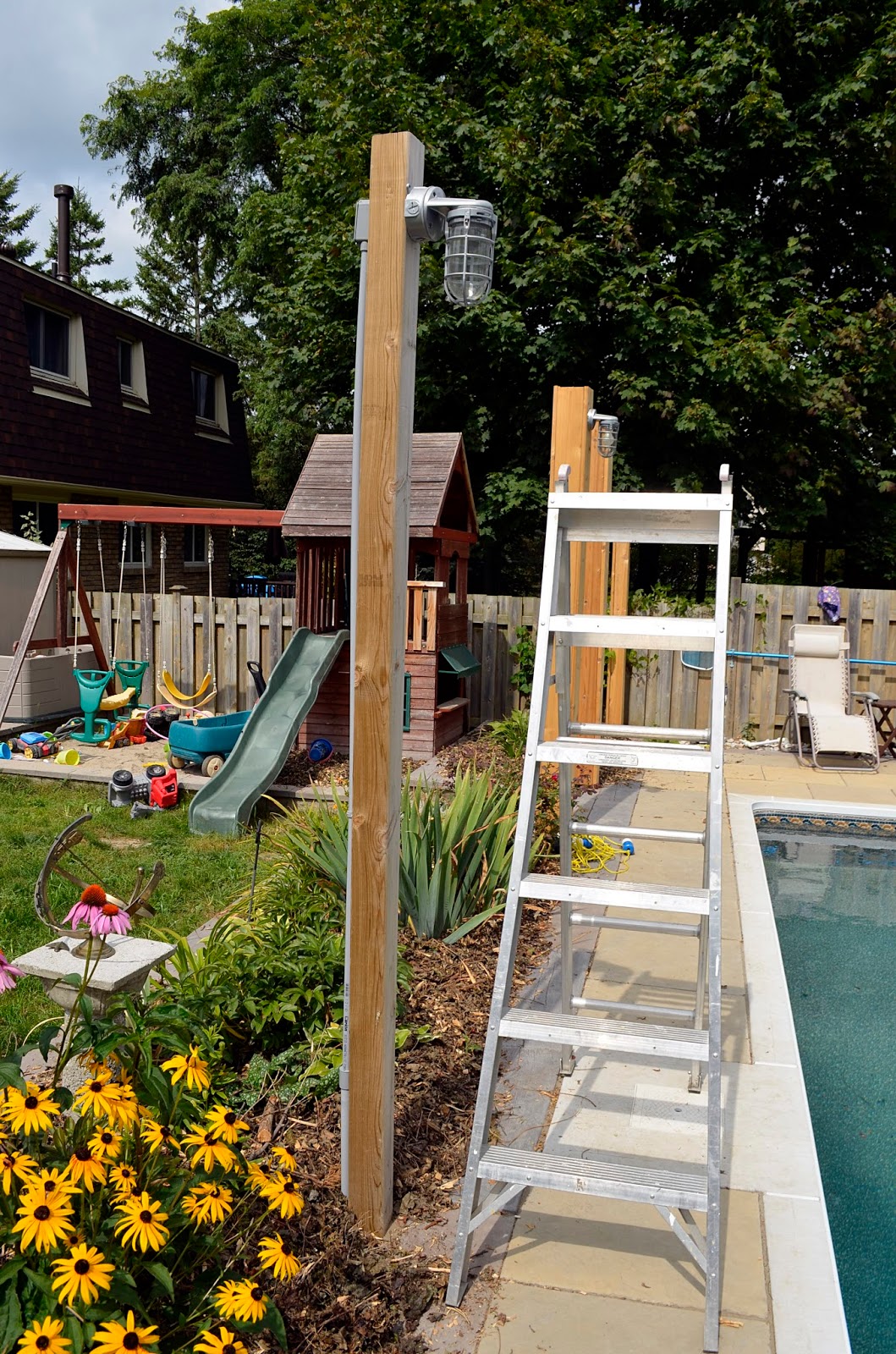 I started by using a hole saw to cut an opening in the end of the boards that was about the same size as the electrical boxes, then I used the router to cut flats to match the boxes' shape. A spare electrical box was handy to use as a template. 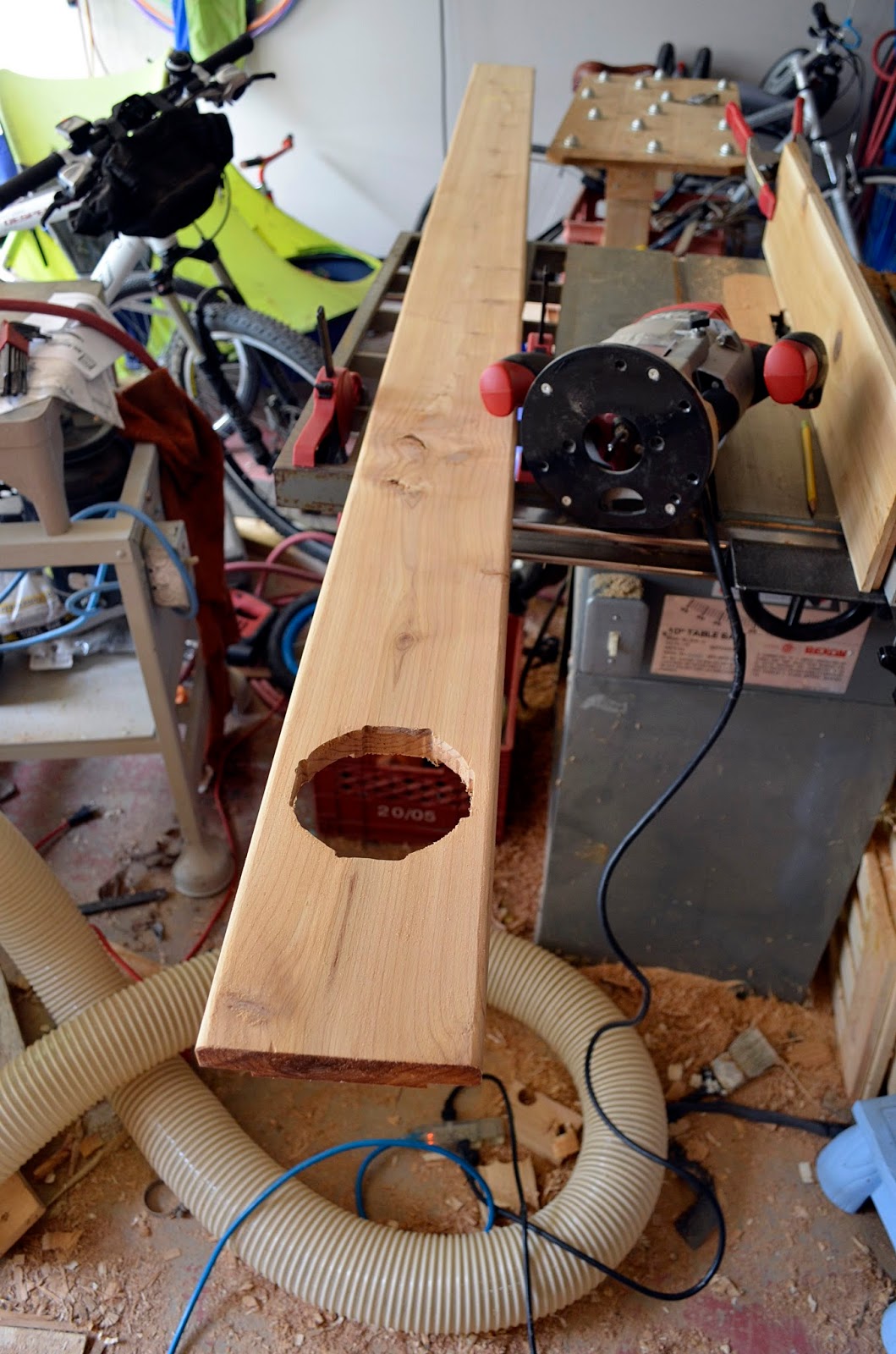 Flipping the board over, you can see dadoes I cut to hide the seams between boards. Once I installed the boards, they would lock together on the dadoes. Although I was tempted to glue everything up, I decided not to in case I ever need to get at the wiring inside. I had to use a chisel to cut flats where the tangs for the electrical boxes stuck out. 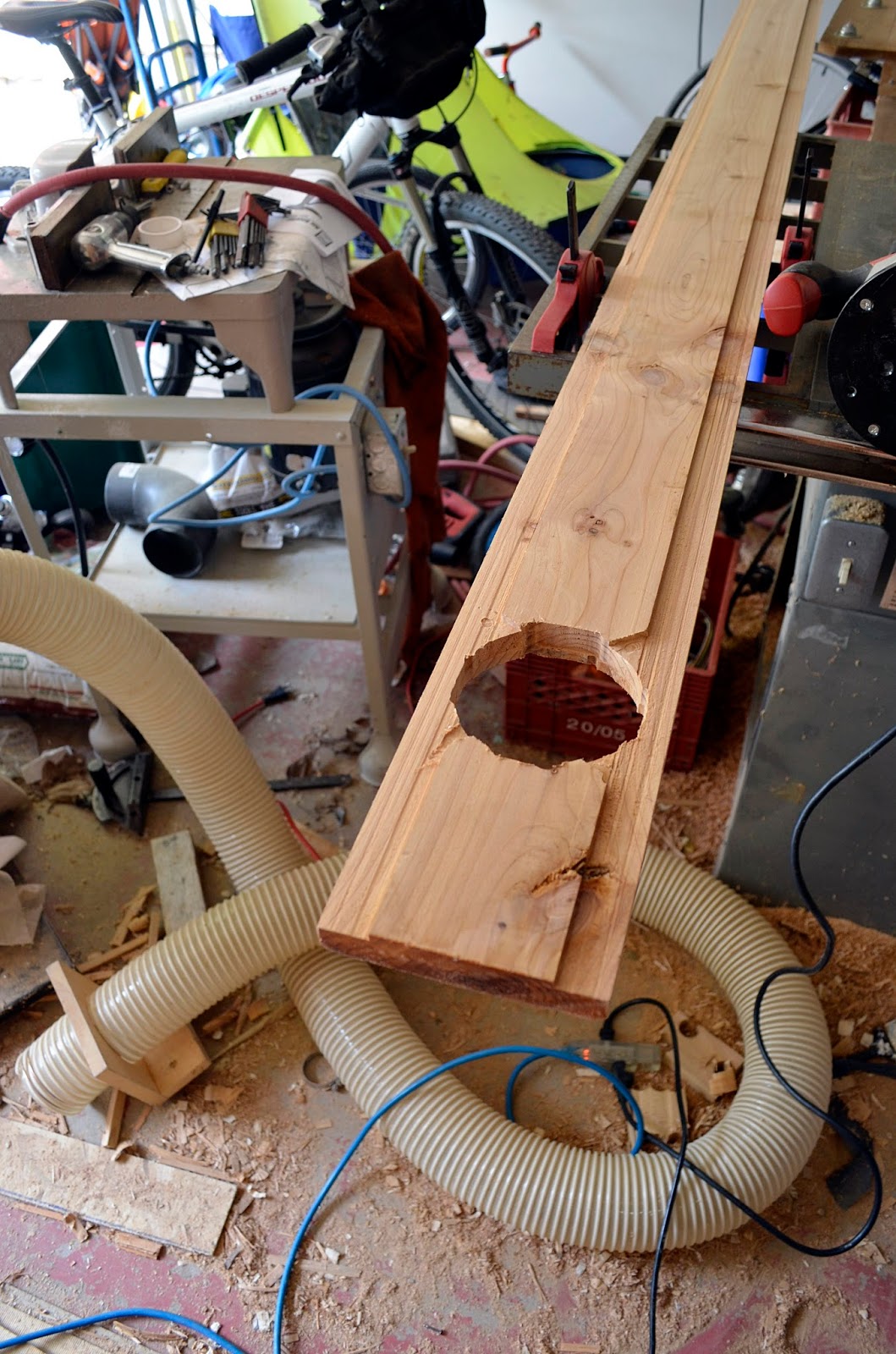 Heading outside, I put the boards up over the box for the light and screwed it to the 4X4. The two side pieces werre installed without any woodworking at all, just trimmed to length where needed. A standard 2" X 6" deckboard, 8 ft long was all I used to cover the posts, and they extended far enough to hide the conduit and electric as well. For the last board, I cut dadoes to match the front board, and routed out a recess for the junction box at the top of the post to hide in. 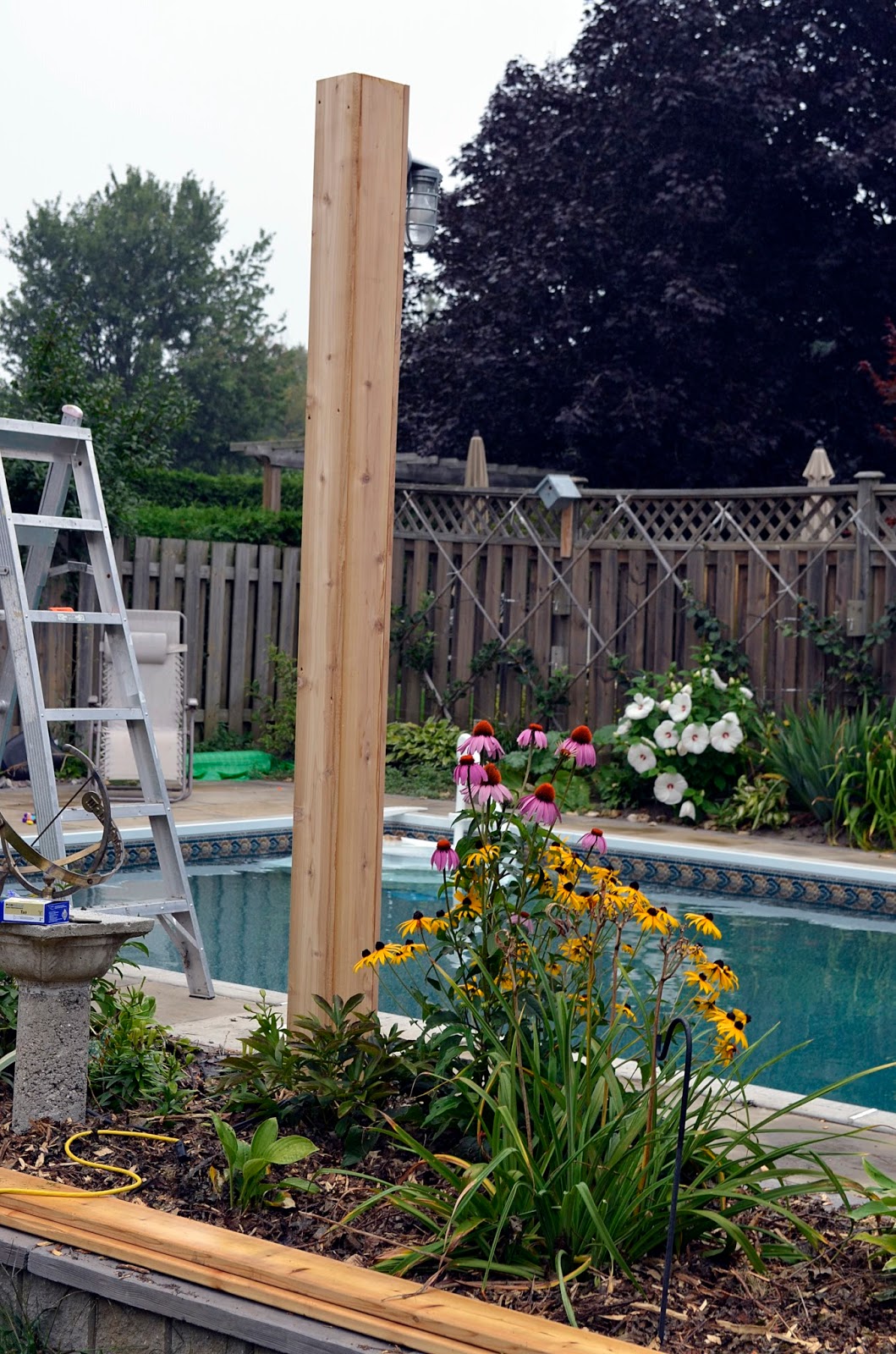 The final product is a nice looking cedar post with all the electric stuff hidden, and the lights up and over the pool. Now I can get rid of the halogen floodlight mounted to the back of the house and think about some sort of fence to go between the posts. I also need to build some post-caps, but I already have a plan to work from there. Stay tuned, I might get to it next summer... 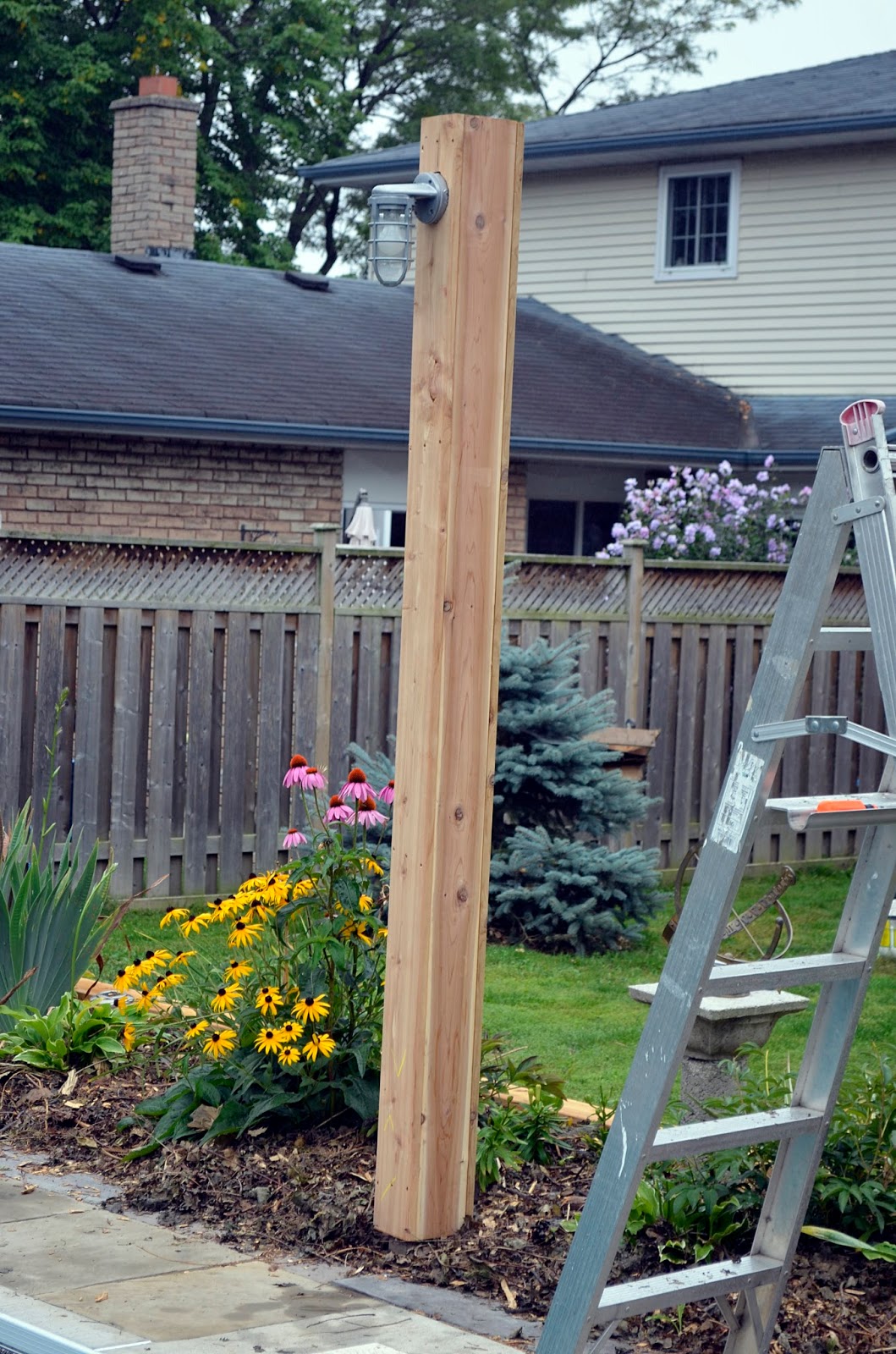 Posted by littleboatiris at Thursday, October 02, 2014