I've been holding off on posting more about the number line until I had something substantial to talk about, so its been a while. But here I am, and the news is good! We now have a fully functional fun and educational numberline for our school room. 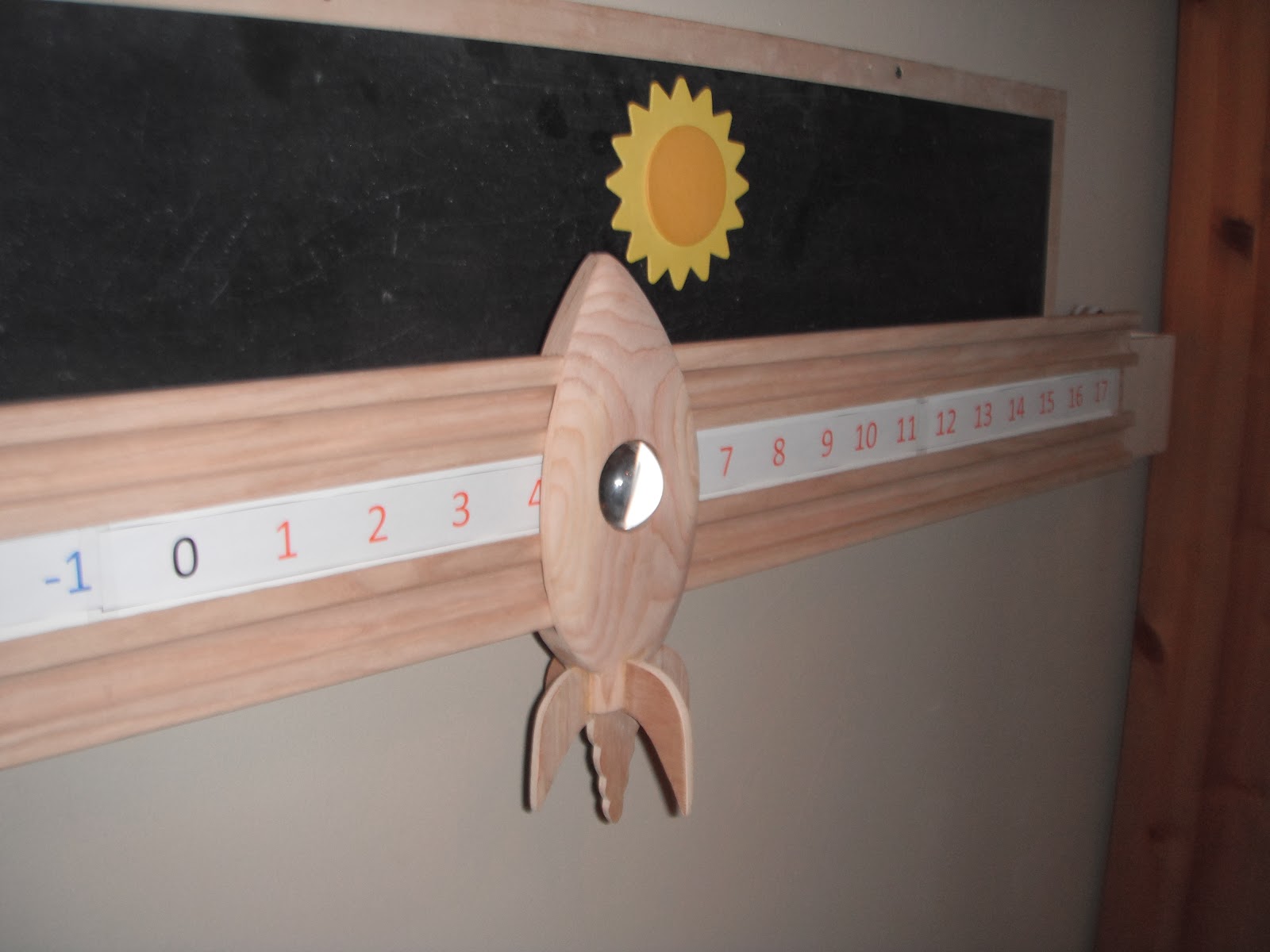 Ok, its not completely done, but we're getting close. I need to add some trim around the blackboard, and I need to paint our rocket ship, but its like, 90% done, and its hanging on the wall, 100% functional, so now I'm all happy. Here's how it works...

The window on the rocket ship is a magnifier, so when you slide the rocket along the numberline, whatever value it is over becomes 2X as large as teh other numbers. If you are 5 that is pretty darn cool! 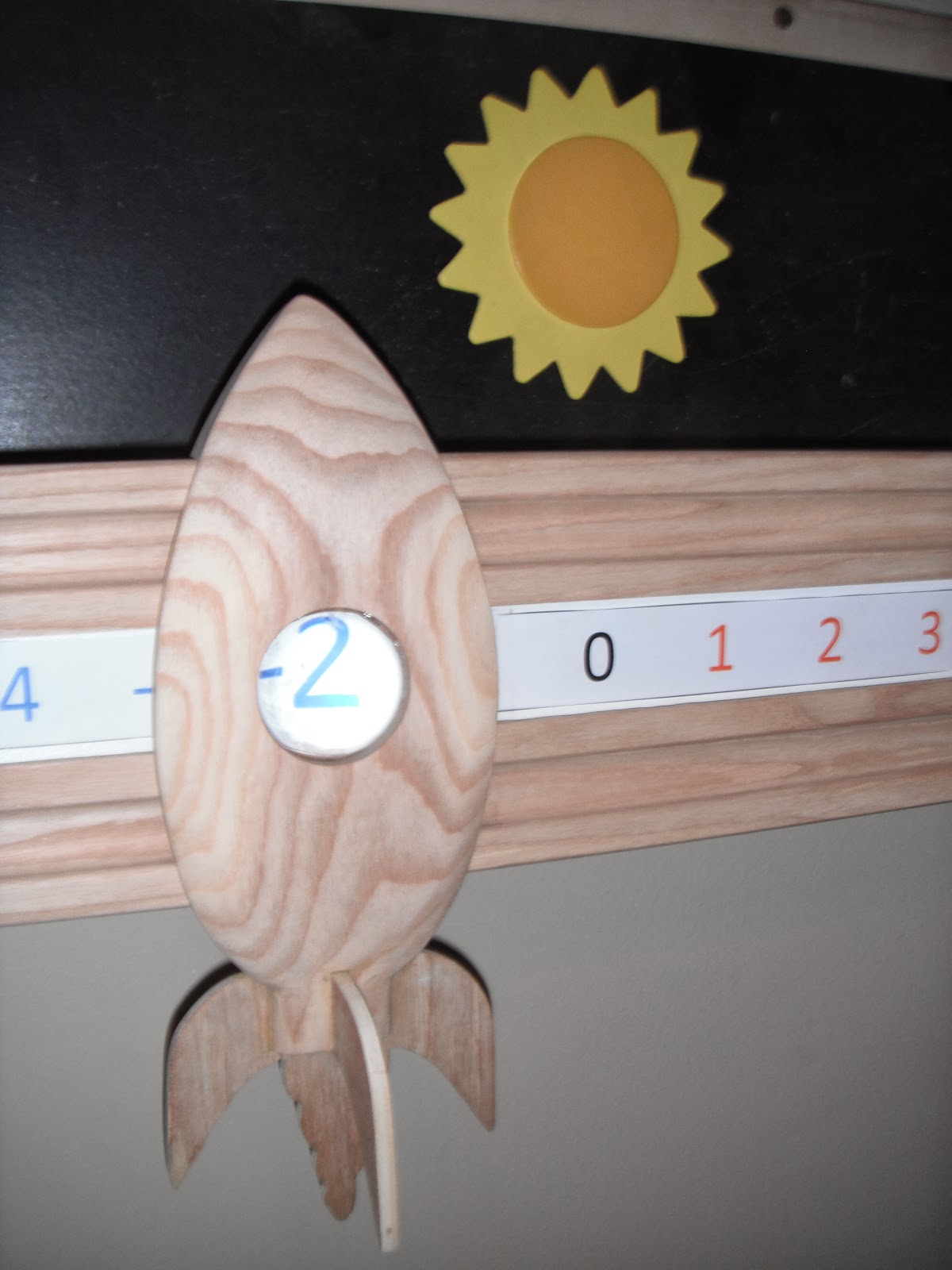 Right now our guys are mostly using this to slide the rocket over today's temperature, but I made up a pile of extra strips that we can put different scales and types of number lines on for different tasks or math units. Since the number lines are interchangeable, we can adjust things as we go to match the unit being taught in school. All those extra number lines are stored behind the sliding rocket, when you flip open the number line. 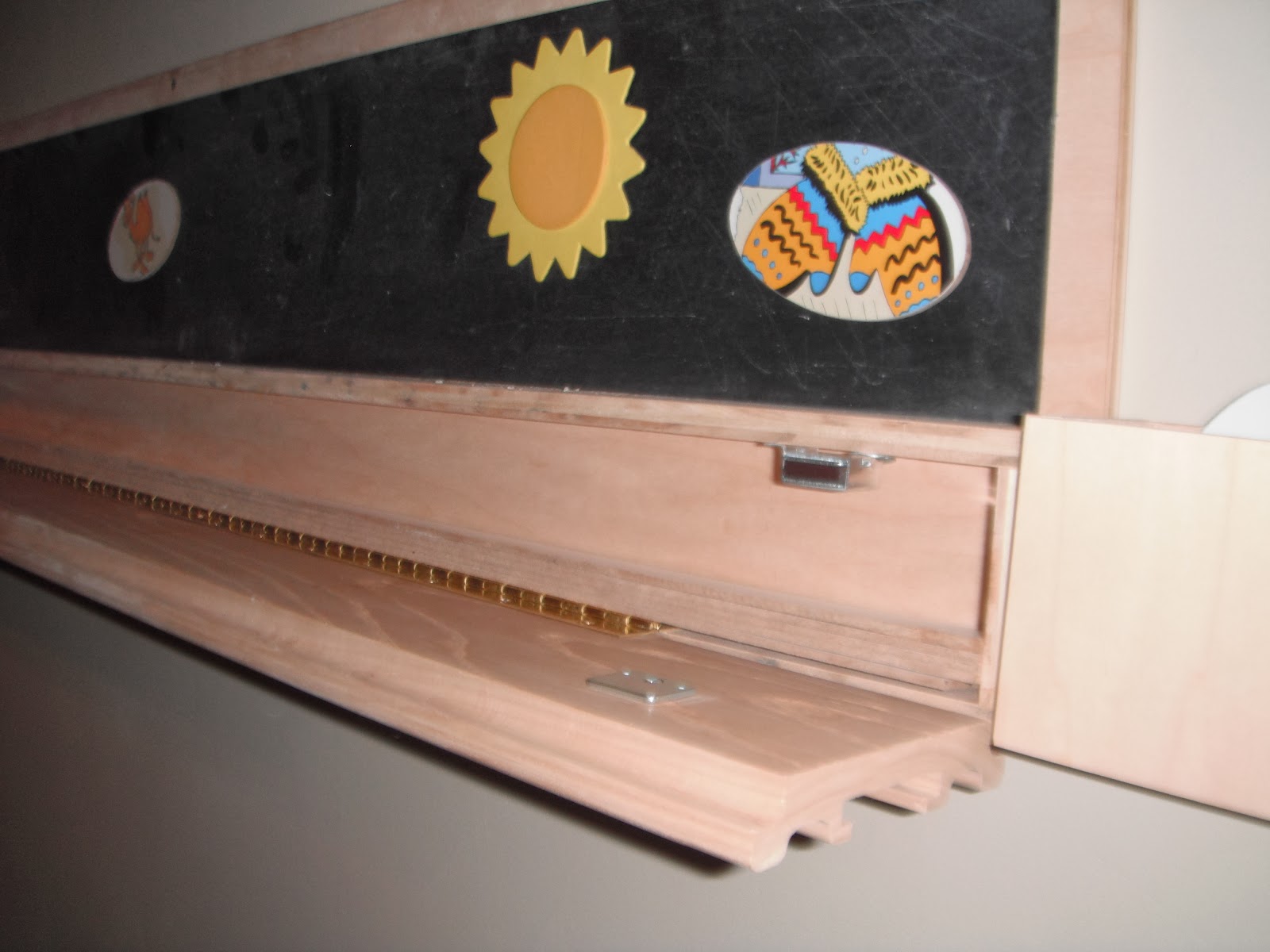 You may be looking at the face of the number line right now, and be thinking, "Man, what beautiful router work. He carved that board to look like a piece of trim out of some Victorian mansion. Truly this numberline was built by a master craftsman." Rather than go into the intricacies of why those grooves are cut in there, I am going to let you live on in that fantasy. Just know that those grooves came at a high cost and that cost included much cussing. 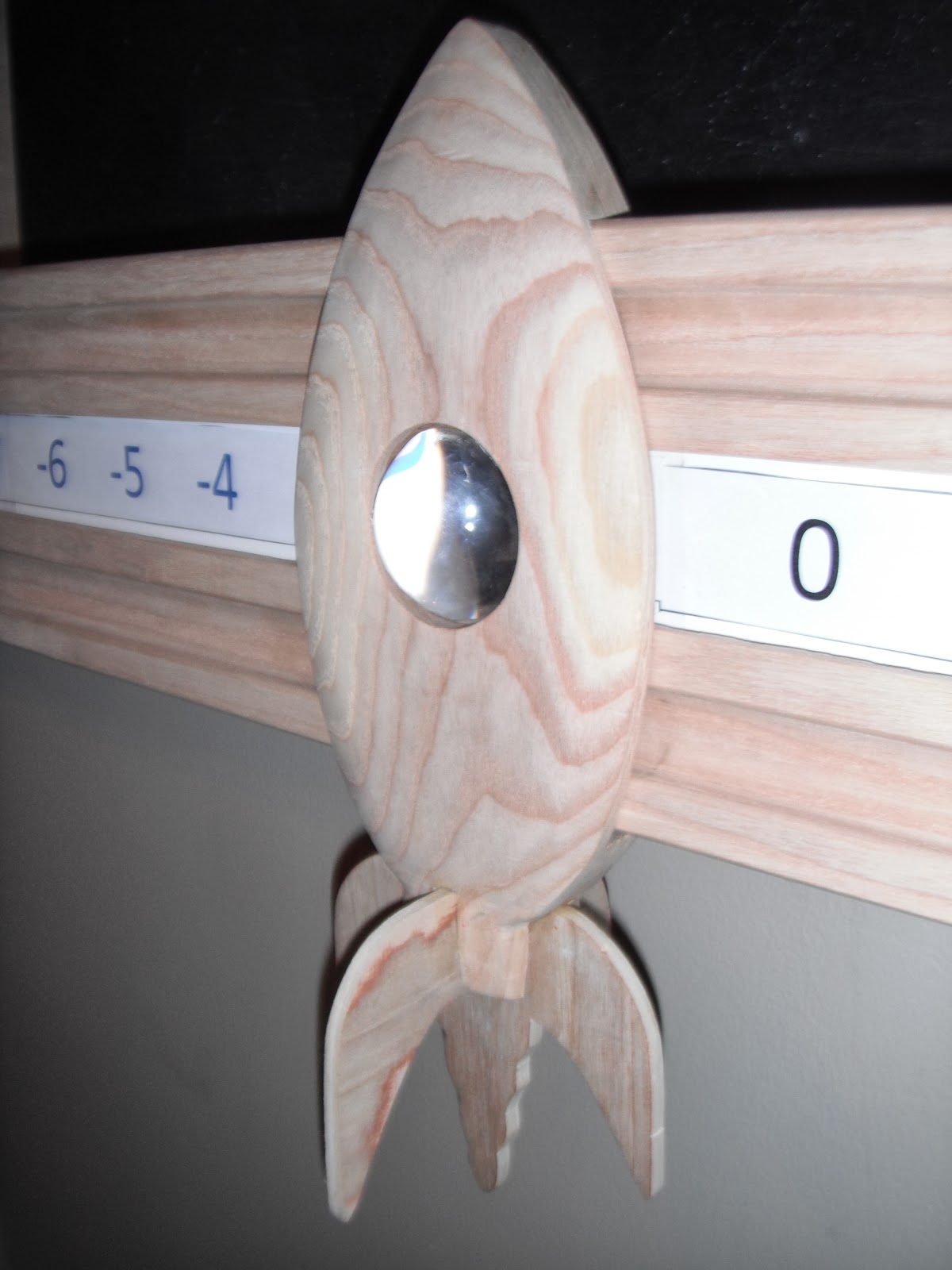 The weather icons are now stored in their cubes which are attached via sticky-backed velcro to the main board. The cubes act as stoppers to prevent the rocket from falling off the end of the number line. 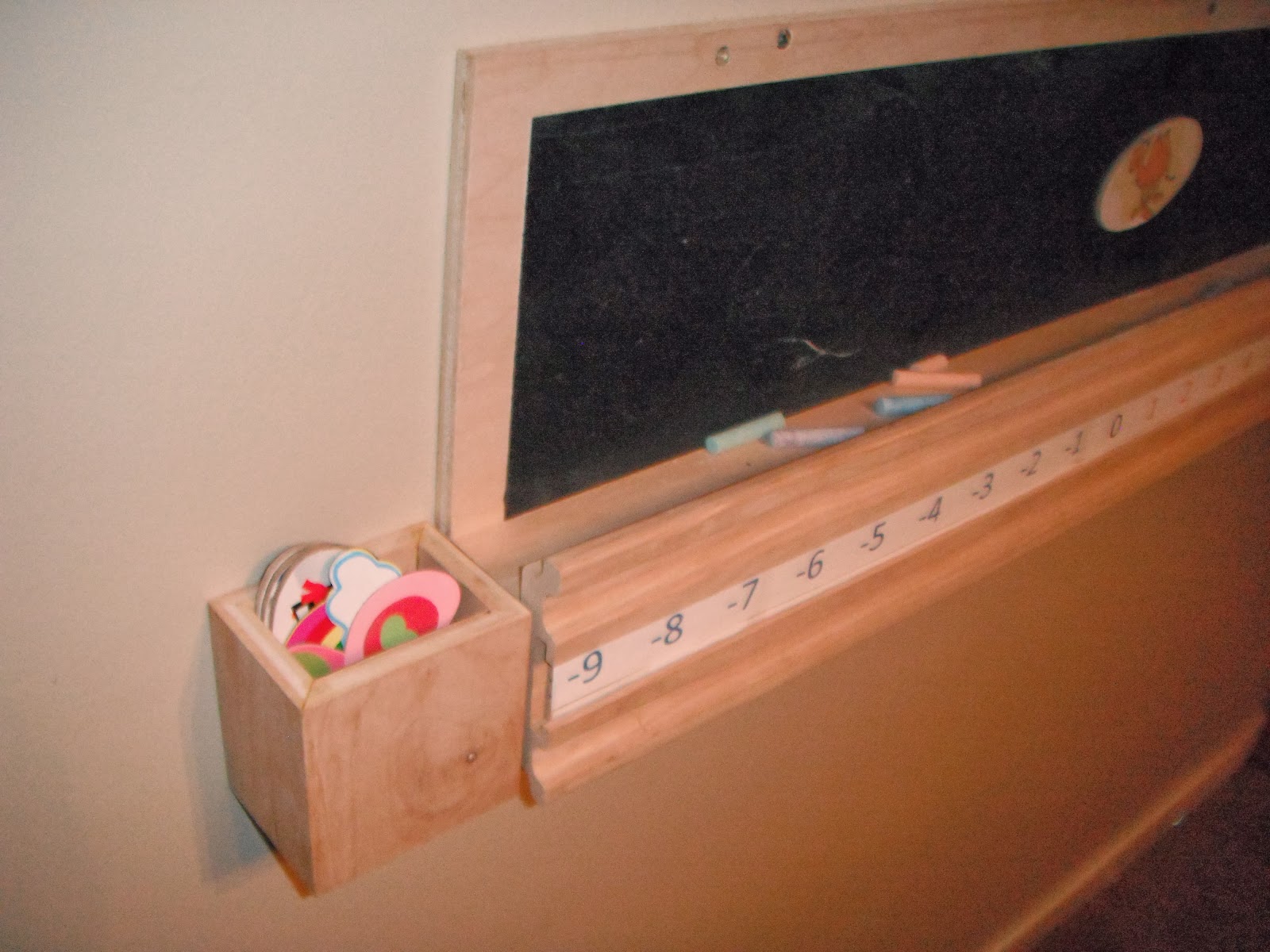 Since the number line sticks out from the chalkboard by a few inches, there is a nice ledge for chalk and a chalkbrush.

Overall, I'm giving this a high score so far. And with only trim and paint to go, there likely won't be much more to report on it. So far most of the feedback from the boys has been that the rocket looks like a fish. Harumph. 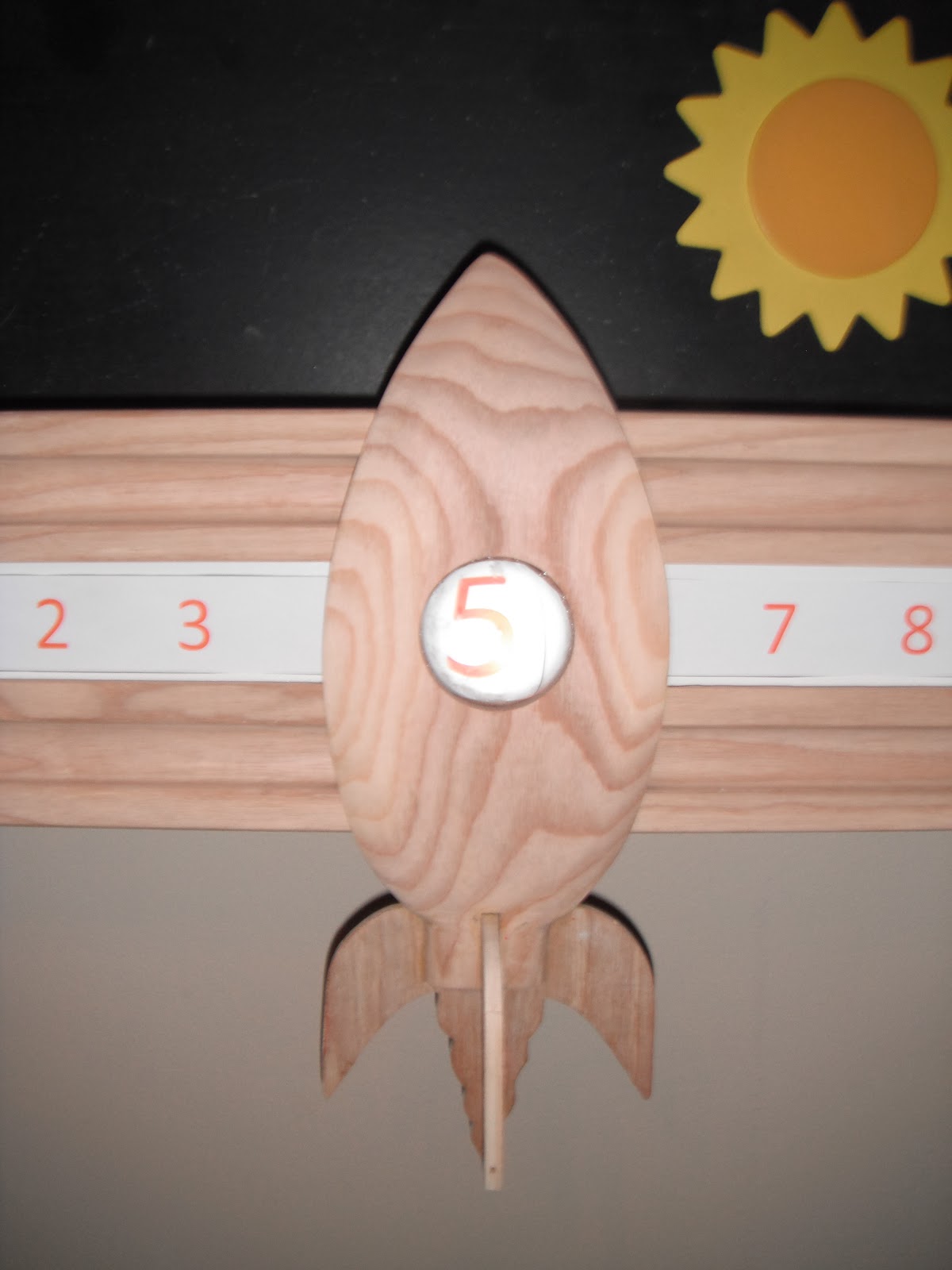 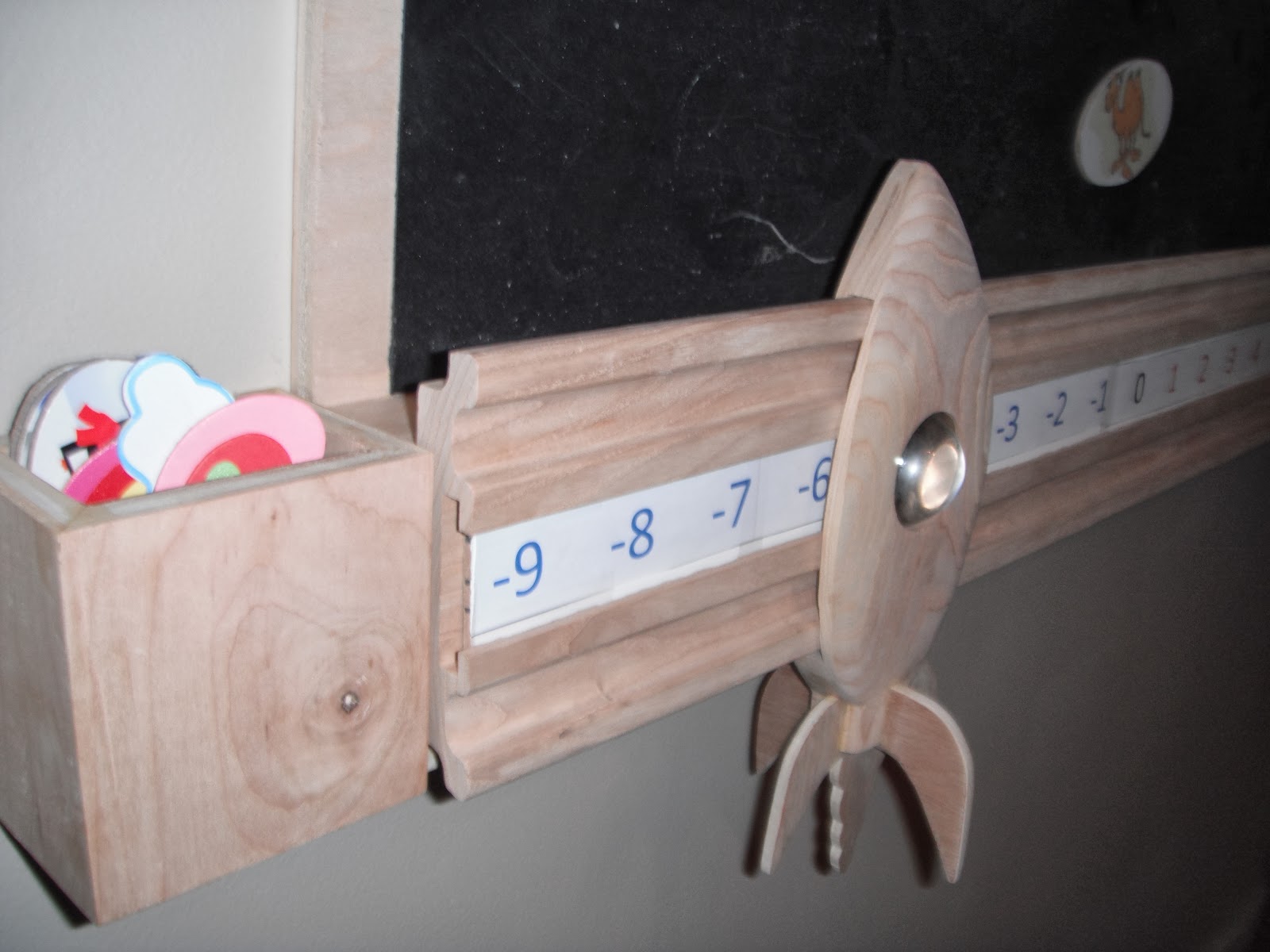 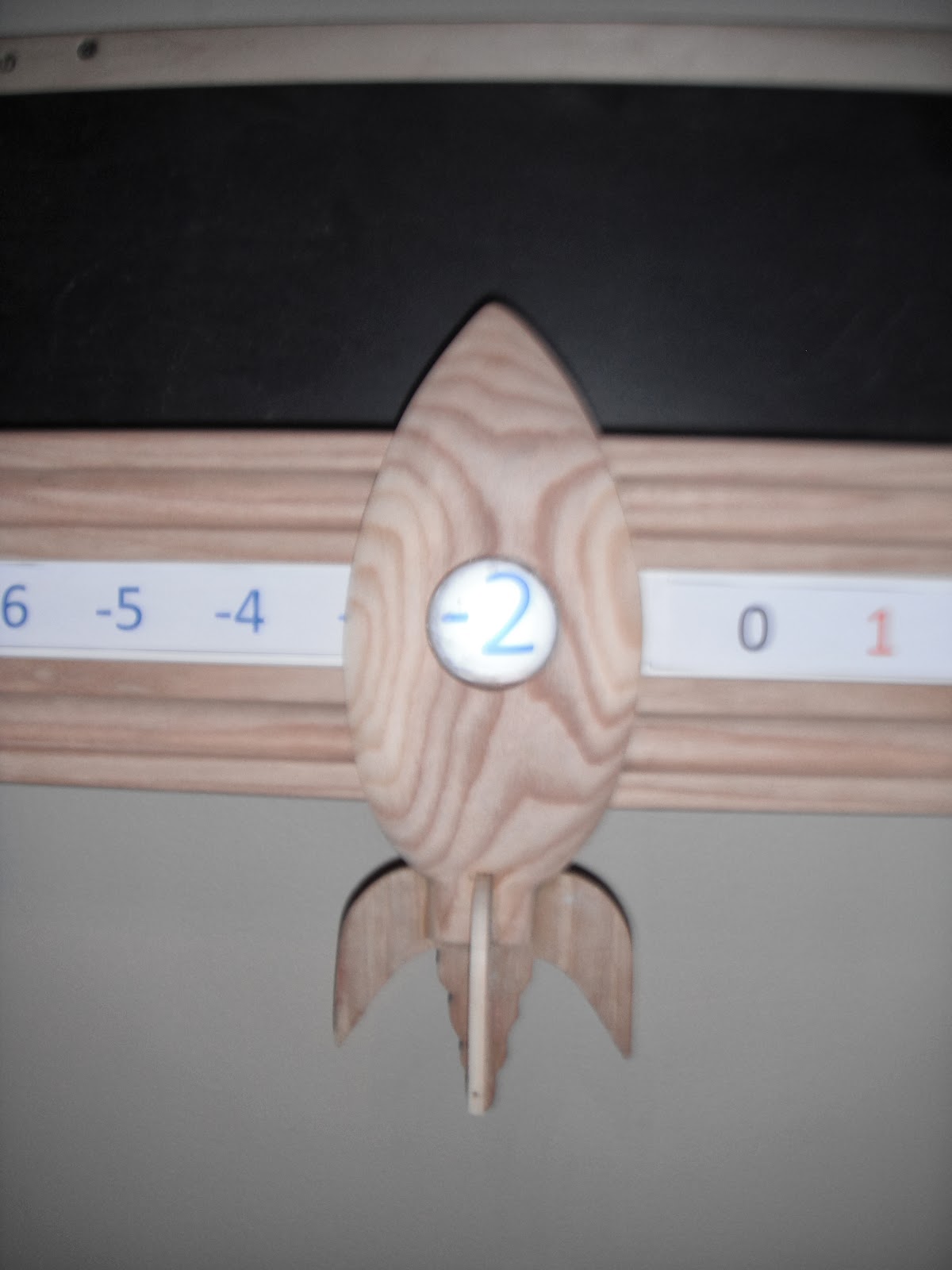 Shared on Natasha in Oz in her "Say G'day Saturday Linkup!" 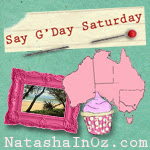 Posted by littleboatiris at Saturday, March 08, 2014

Email ThisBlogThis!Share to TwitterShare to FacebookShare to Pinterest
Labels: 14 for 2014, Boys, Woodworking