Yurting in Algonquin Park - Part 2 of 2 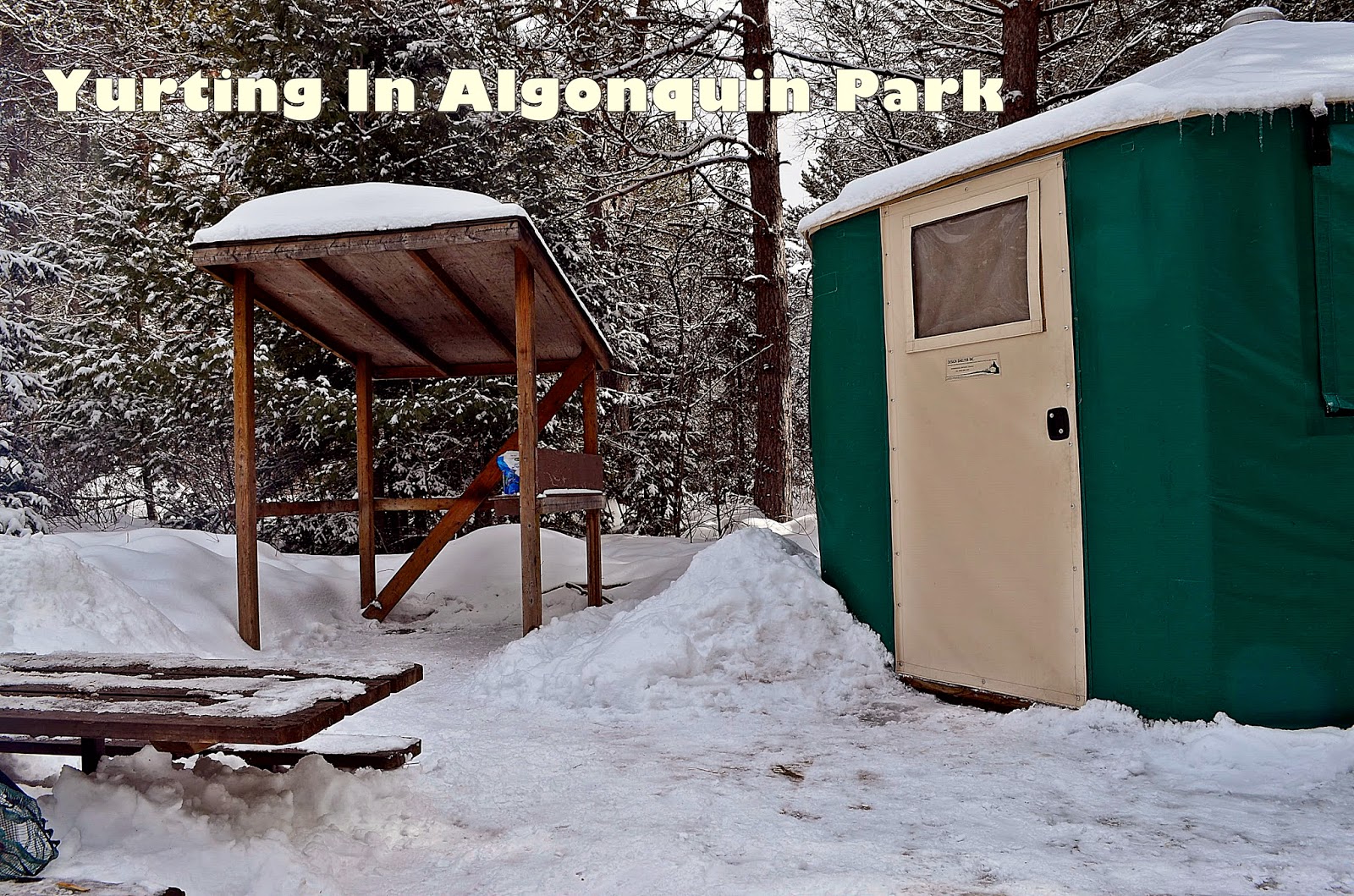 This post picks up on our adventure from where I left off yesterday. Saturday night found us sleeping through the night, and sunday morning found us sleeping in late. Really late. I think it was 10:30 or so before we started waking up. Or Cuppa did. He decided to come and snuggle in my sleeping bag, and managed to squish himself in with me in the very limited space of my mummy bag. The sleeping bag really doesn't fit 2 people very well at all, but cuppa managed to squeeze himself in there, and then fall asleep. Which meant I was trapped in bed for another half an hour or so. It was nice.

When we woke up, it was too late for breakfast, and too early for lunch, so we decided to have brunch. Then we got out of bed and realized how cold it was, and that overnight the temperature had dropped into the negative teens. Rather than cook, we packed up the campsite and headed to the park visitor centre. No new snow had fallen, so the highway was bare, and the sky was bright blue. We drove to the visitor's centre and had hot coffee and chili for breakfast. In the restaurant I ran into the Barrie camera club and talked to them about my new camera and how super-fantastic it was. They gave me some tips, and then suggested I go to the bird feeder below the museum and see if I could get some good pics down there.

I went and tried, and before long the camera club dudes came down and started clicking away too.

Now, the photos I took, I had to edit heavily before posting. Luckily, my camera can take pretty high resolution pics, so I can pick out a tiny thing and crop to make it bigger, and that is what I have had to do with these pics...

Once I got tired of looking at the bird feeder I tried to get a few shots of scenery, but found that my artistic side is somewhat lacking. 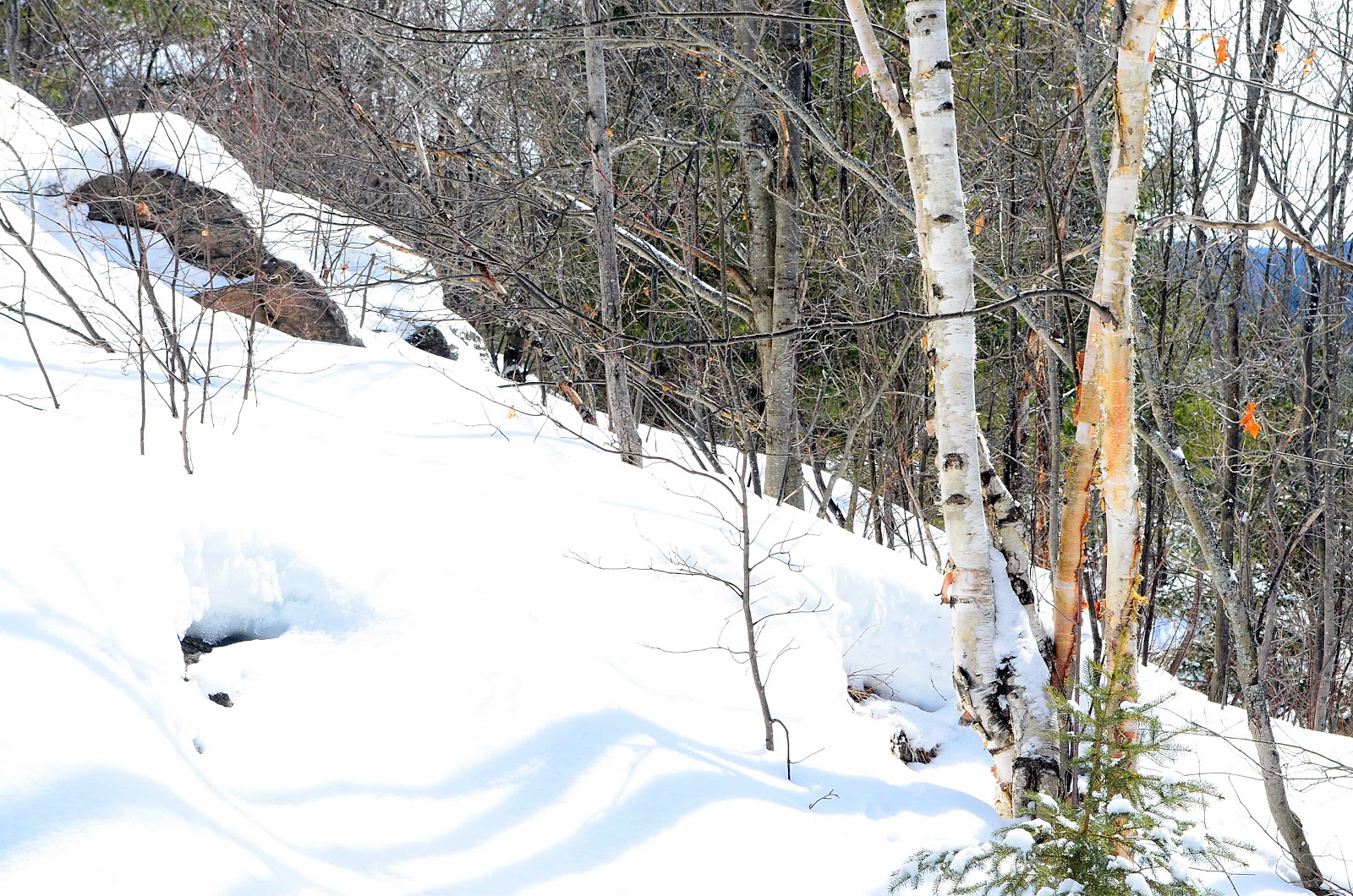 Then as I was about to head back into the park museum, the camera club guys came down, and joined in the snap-shotting. As they arrived, so did a Pine Marten, visiting the feeders to steal a snack of suet. 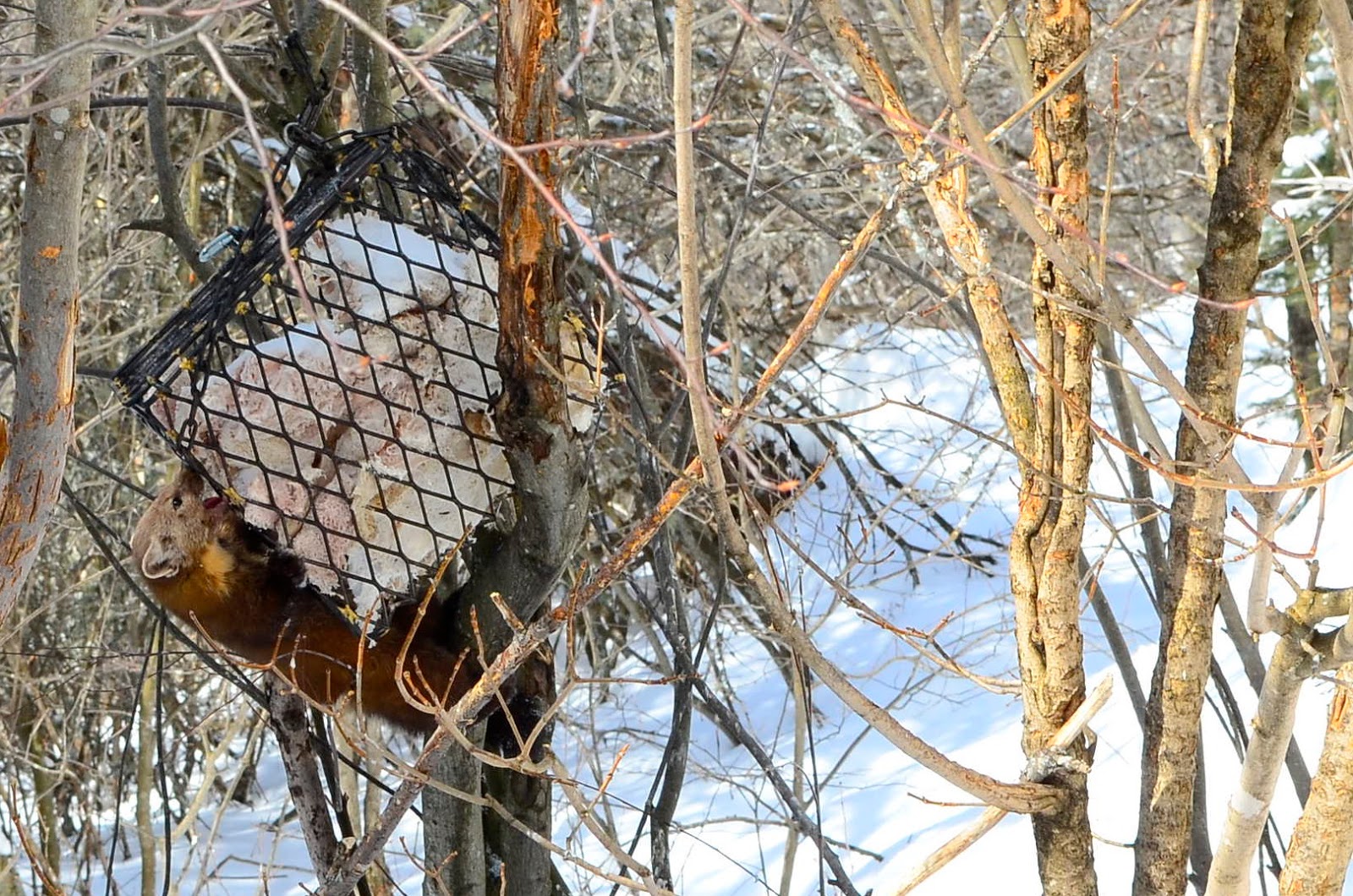 After teh Marten was gone, one of the camera club guys loaned me his telephoto lens, and WOW! What difference. I present the following 3 pics unedited, and unzoomed, just as they came off the film (SD Card?)... 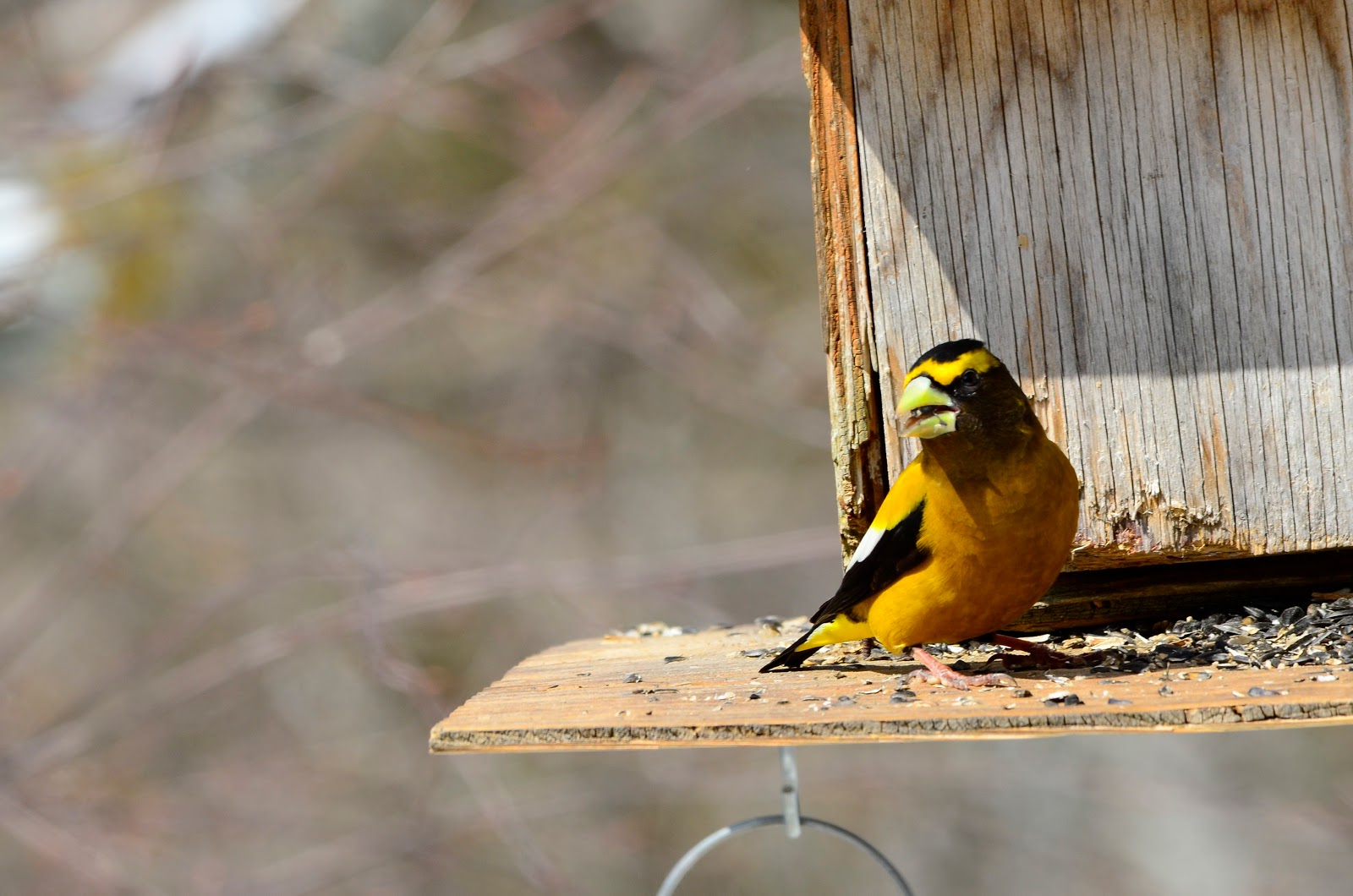 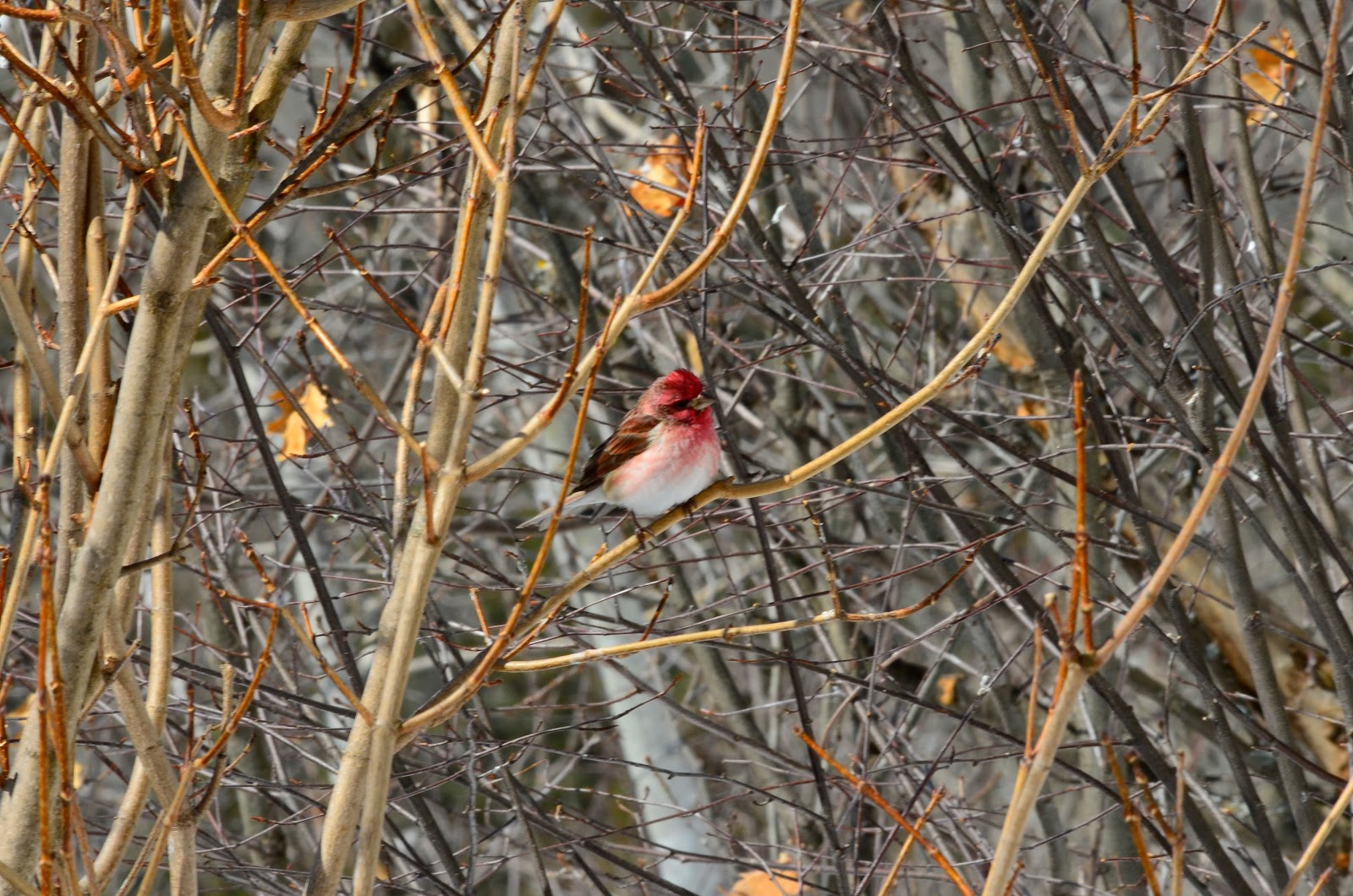 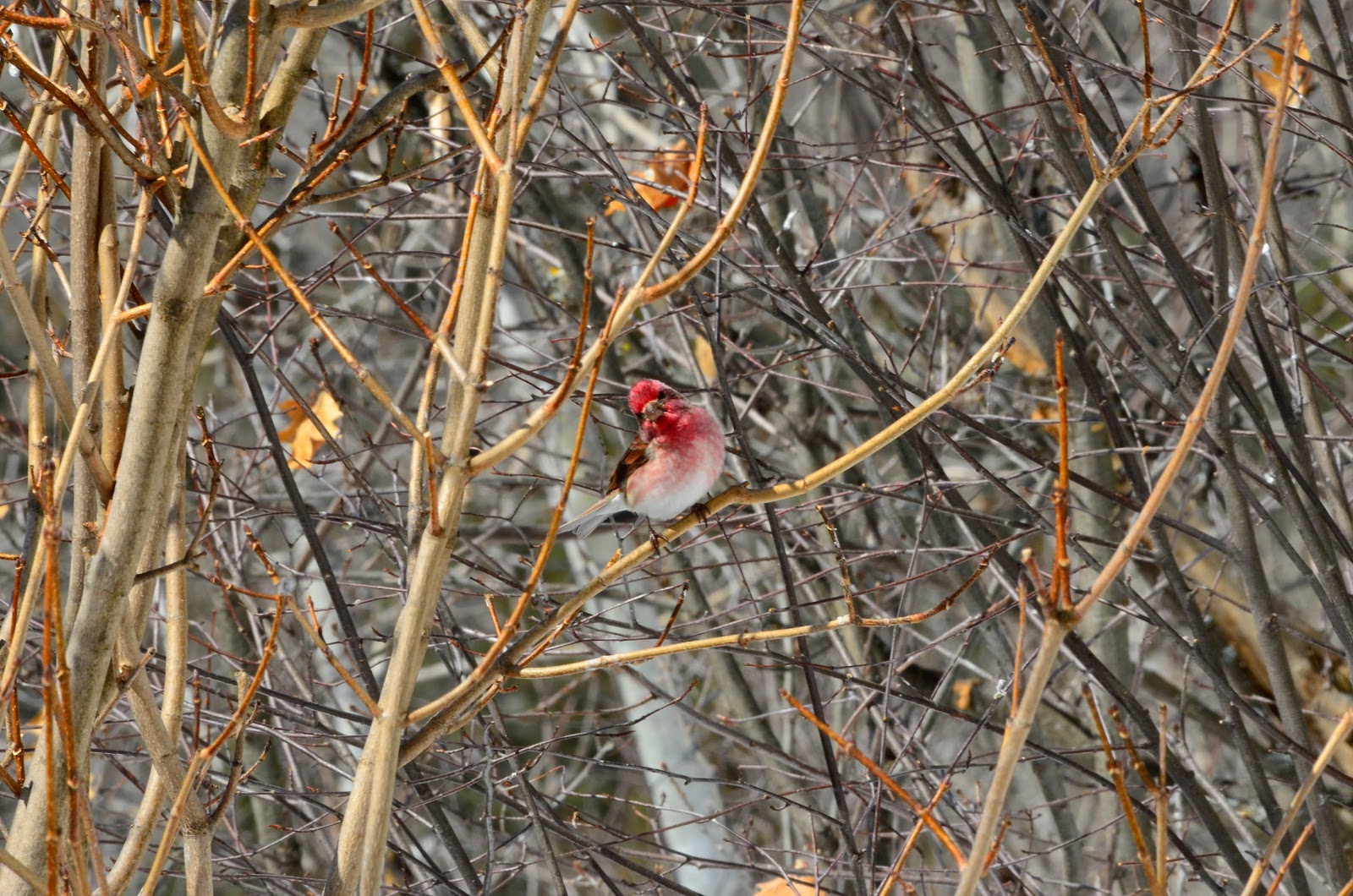 So obviously I now need to spend another $5,000 on a zoom lens for the camera. Honestly, the lens was amazing, but very hard to hold still to get a good shot at its full zoom length. And it was really heavy. I would need some time to get used to shooting with the better equipment.

After thanking the guys, I headed back up to the museum, where I found that the family was just wrapping things up in the gift shop. We bought a storybook and some cookies, then hit the road and headed home through some beautiful back roads and secondary highways. 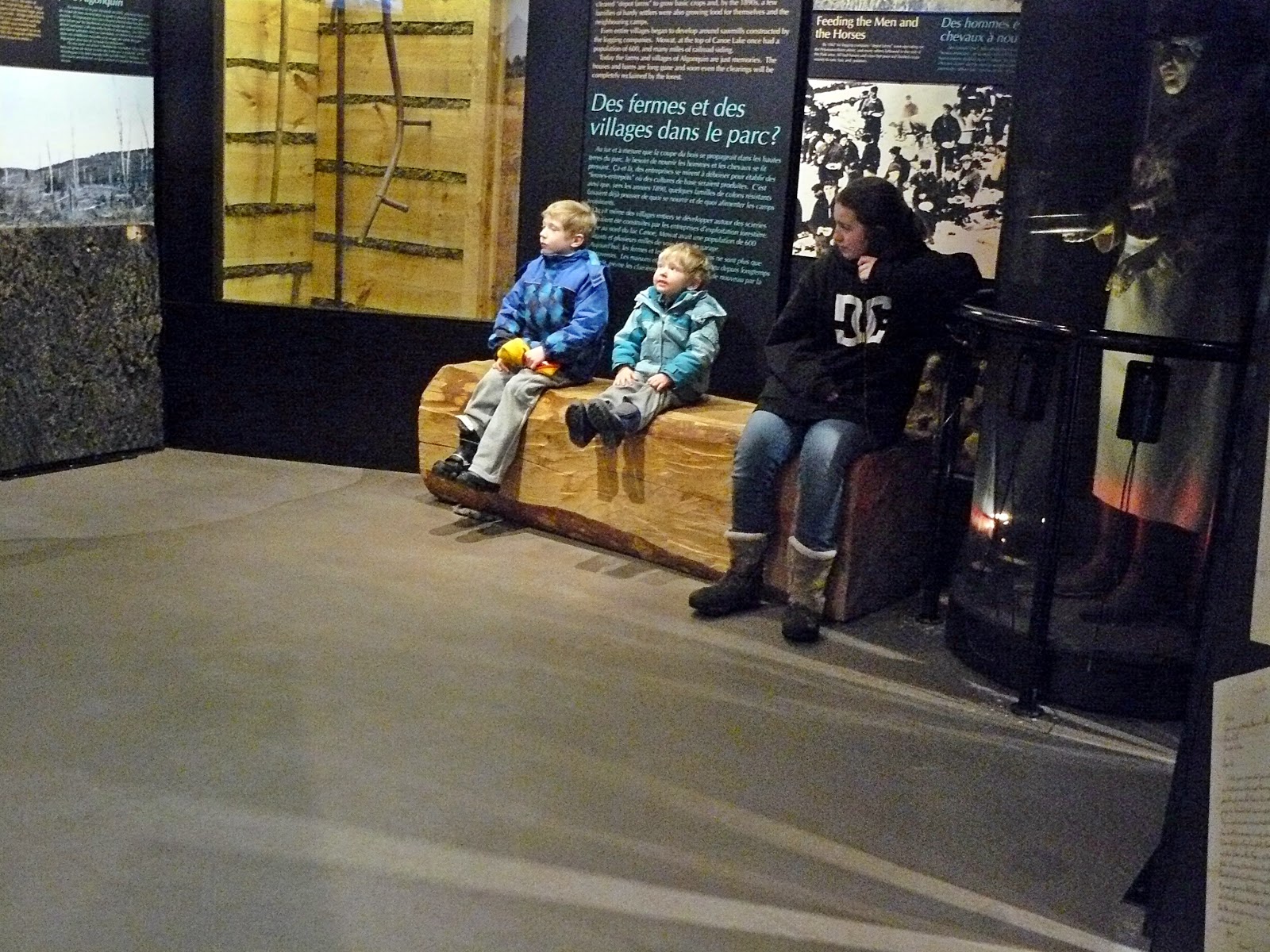 I think these family getaways are a good thing. I'm looking forward to Letchworth State Park next month.

Posted by littleboatiris at Wednesday, March 26, 2014