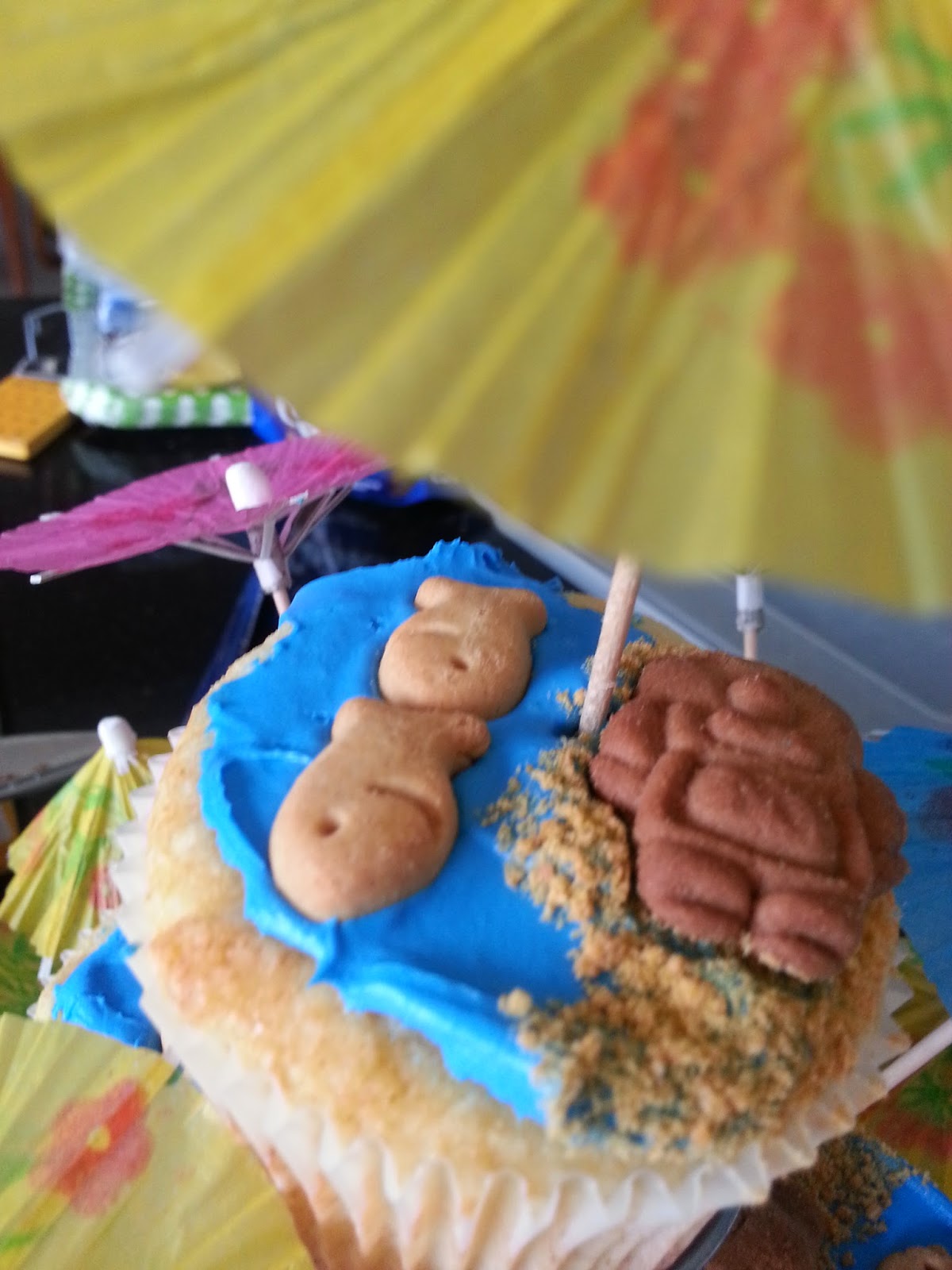 This year for Buddy's Birthday we had a 'beach party' in the basement.

Being the good, timely, on the ball parents that we are, we sent invitations out.... five days ahead of time.  oops.

Since invites went out so late, I let the boy invite 14 of his closest friends... expecting to have only a few show up.  Of course, almost all of them came, and including Buddy & Cuppa, we had a full basement with 13 children.

Each child got a Hawaiian lei upon arrival 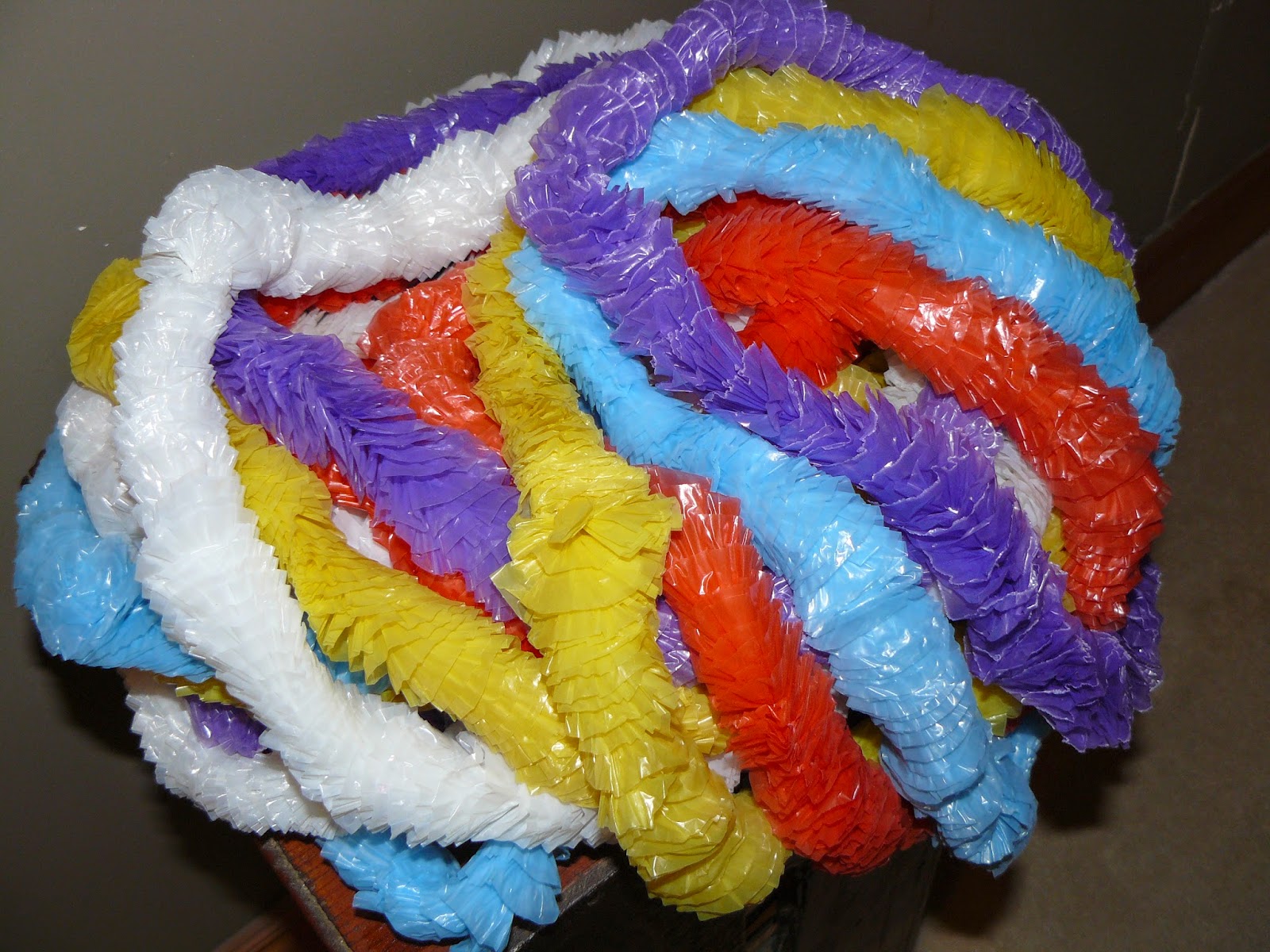 And I was very lucky to find a free beach printable pack online to decorate with:


(Buddy helped cut out some of the smaller circles) 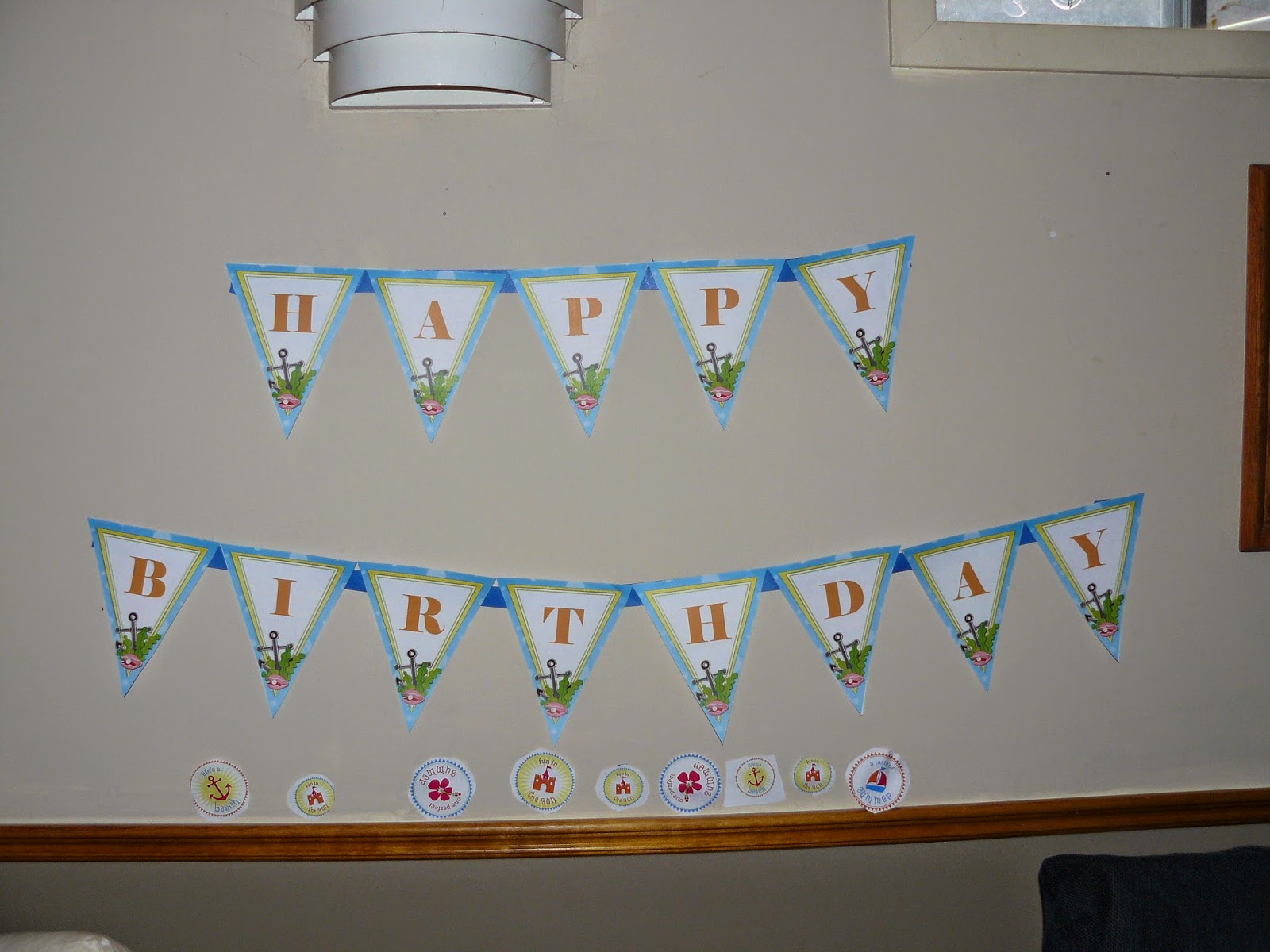 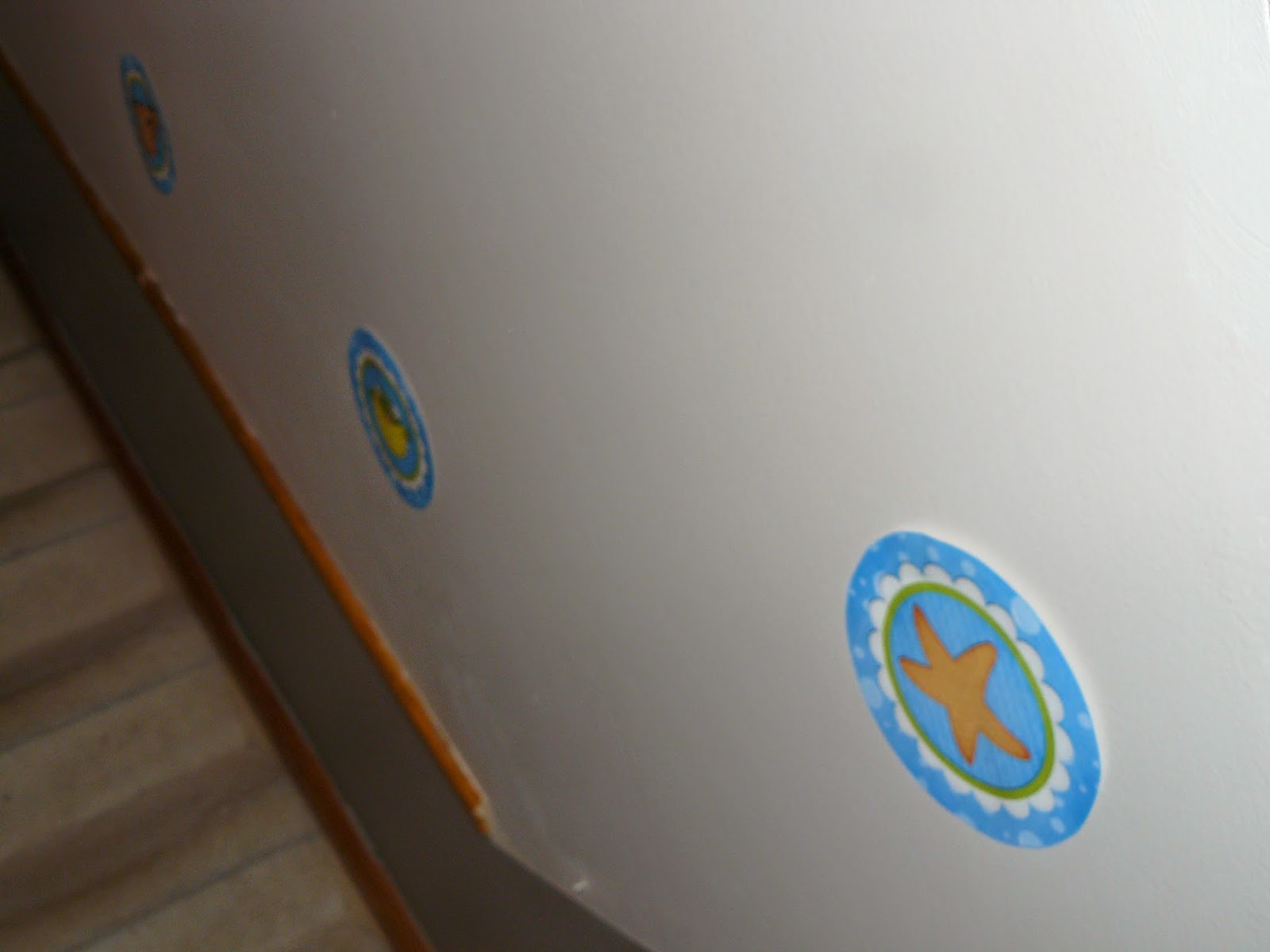 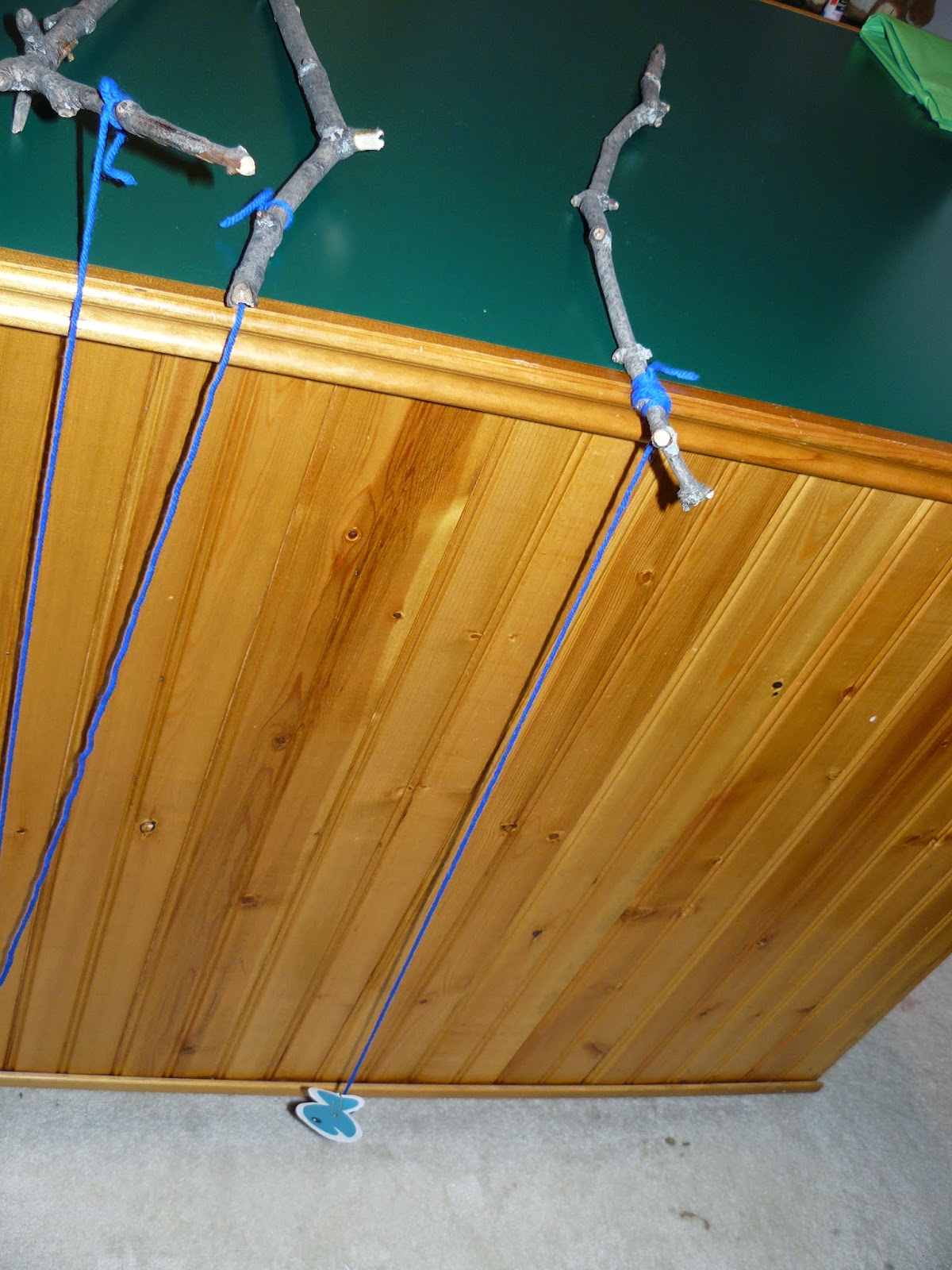 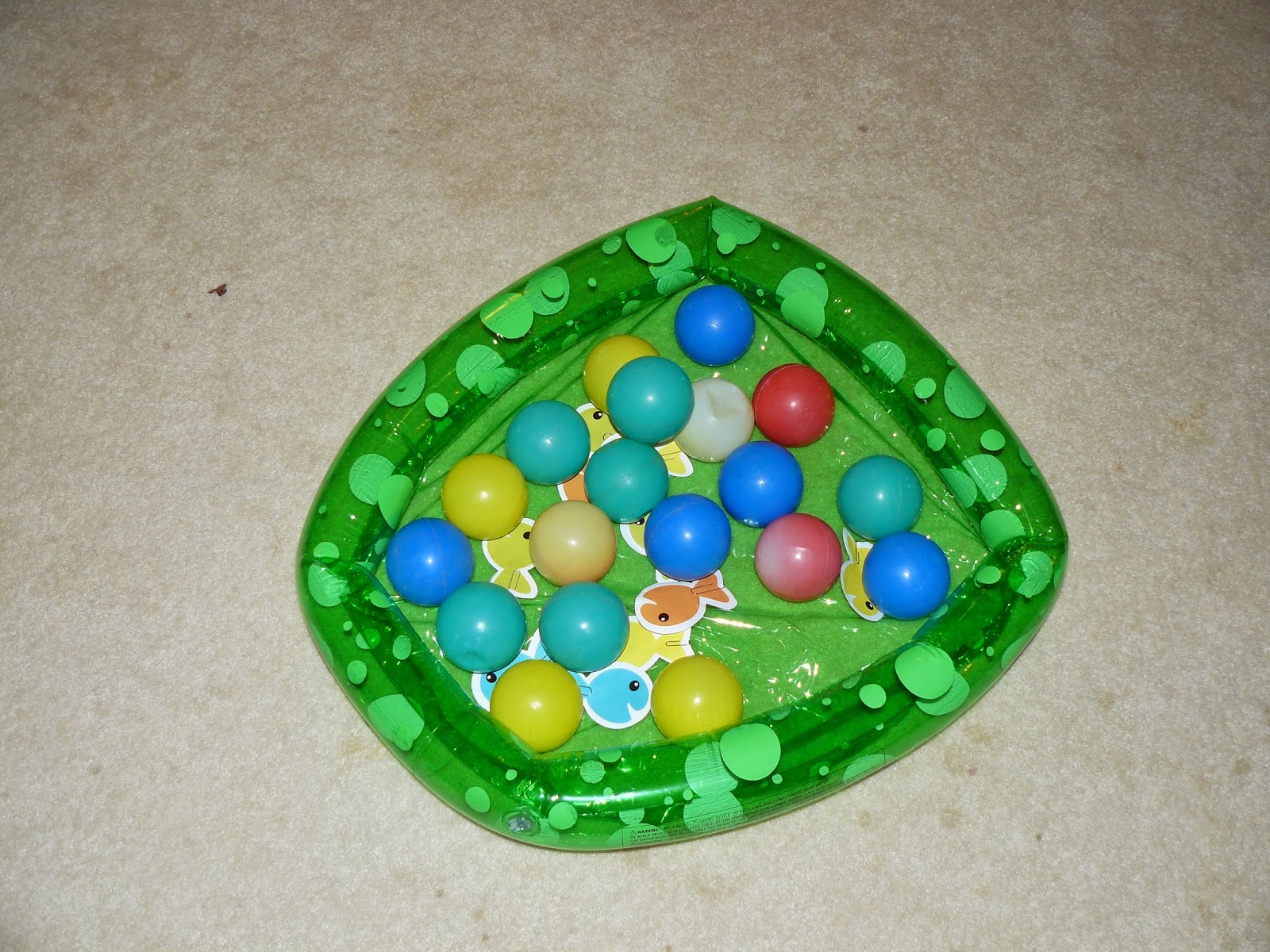 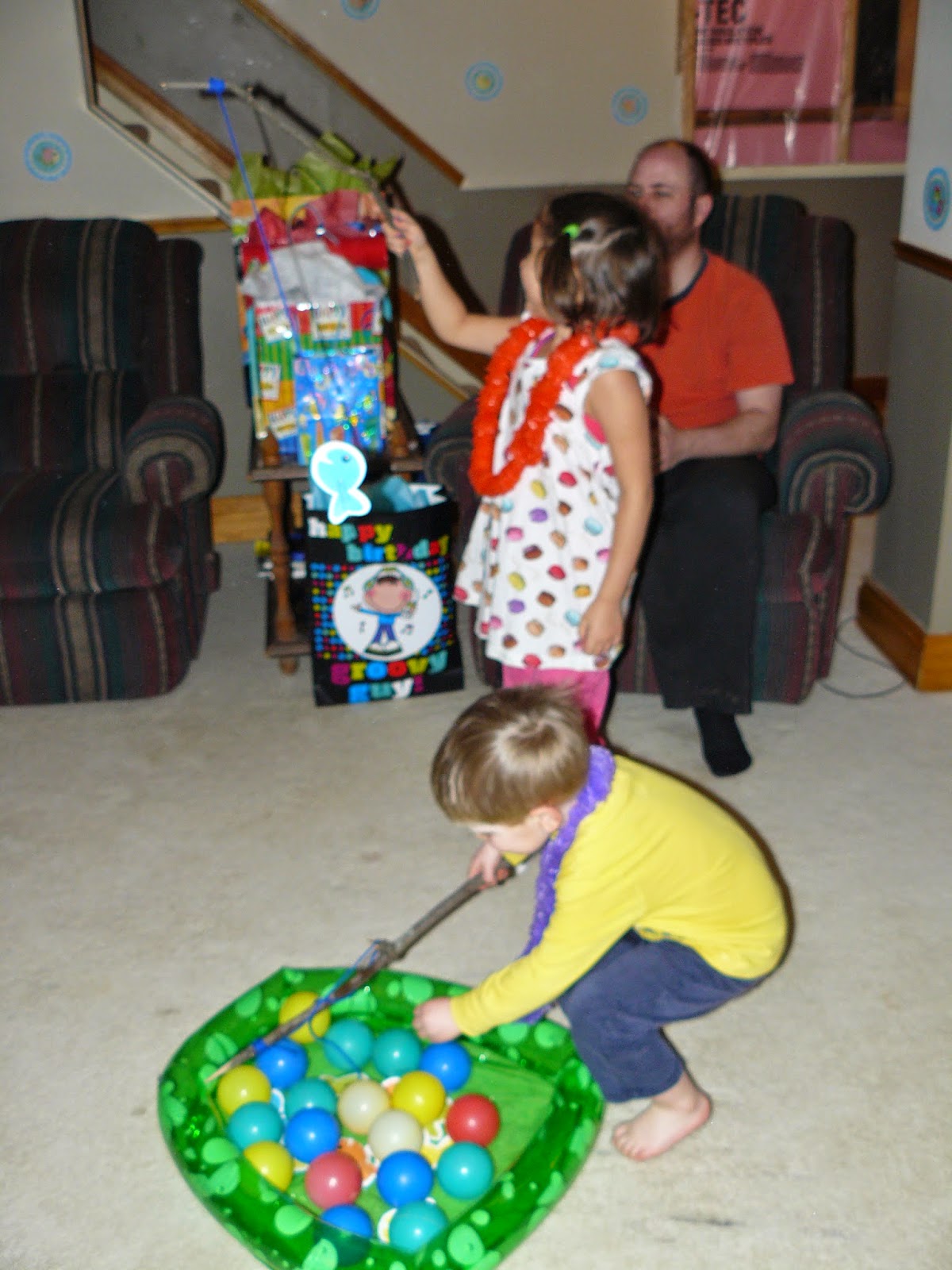 Pin the flag on the castle: 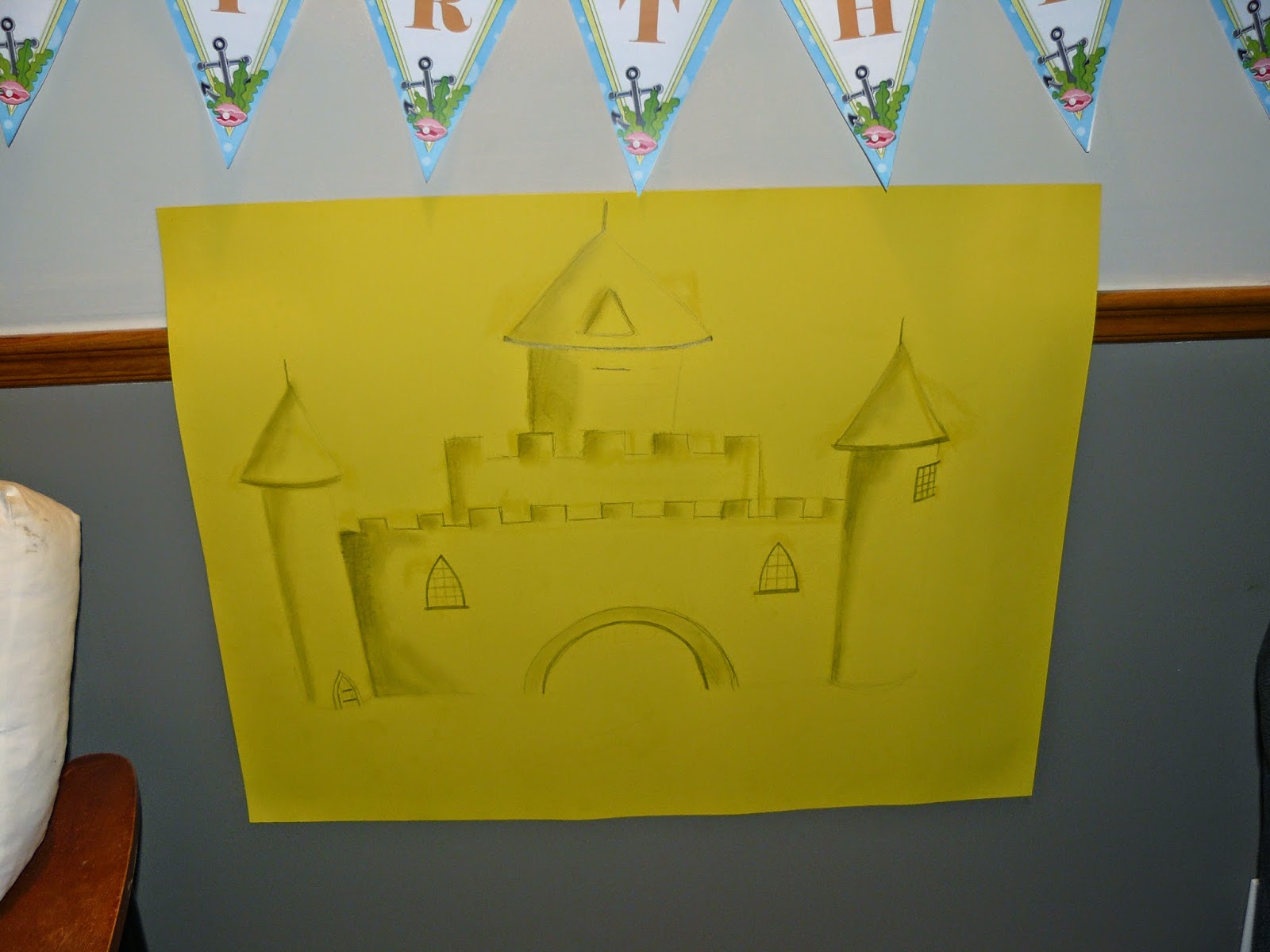 And everyone's favourite, the limbo.... they limbo'd under, they jumped over, they just kept going around & around 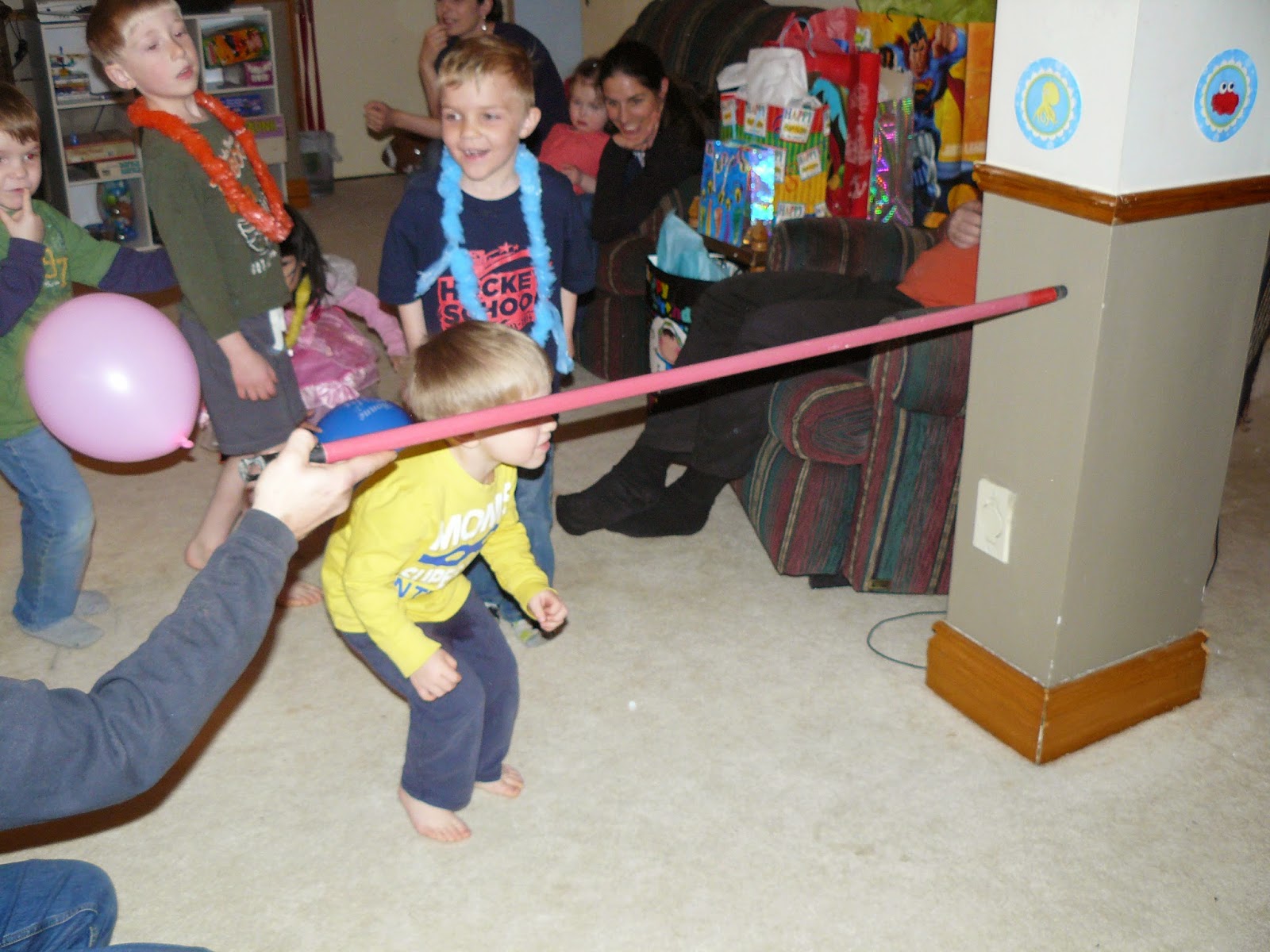 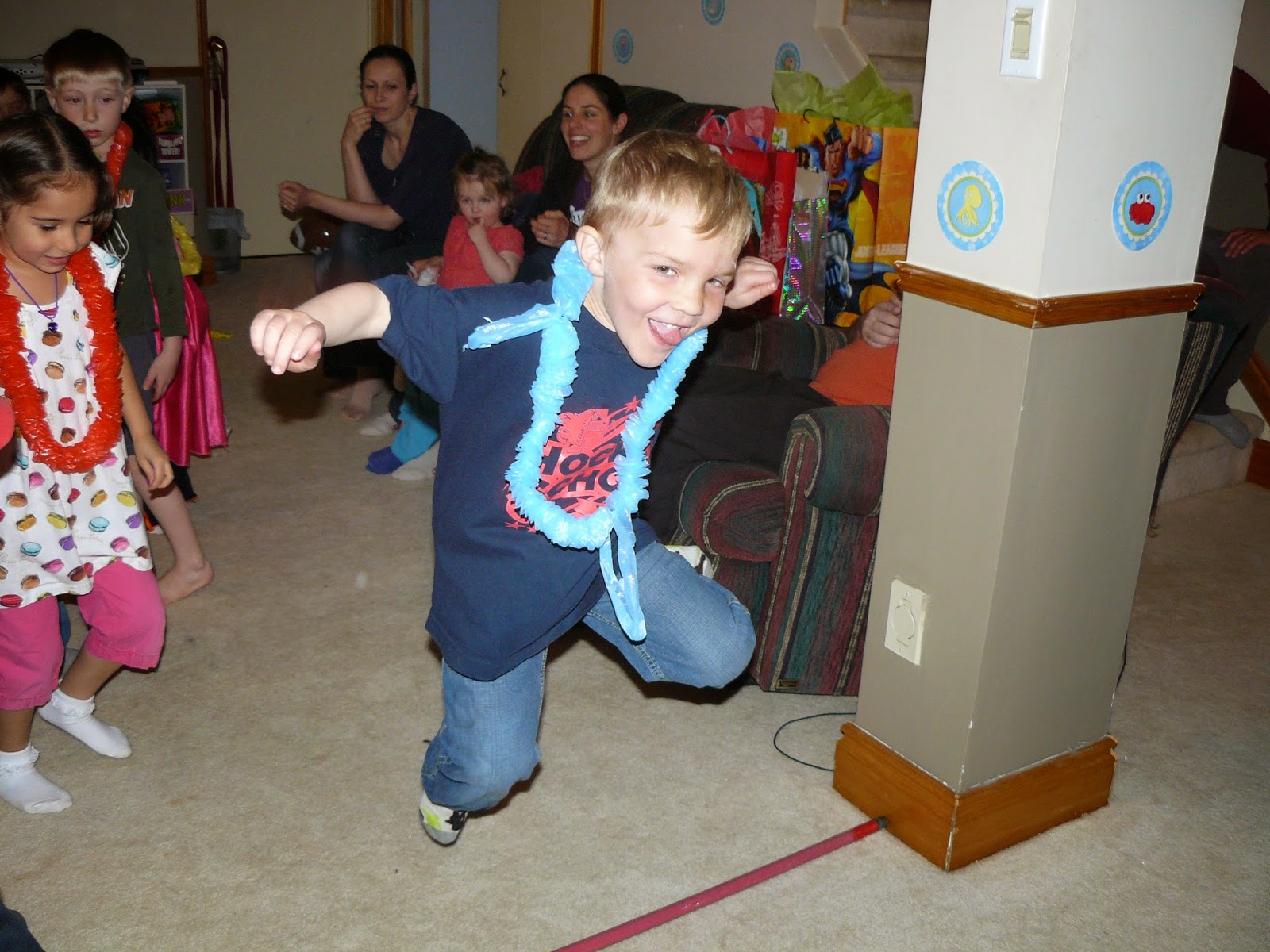 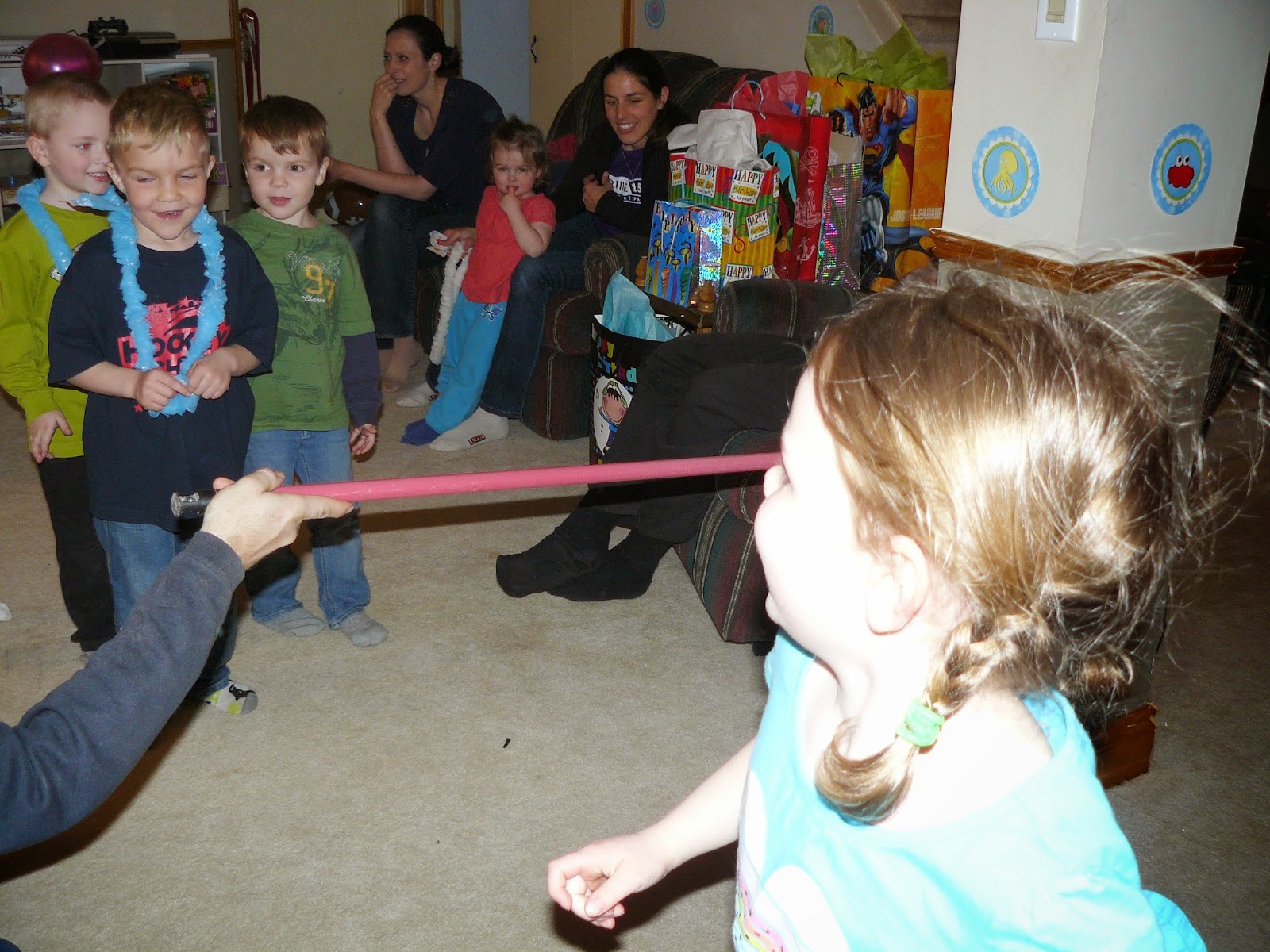 A pinata, because we just didn't learn last year: 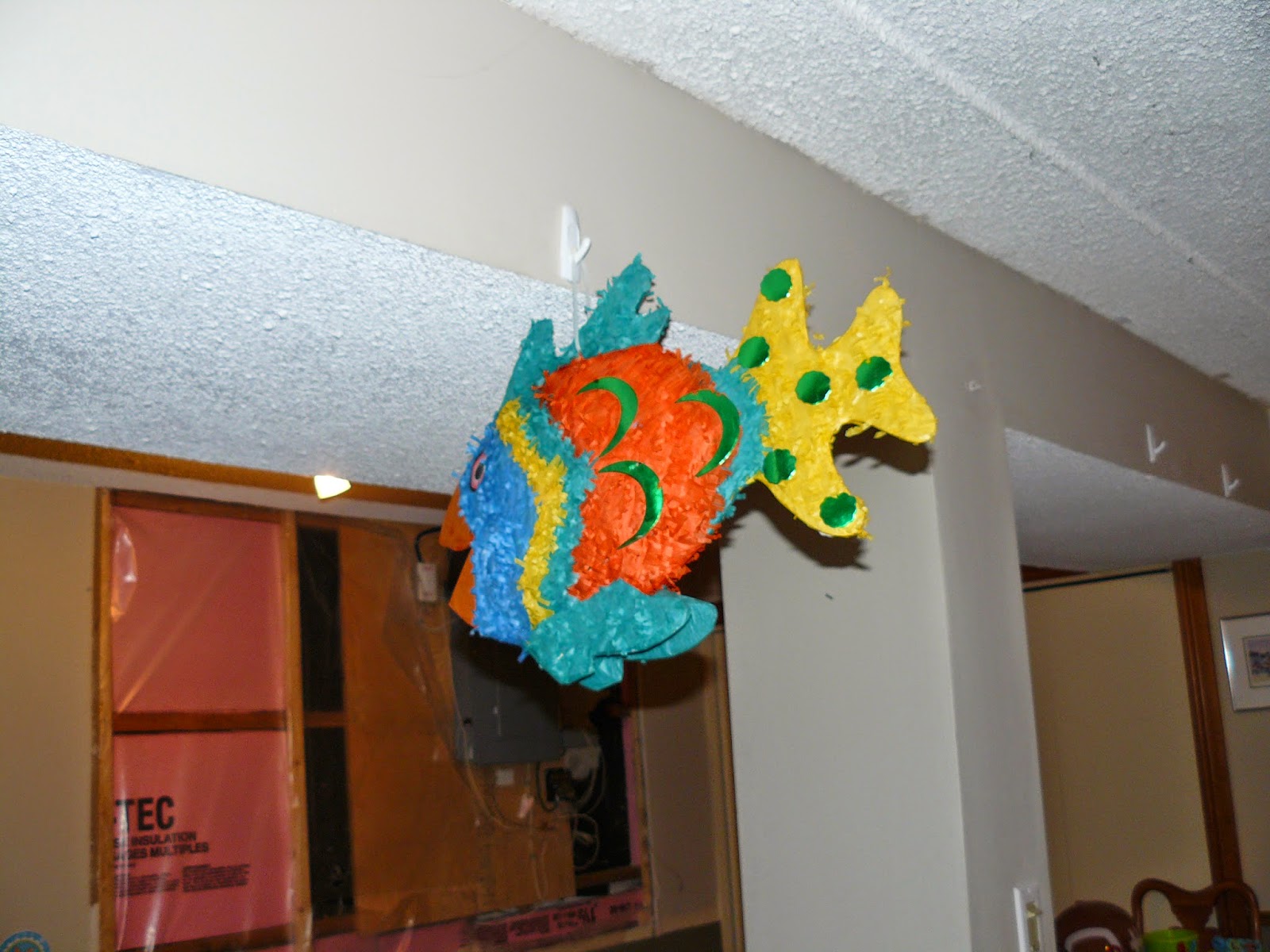 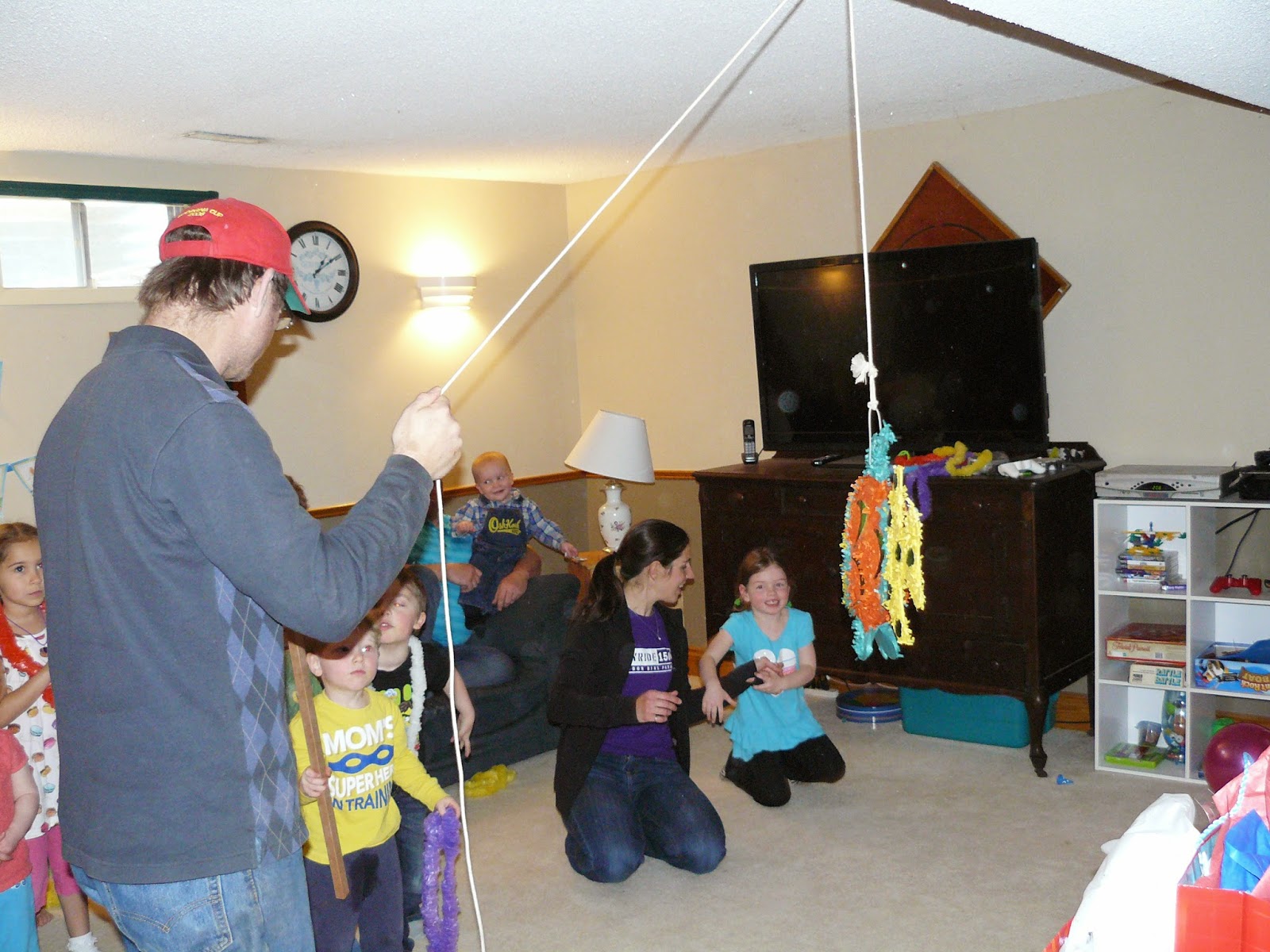 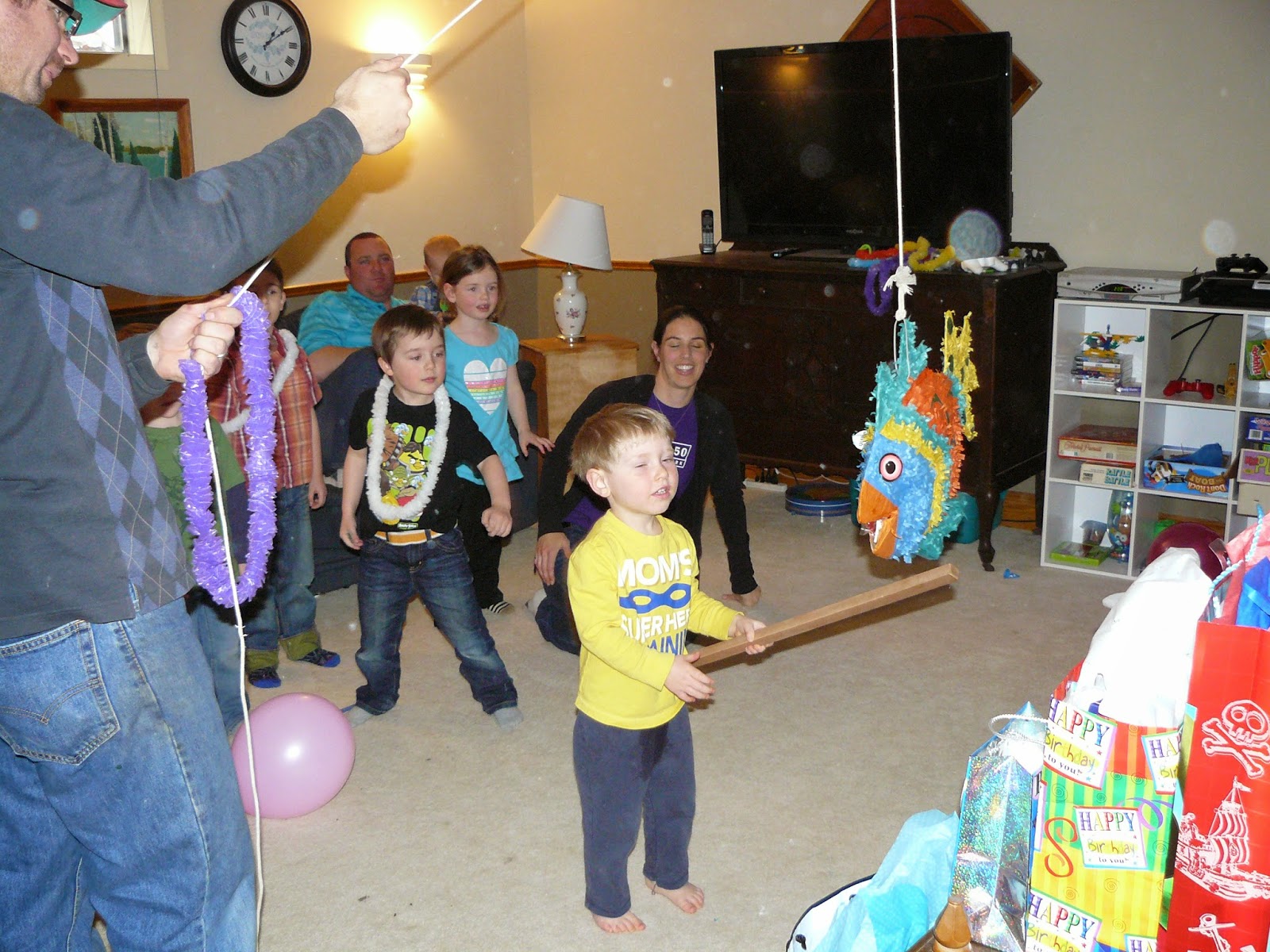 (The pinata is fun, but the kids just can't break it.  And inside, it was slightly hazardous) 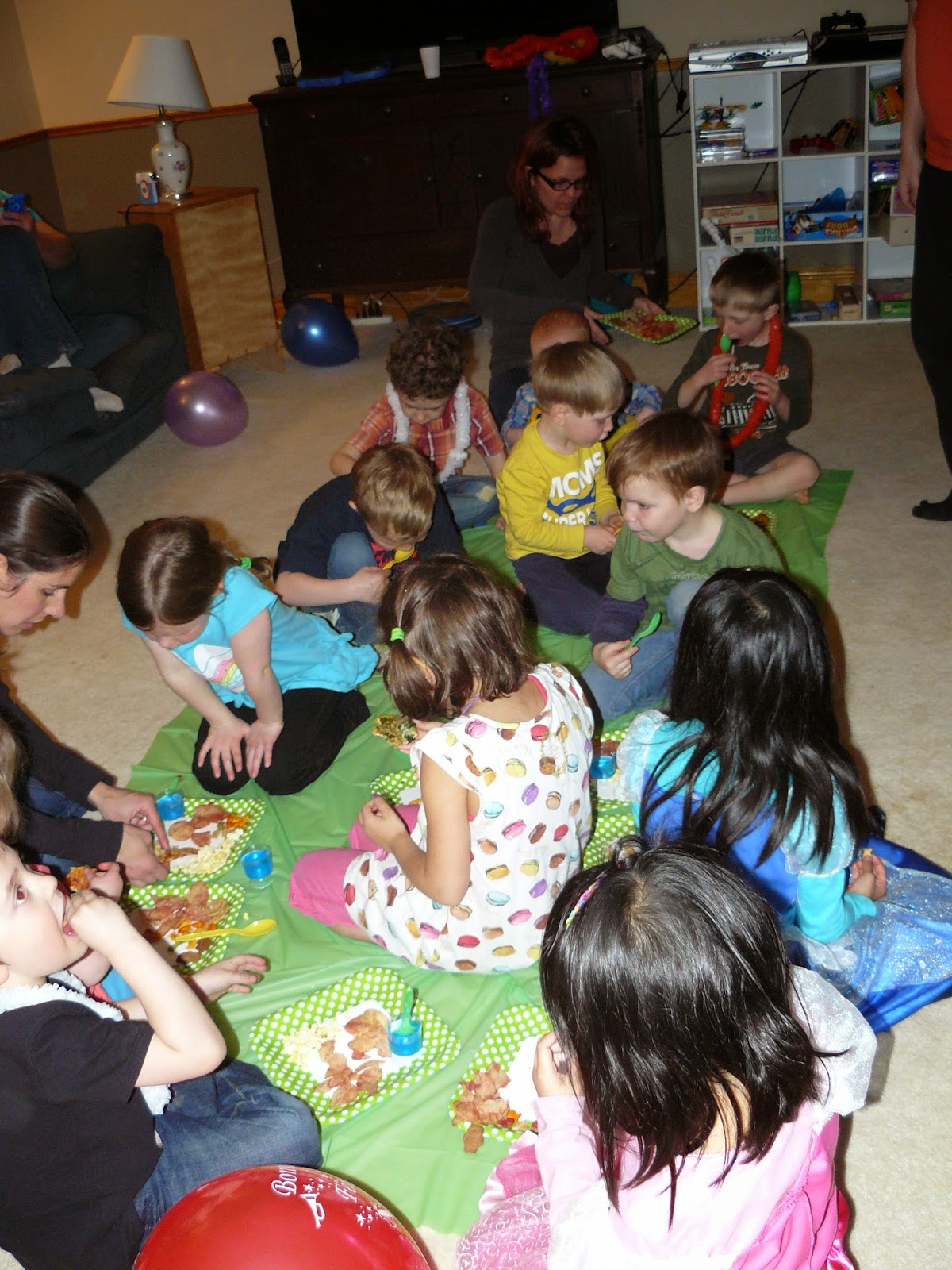 Where, despite having 13 children on a mostly white carpet, there were no messes..... we had a 'picnic' 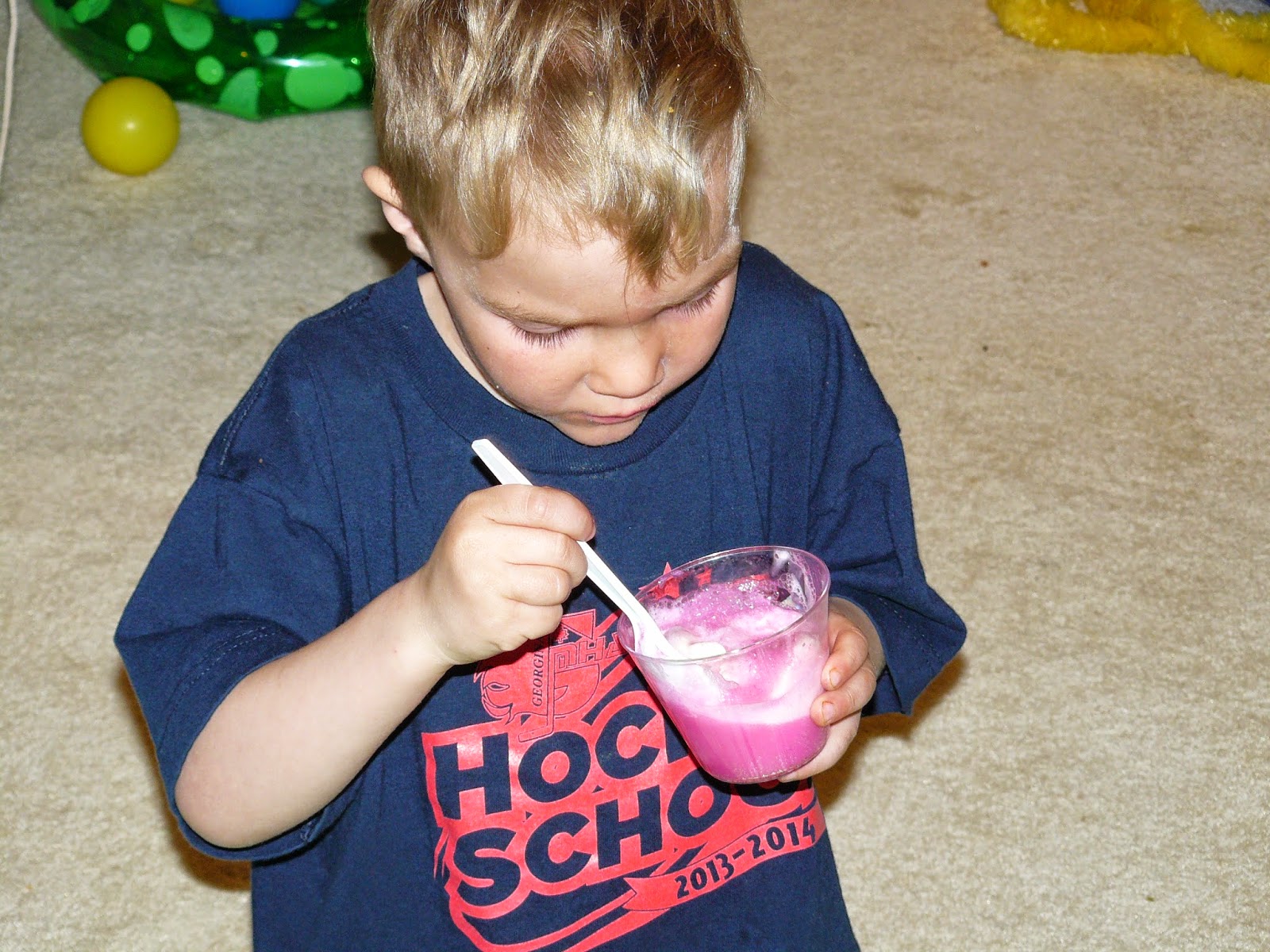 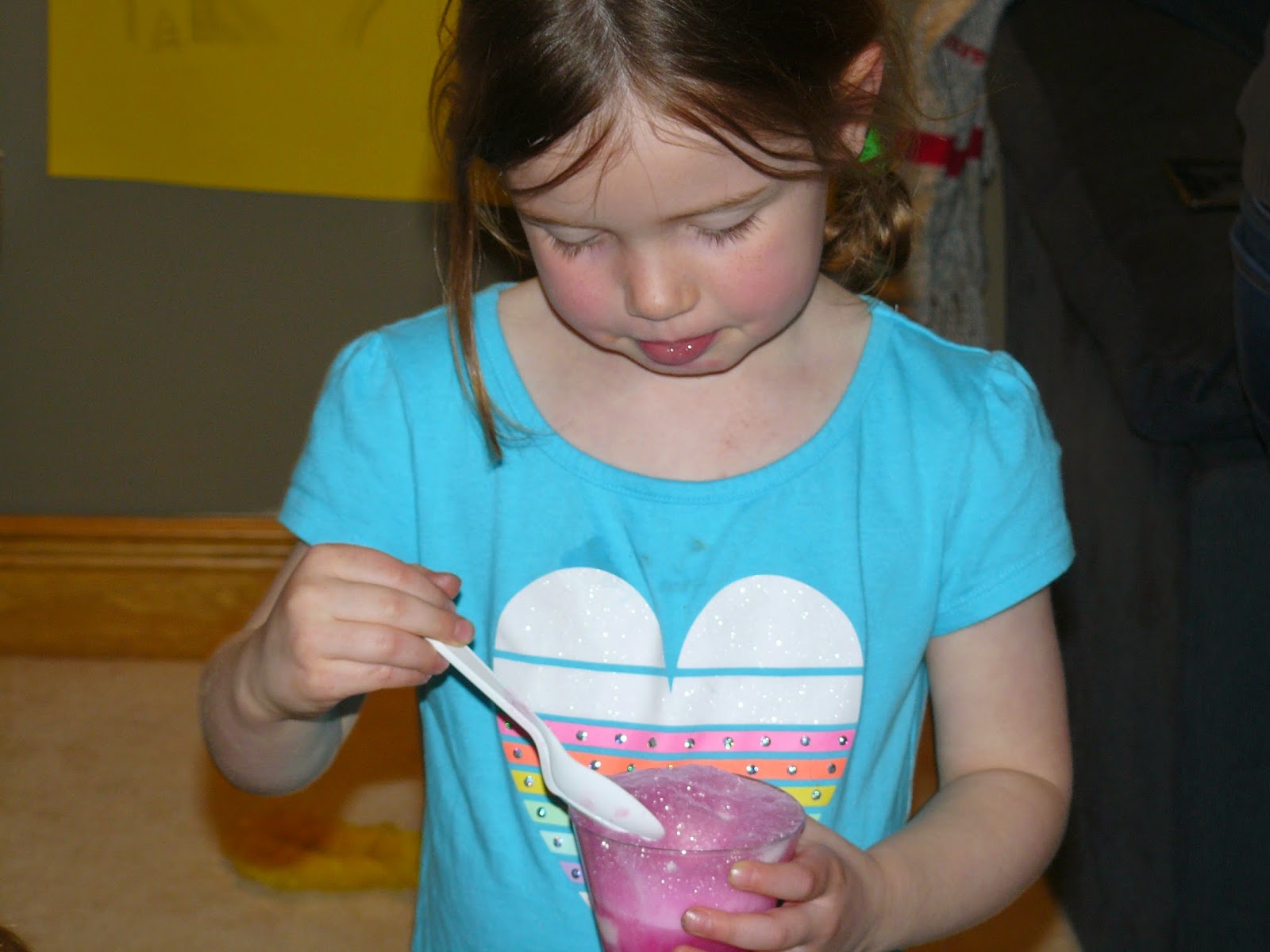 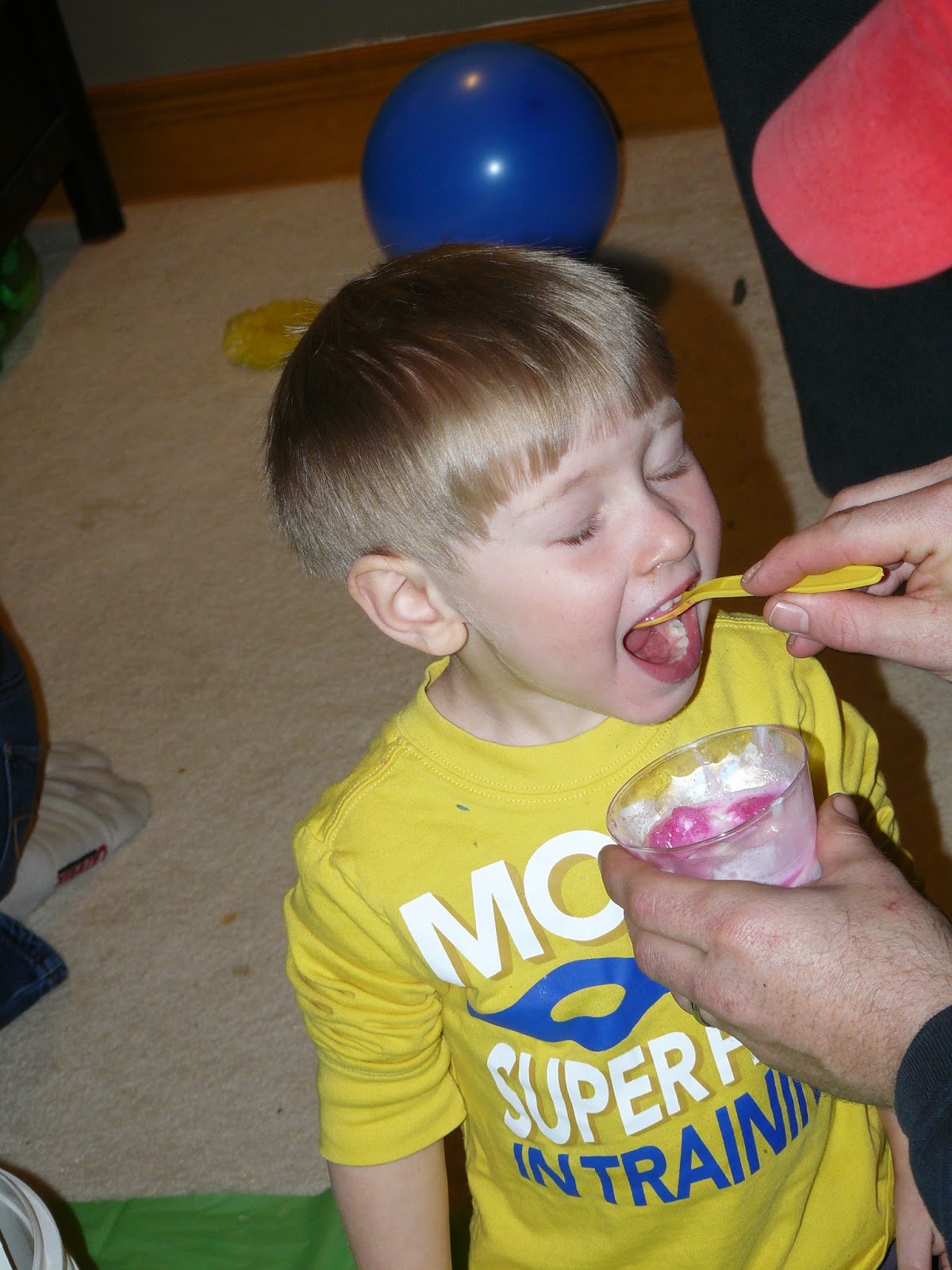 And all of his friends brought him some great presents: 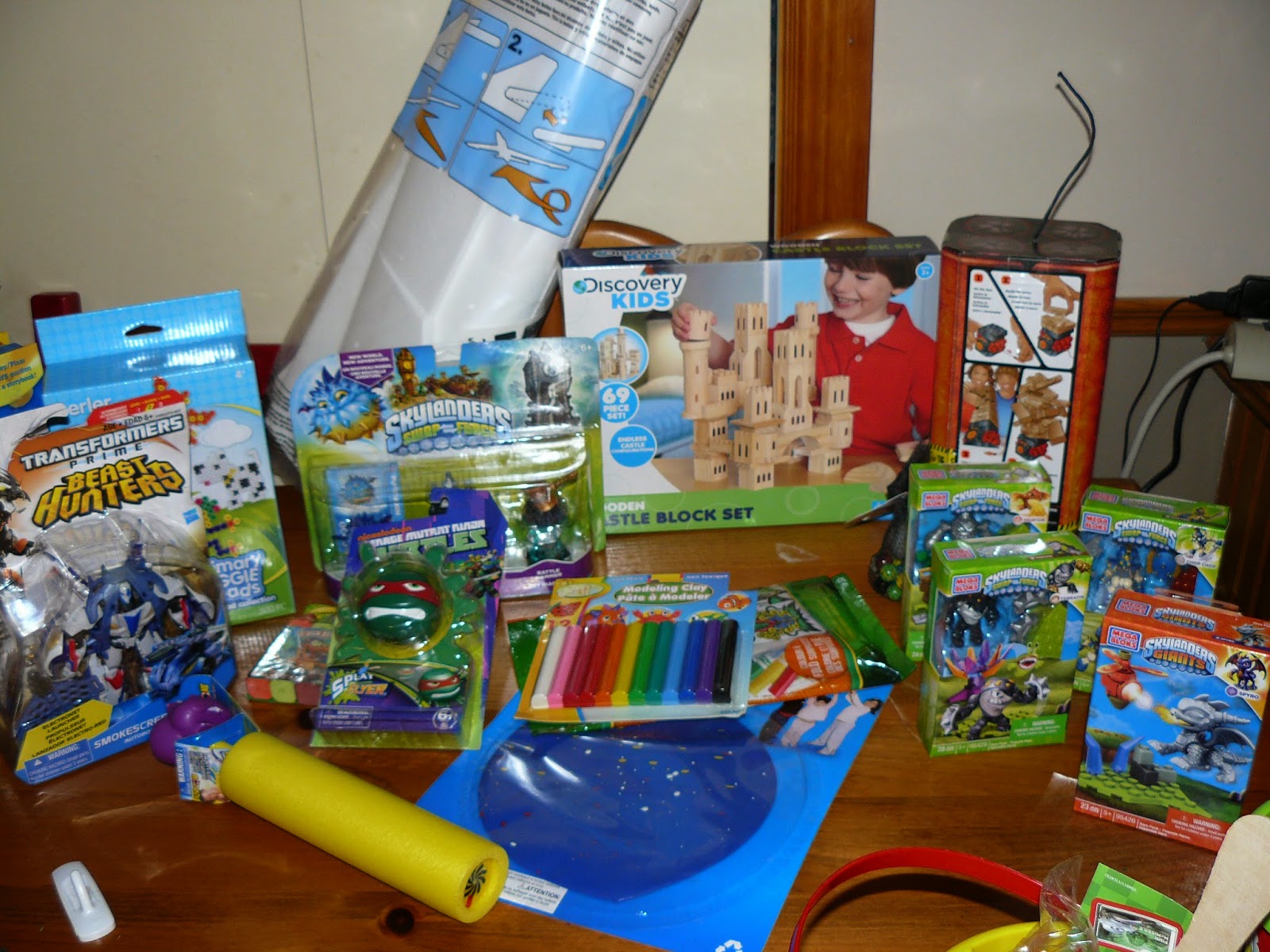 It was an exhausting two hours, but well worth it.  Despite having planned activities,the kids mostly kept drifting into the toyroom to play, which was fine.

The kids each took home a loot bucket with treats and beach toys: 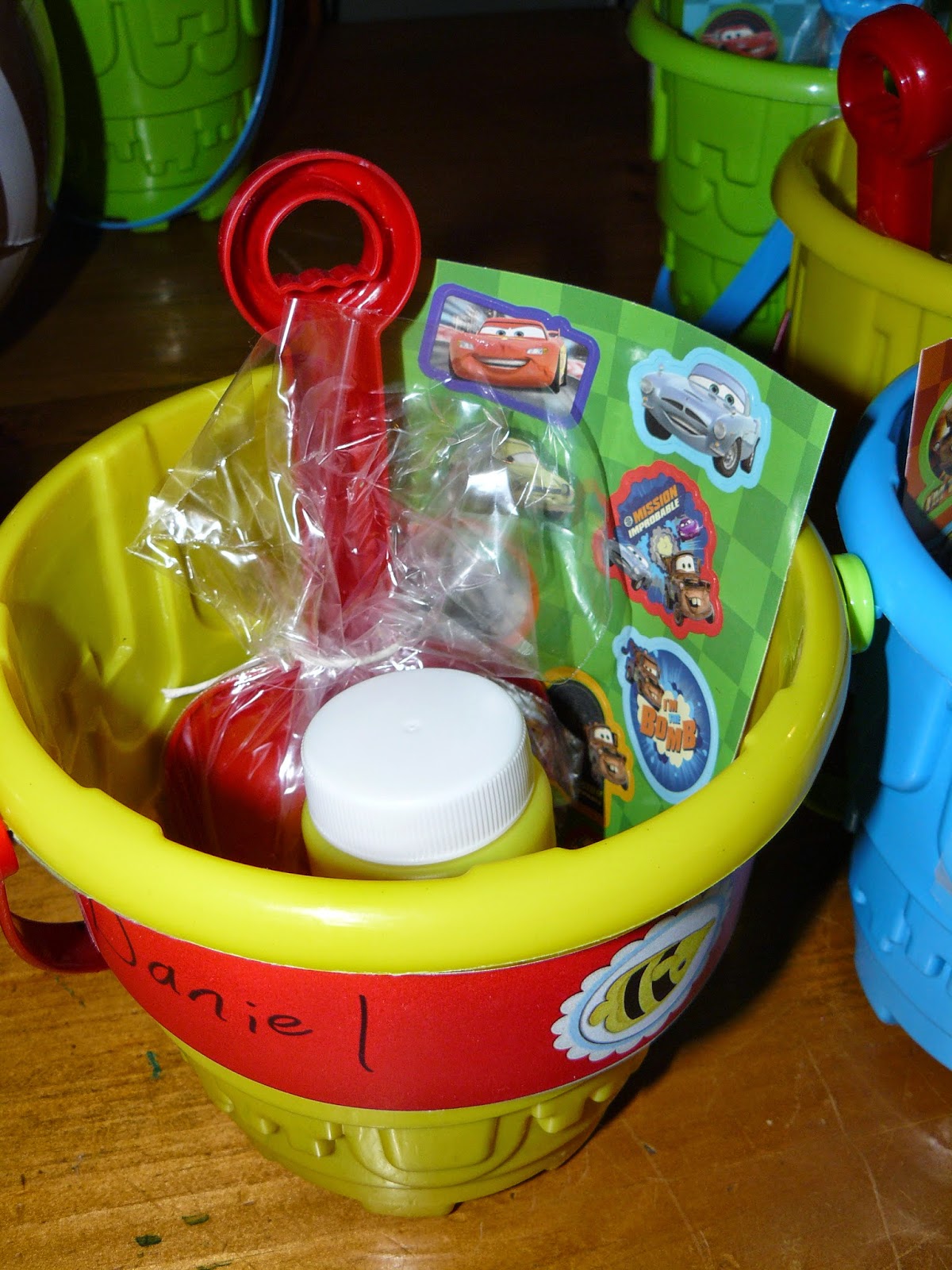 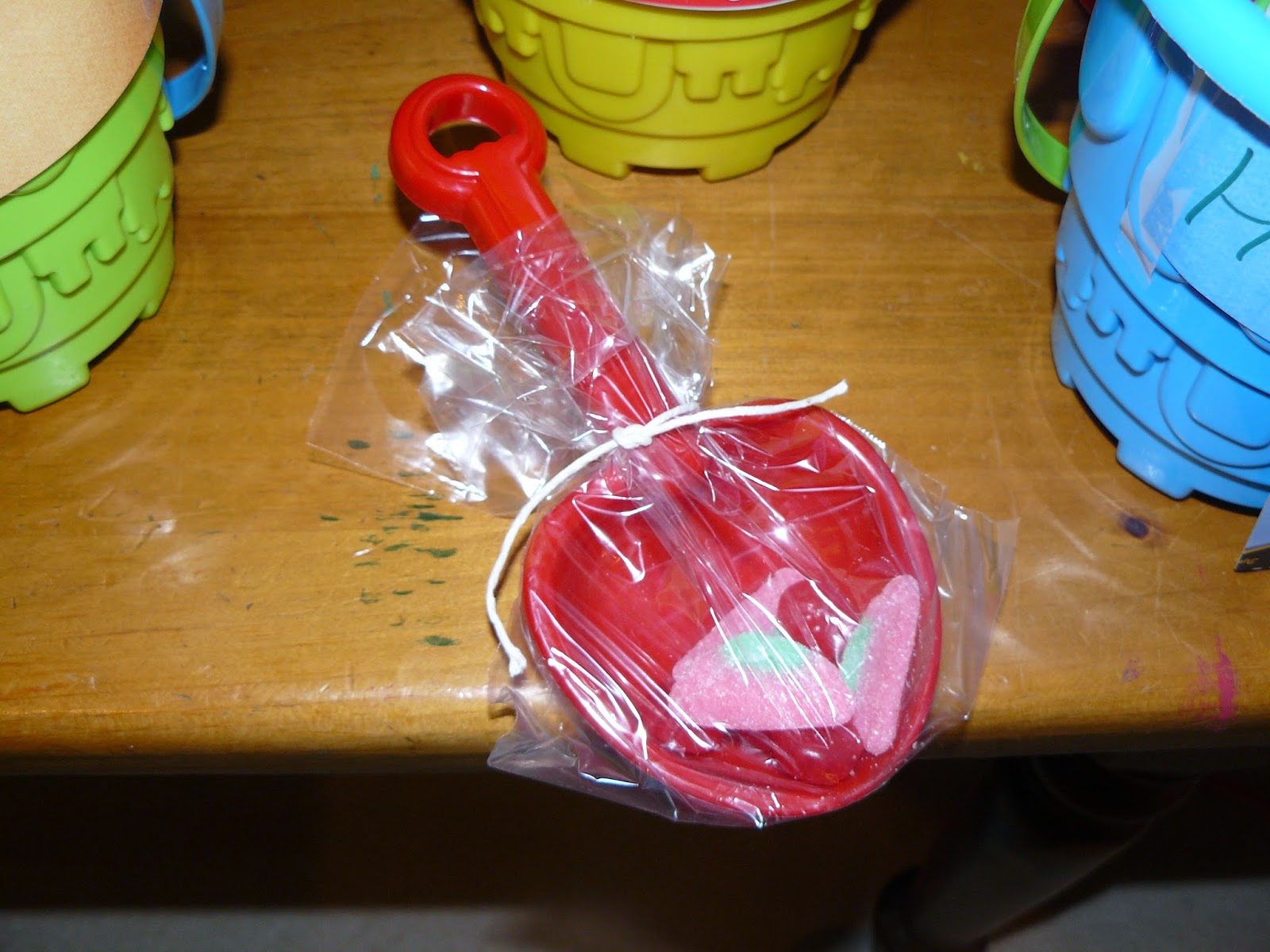 Which served the secondary purpose as a place to put the pinata treats and any prizes won throughout the party.