I am NOT a Thrifter. I swear!

It seems like every blog I visit has folks thrifting and buying stuff from charities and in support of community and stuff like that. I dig it. I even like the idea of buying used over new, and I love the idea of finding treasures in a junkpile, I just don't have time for thrifting and antiquing like I'd like to. Besides, most of those antique places and thrift houses are only open during business hours, so when would I have time to stop in anyways.

And then last week, I found myself on 3 separate occasions in three separate antique-junk-thrift stores, and came home with TREASURES! Plus I got that old shaper I blogged about like, yesterday, so I guess I'm on an old, used, and abused roll. Here's what I've scored... 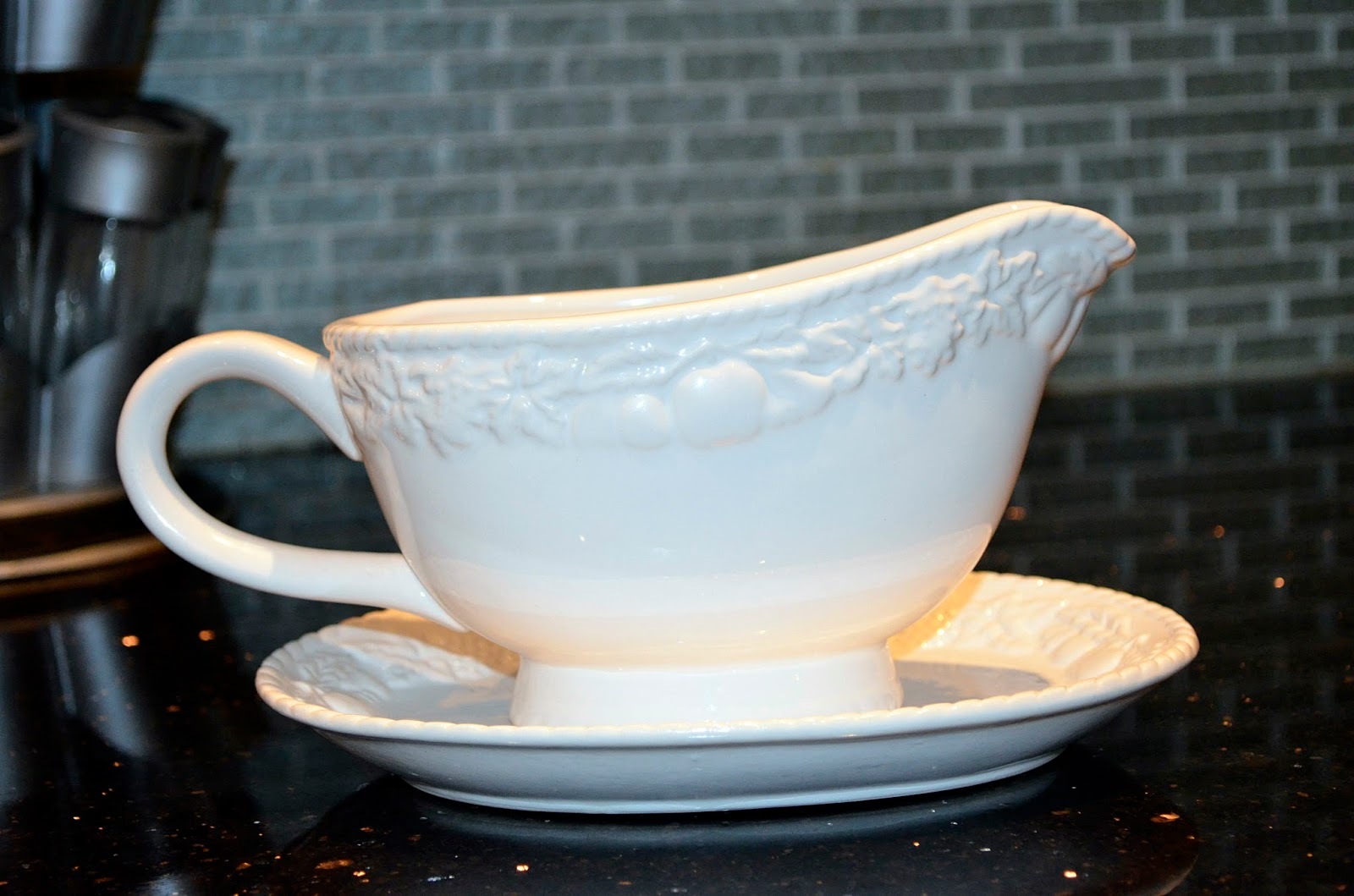 Not as great as the gravy boat, but still great in its own right was this set of 4 juice glasses. I know they are pretty pedestrian (except that they are wavy glass) but they are great because every day at breakfast our boys either fight over the plastic juice glasses (everyone wanted the blue one today) or they get out the big honkin' water glasses and want a huge glass of juice, which always leads to a lineup at the washroom just as we are about to head for school.

And the wavy glass looks cool. 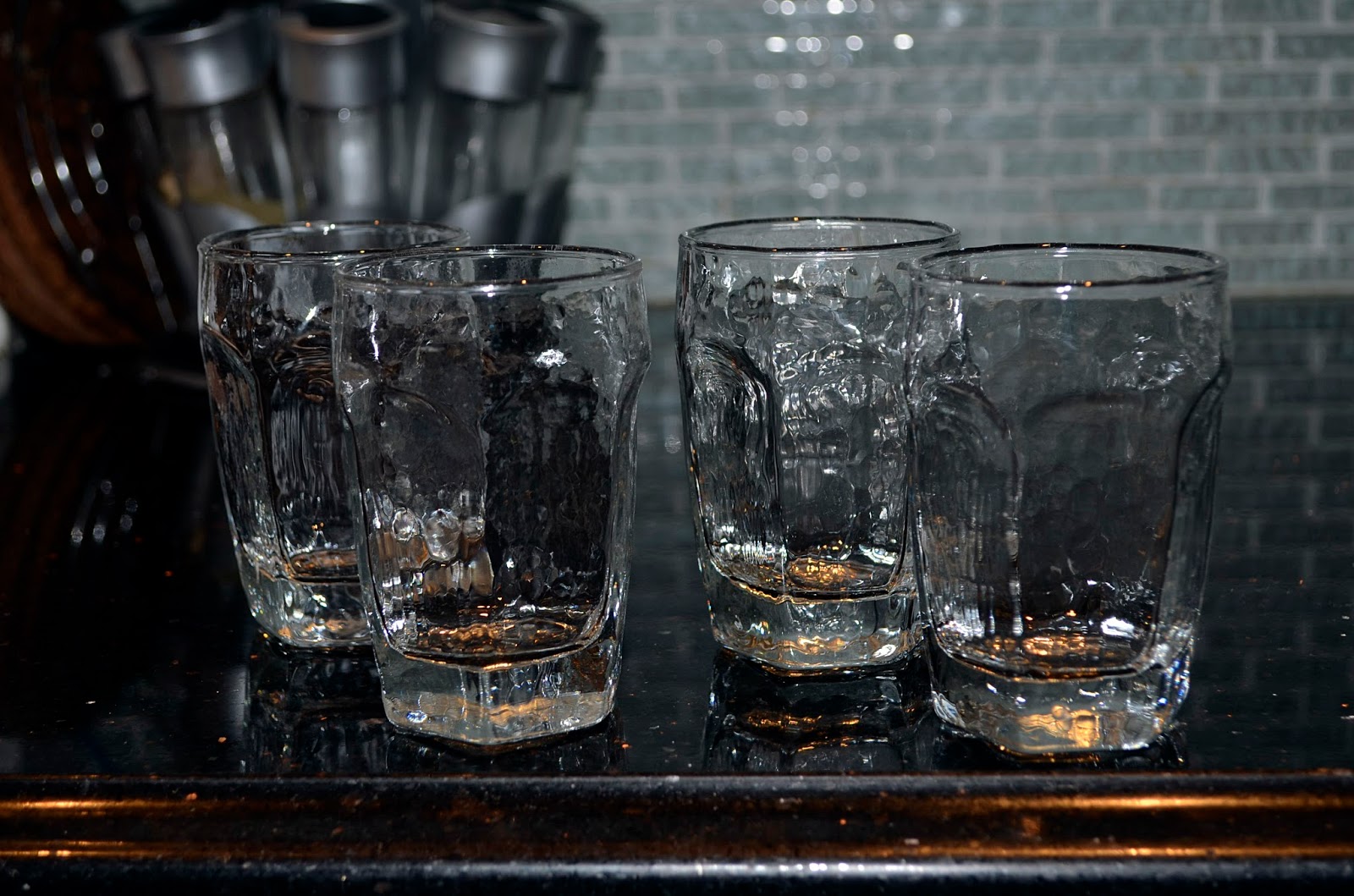 While I waiting at the cash, I happened to notice a rack of CD's from my youth - and there at the top, in a badly abused case was R.E.M. Automatic for the People. Sure I could download this for free from Napster (90's reference) but hey, for a buck, why risk having the law bust down your door? Keep on rockin' in the free world. 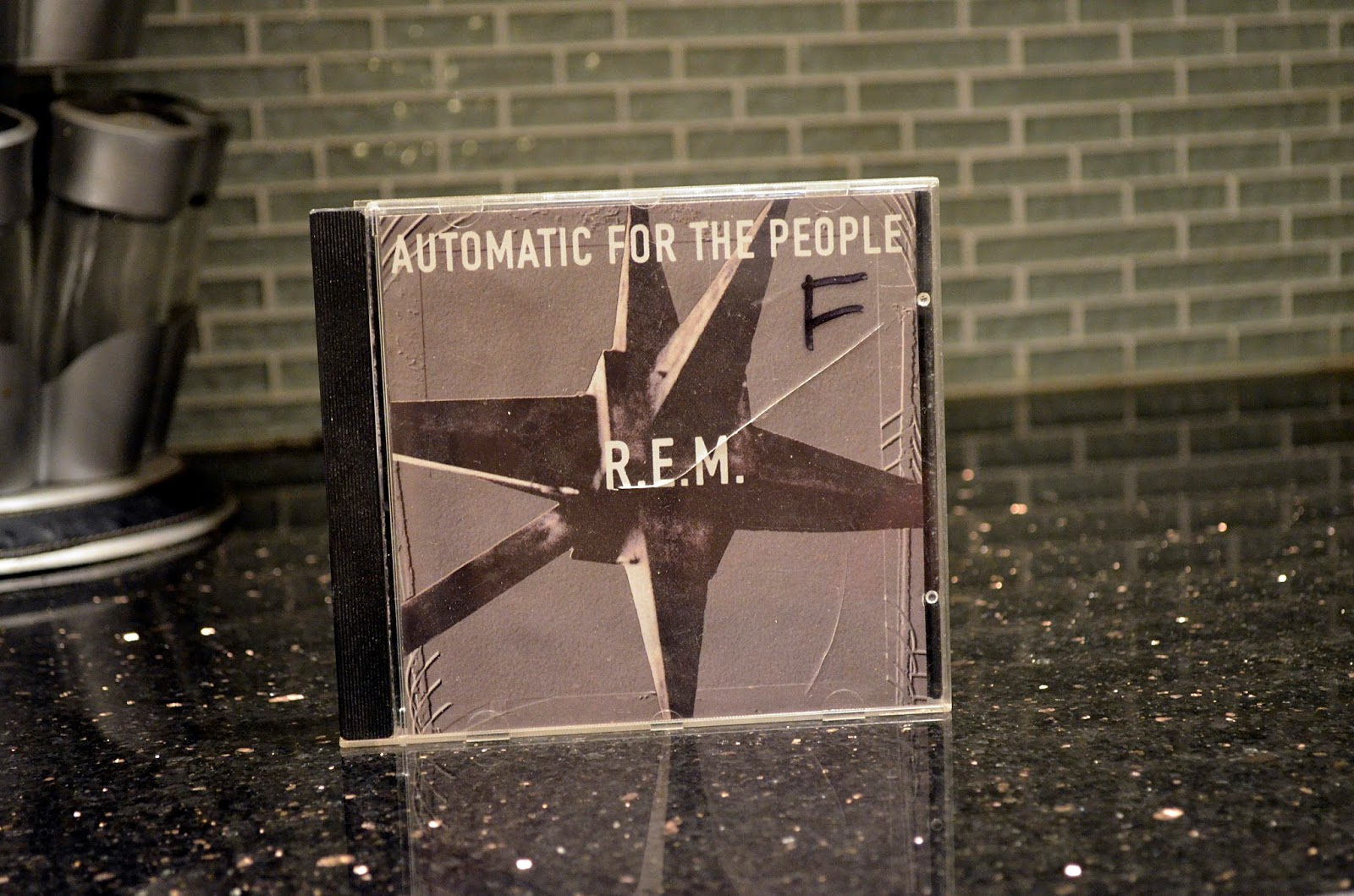 They had one shelf of old abused tools in the thrift store, and I was surprised to see three plumb bobs in the pile of rusty saws and hammers. I remember my dad having one and watching it swing and spin until he gently put his finger beside it and checked that his whatever would be exactly over the other whatever, then marking the spot on ceiling where the nail, or joist, or wall would line up. Dad's plumb bob was a piece of hexagon-shaped steel that had a point ground on one end, and an eye on other to tie a string to. The plumb bob I picked up looks like an art deco piece. Its almost wrong to put it in a tool box! 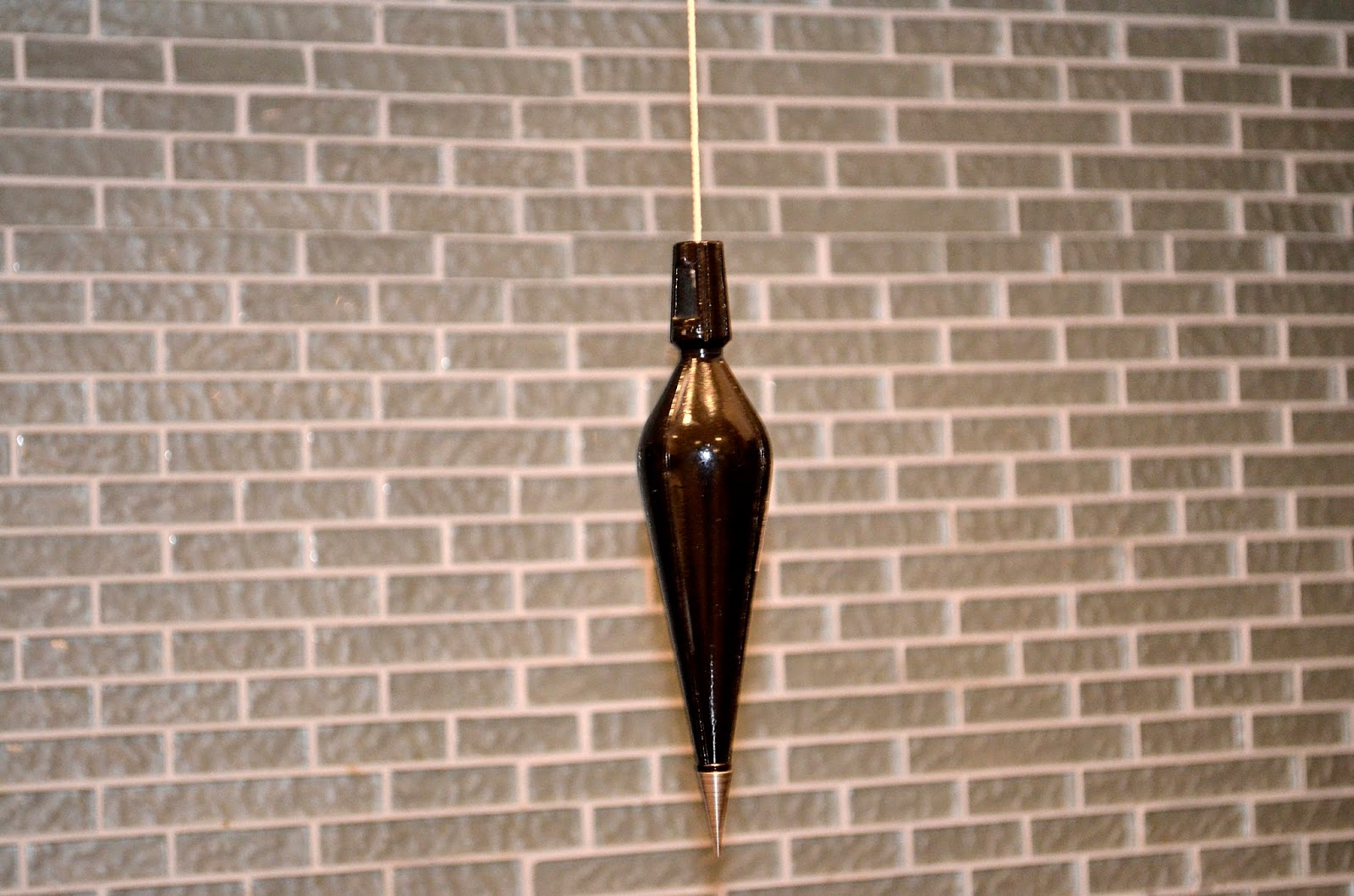 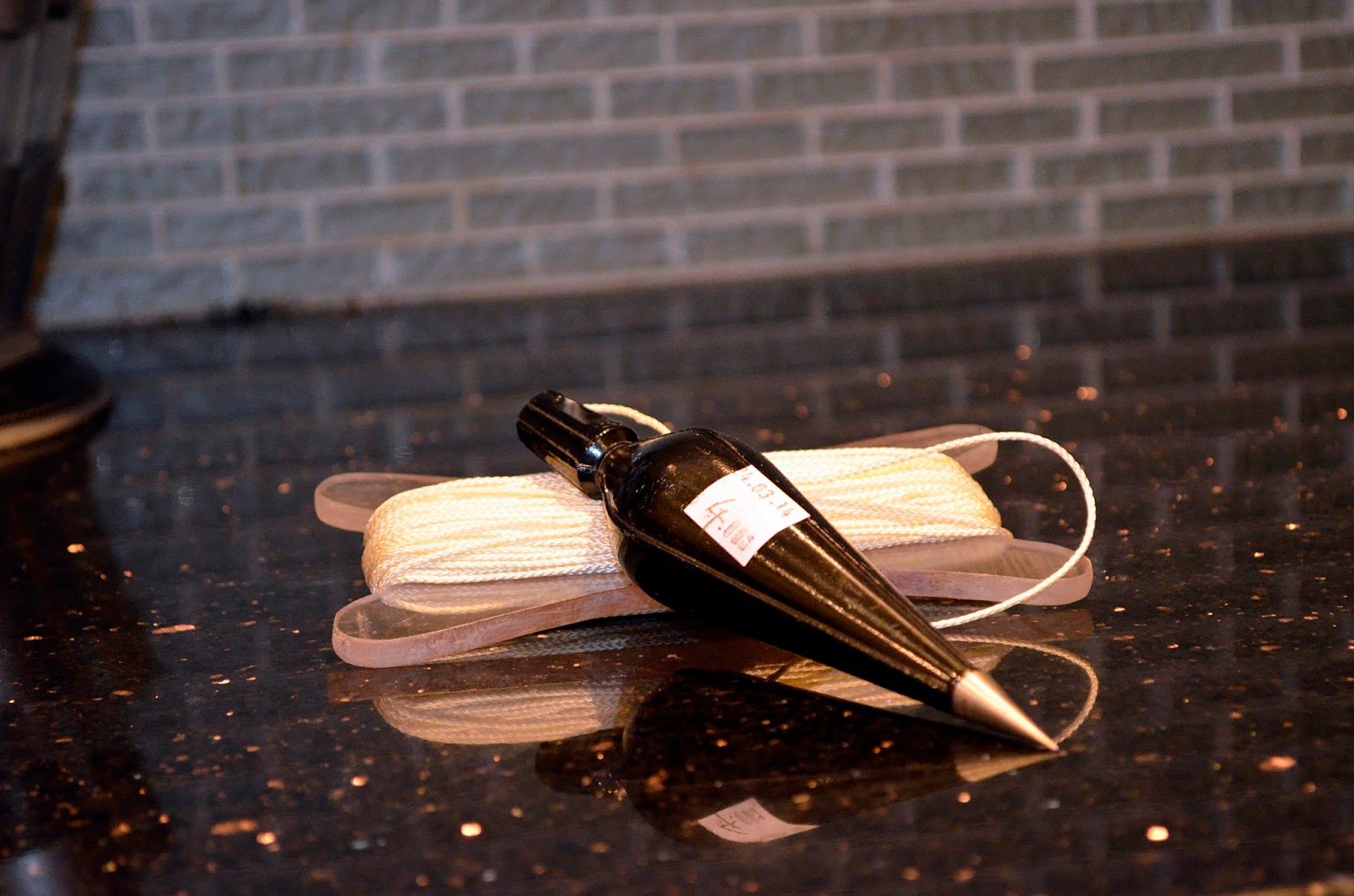 My final find is truly amazing. I can now say I am the owner of a tapestry. Our tapestry is intended to go in the master bedroom once the decorating is complete, but for now it is hanging in the hallway. I need to start referring to the hallway as the gallery so it sounds more pretentious. Also, our bedroom is now "The Master's Chambers." unless that's a washroom. I'm not sure.

I love the frame this came mounted in too, but it needs a touchup here and there due to the chipped stain. I wonder if the frame could be painted the same off-white as our ceiling, or if that would be a mistake.

I almost don't want to post the tapestry until we have it in the room, but its so cool, I don't think I can wait either. Even as a standalone, I think its great. here it is. 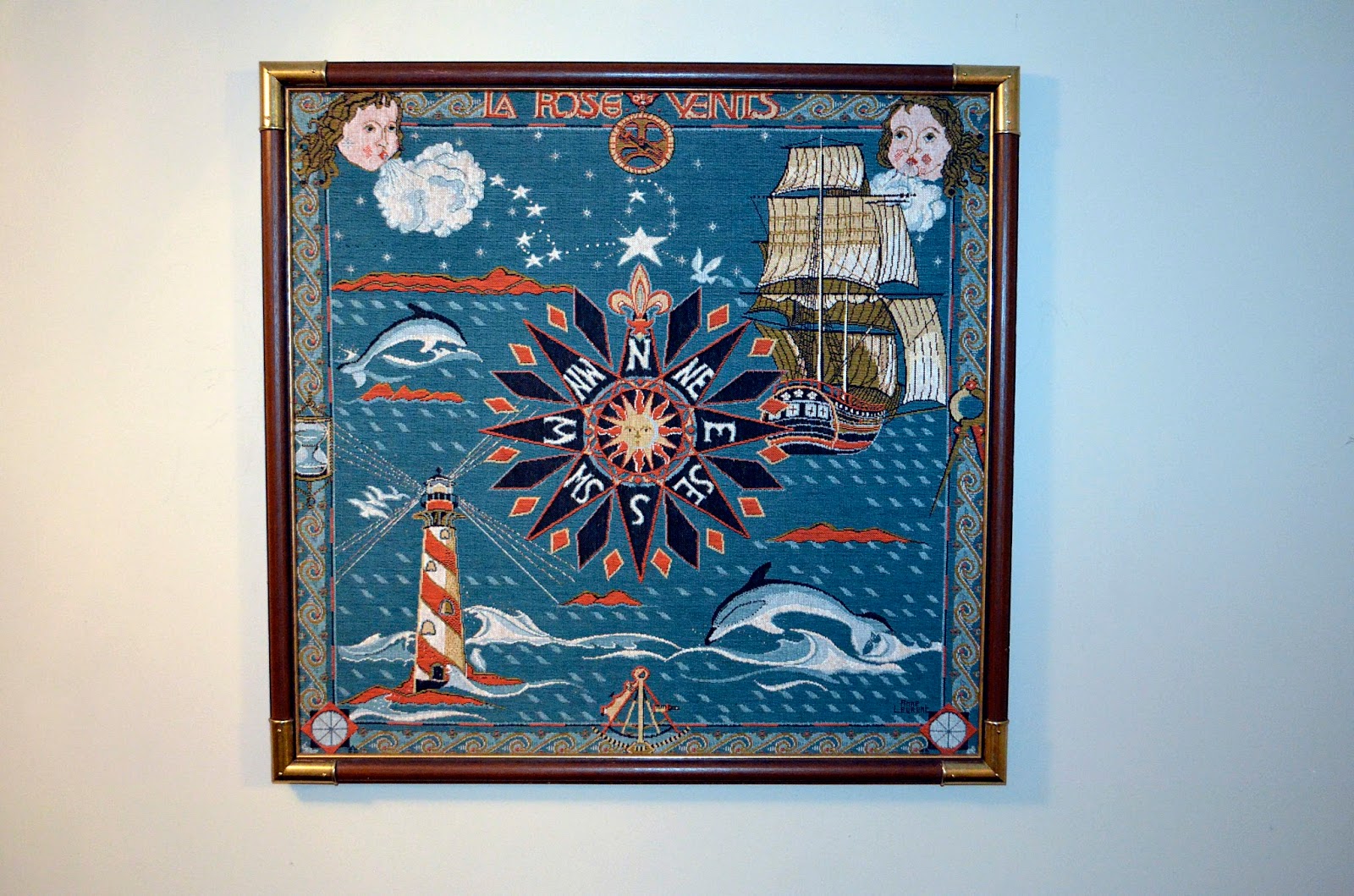 I needs a shelf under it with a pile of old books and a globe or two. Where are you when I need you Gretchen!
Posted by littleboatiris at Wednesday, April 02, 2014