We interrupt this project for Beaver Buggies! 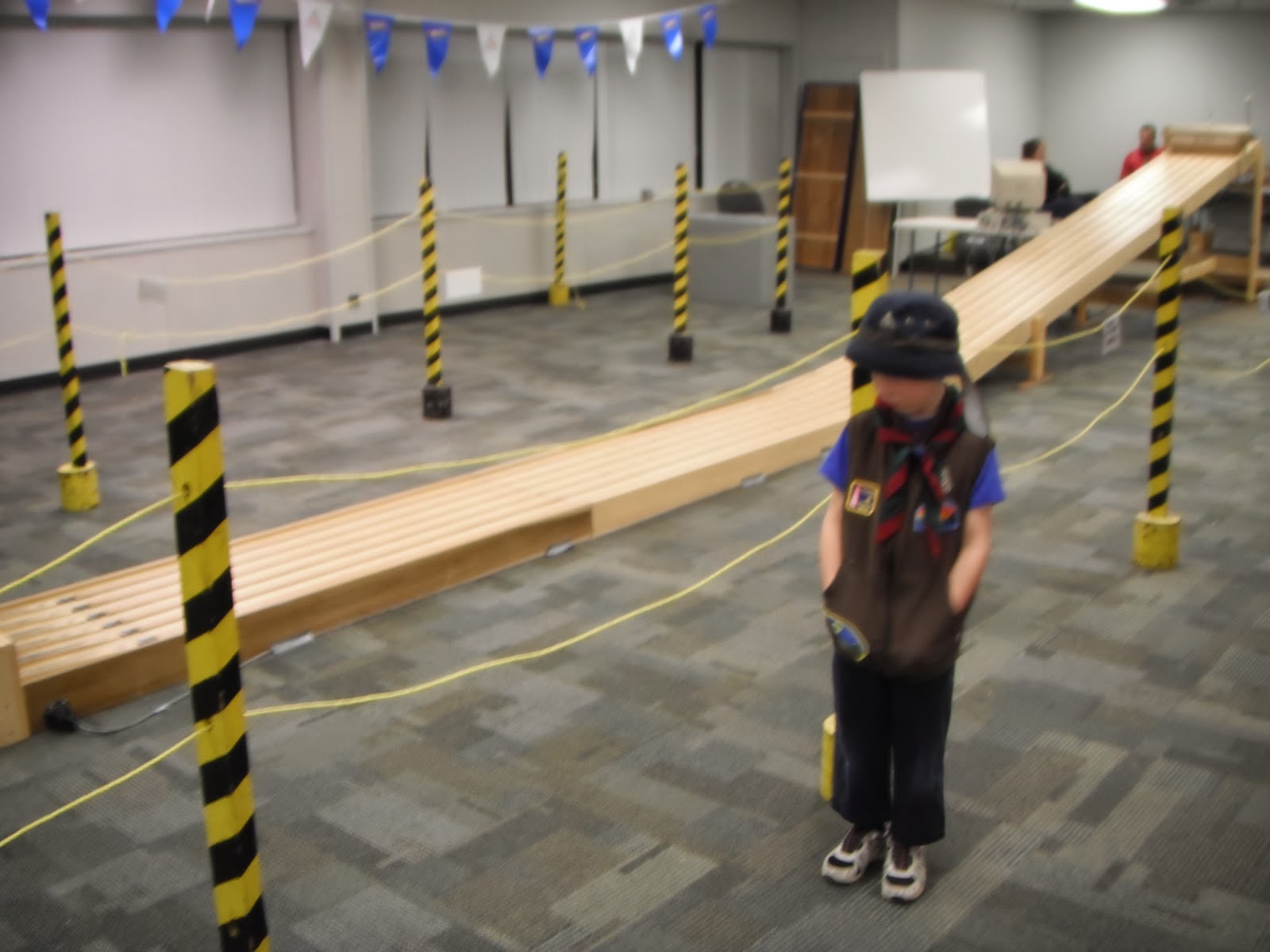 So this post was supposed to be about routering out the number line rail, but instead I'm sharing Beaver Buggies. Why? Because Beaver Buggies are cool, and Buddy made one, and because its freezing in the garage right now so I need to buy time on the whole woodworking thing until its warm enough that I can actually stand being in the garage working.

So here is Buddy with his Beaver Buggy: 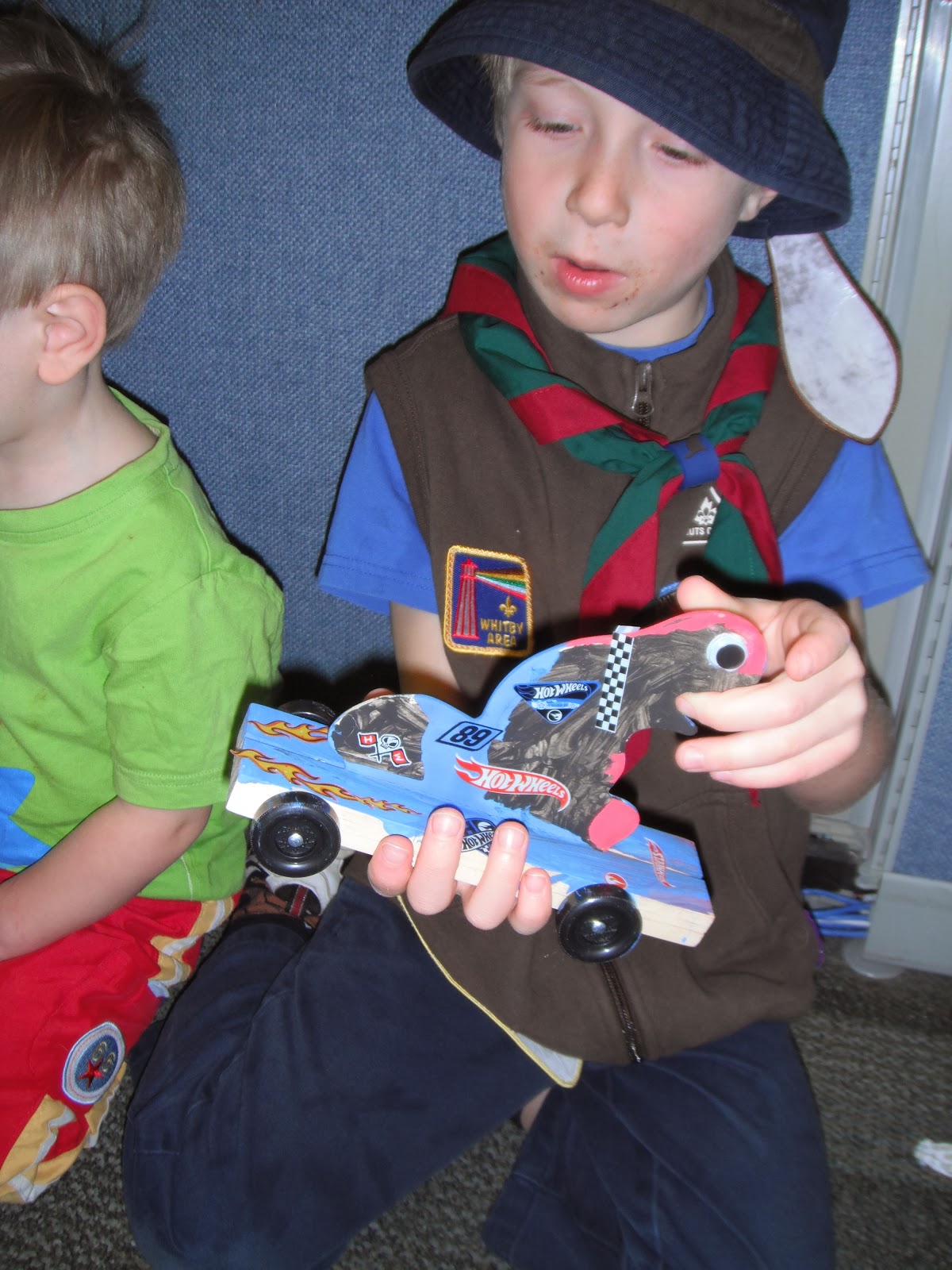 He made it all by himself.

So Beaver Buggies are like cub cars, except that all the kids can do for customization is to add stickers and paint.  The rules are super simple... Beaver Buggies are not to race, they are just to drive down the pinewood track. They are for fun, and are non-competitive. I embraced that spirit and actually let Buddy do his car on his own. All I did was to attach the nails that hold the wheels on - and even then, he did two of them while I held the buggy. 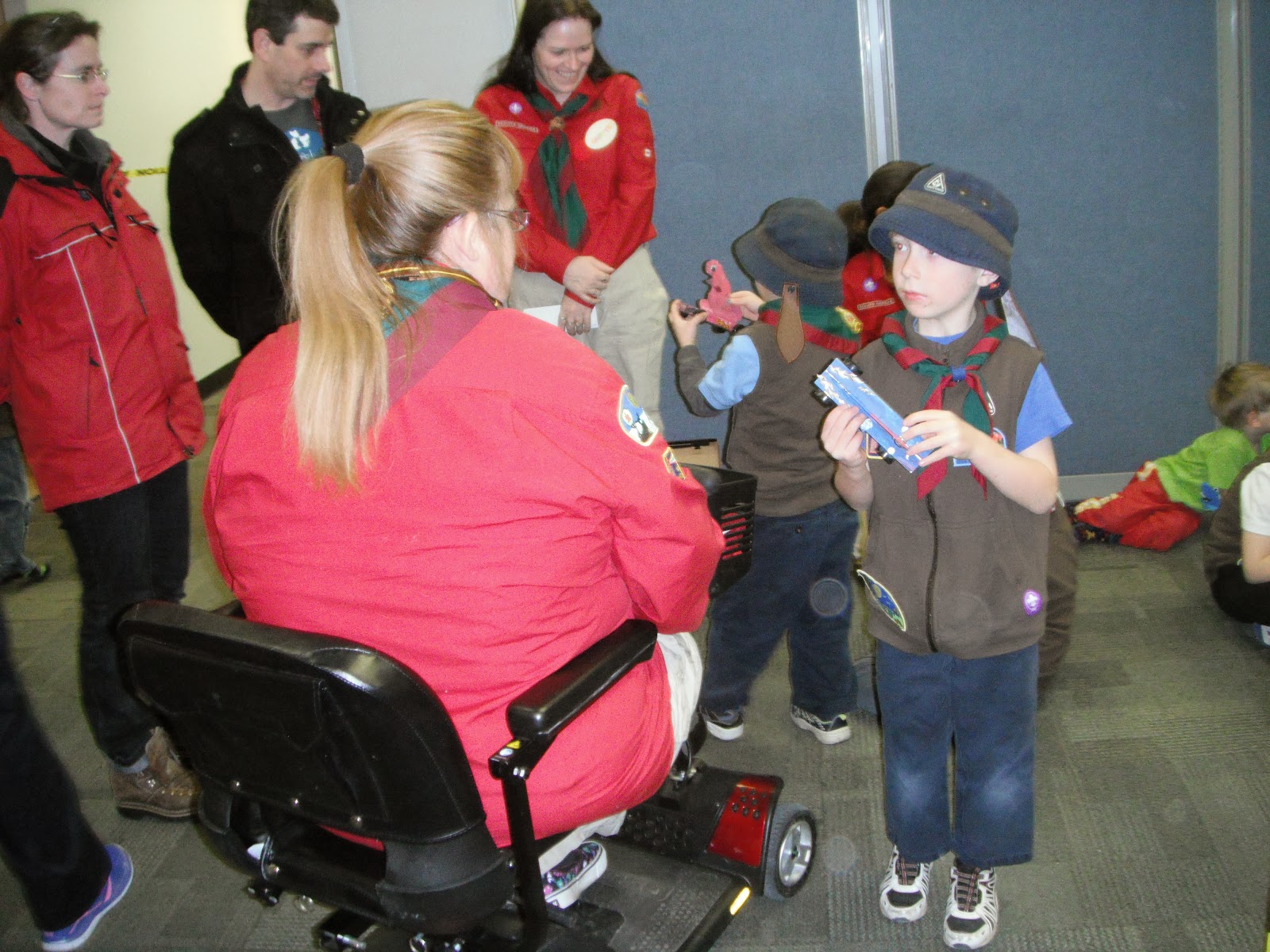 Apparently I am naive.

The Beaver Buggies were lined up on the Pinewood track for a non-competitive run, and the kids were encouraged to cheer on their buggies. Dads stood on the sidelines in anticipation. There was a countdown and the non-competitive buggies raced down the track. The father who had aligned wheels and straightened axles on his son's buggy was particularly vocal, shouting to his son that they won EVERY RACE!!!

After a couple more whoops like that the scouter running the non-competitive event started doing silly things with the cars, like turning them sideways on the track, or running them backwards, etc. 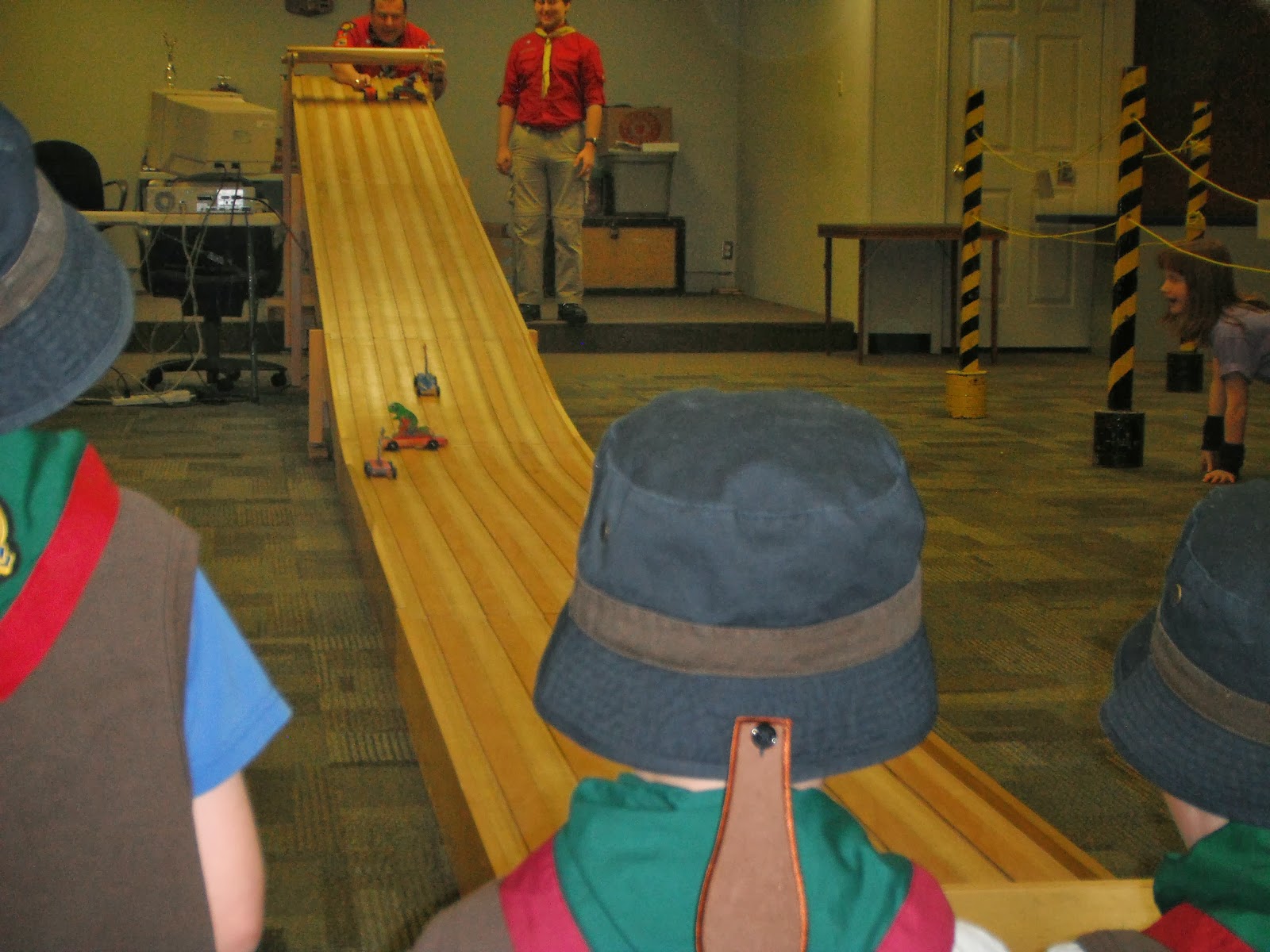 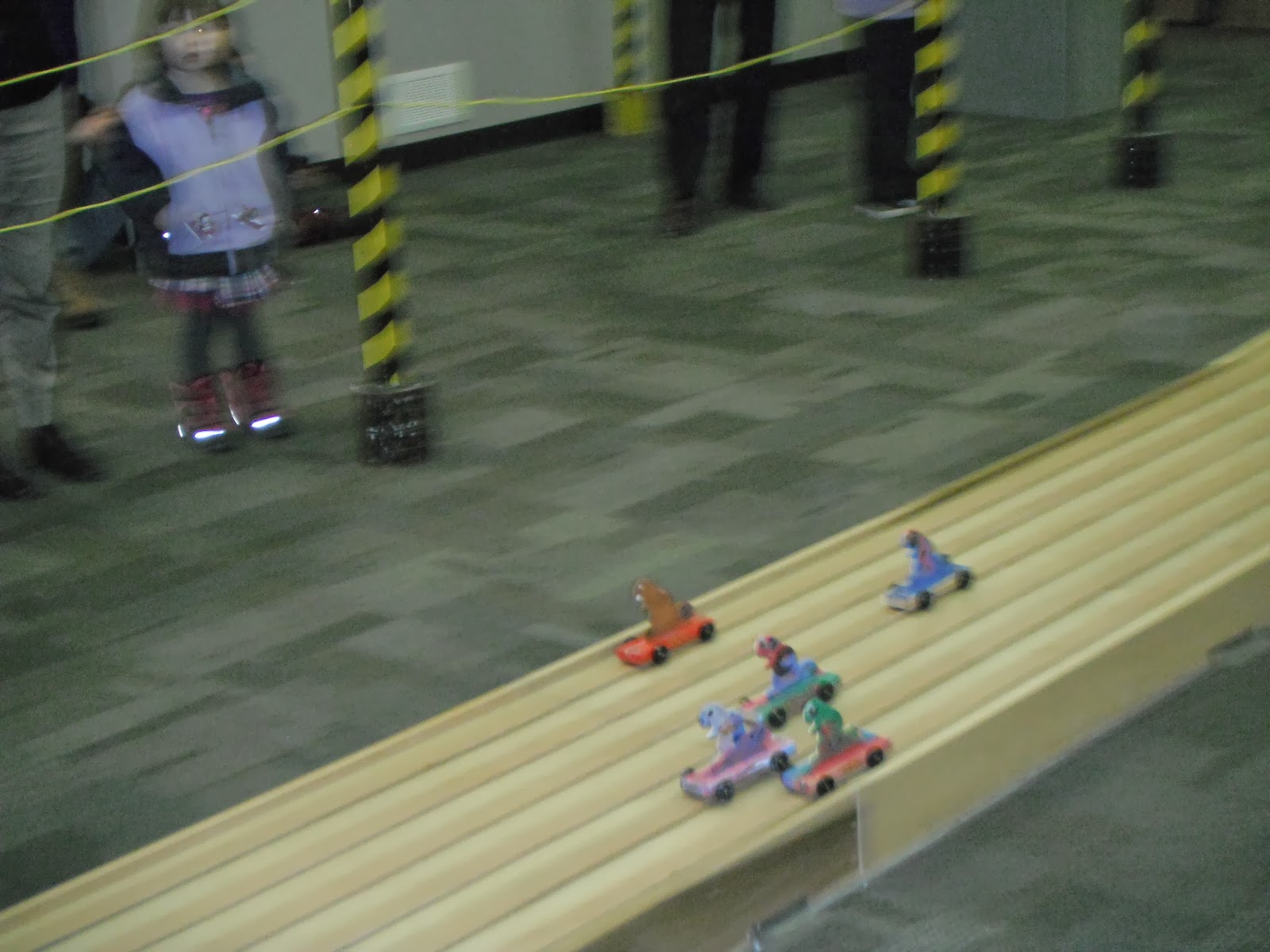 Good guy scouter knew where it was at. 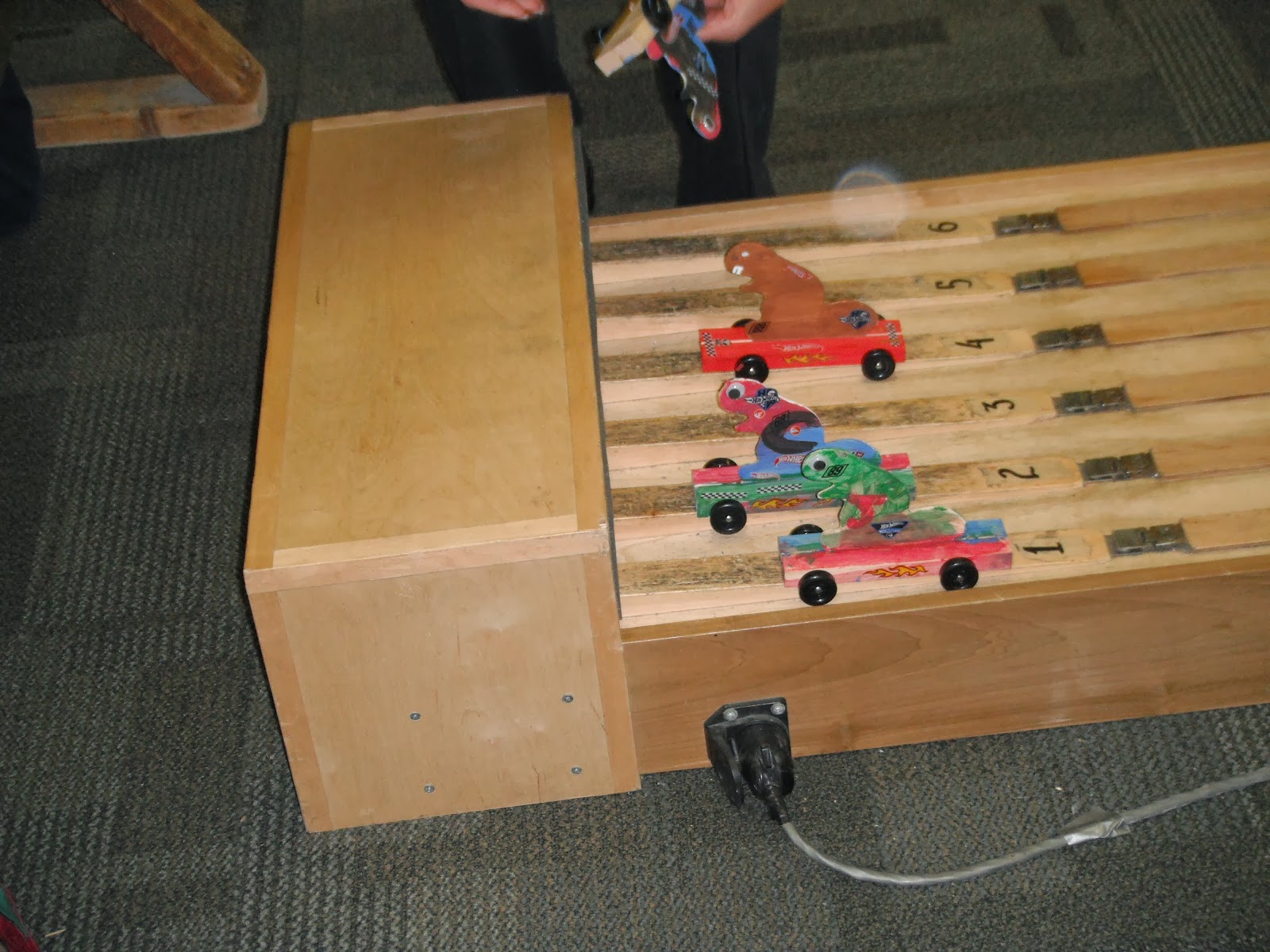 After 20 minutes of running cars down the pinewood track, everyone switched spots, and buddy got to go into the story station to hear stories and try to get his pinewood drivers licence. Then it was into Beaver Buggy Bowling where the buggies were mercilessly smashed into Spongebob figures to see who could cause the most destruction in 20 minutes. This proved to be much fun. 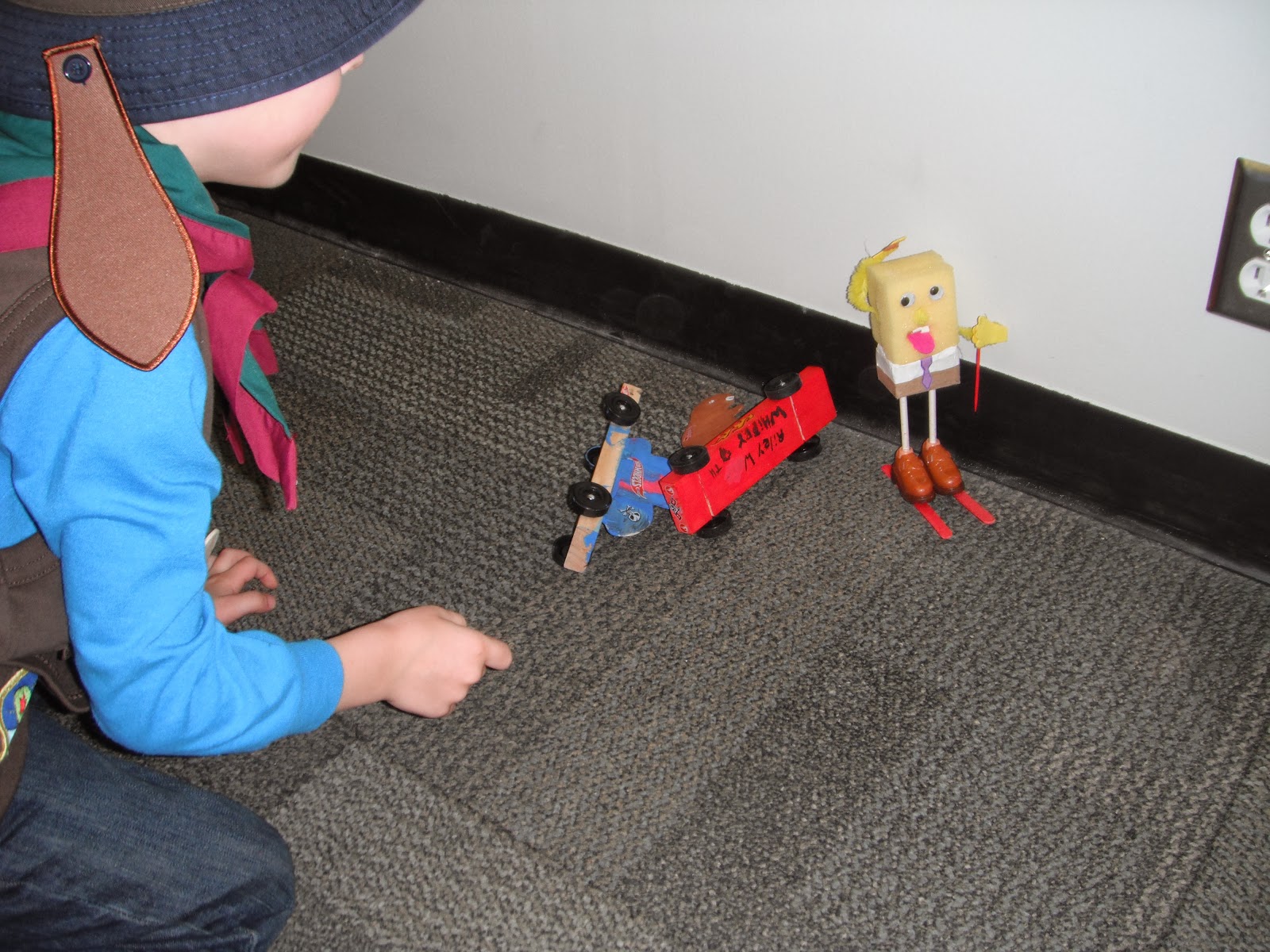 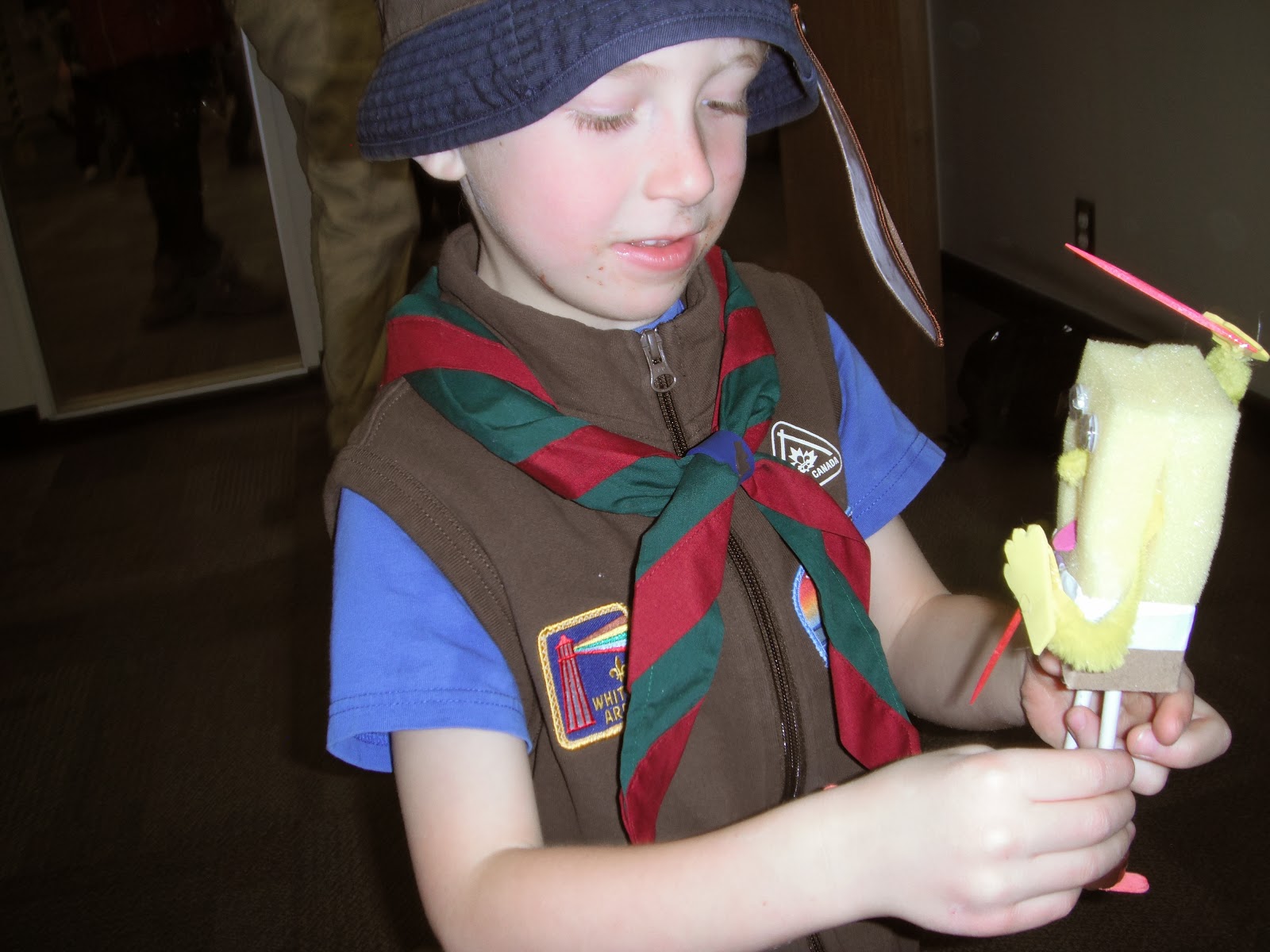 We went home tired and happy with new badges and a slightly marred Beaver Buggy. Next year I'll be bringing more tools to beaver buggy building night though. The non-competitive event is a little more fun for the boys when their buggy is competitive.
Posted by littleboatiris at Wednesday, February 26, 2014