Is number line one word or two? Numberline, Number Line, Rumbaline, Rumba line. I can't decide. Anyways, this post picks up where I left off yesterday. The plywood carcass is built, and its time to start accessorizing.

Since all my plywood parts are done, I'm ready to move along to hardboard parts. Hardboard is basically cardboard on steroids, so it isn't much good for structural stuff, but it is good as a stiffener (like on the back of a bookshelf) or as a backer for really flimsy things - which is what I'm using it for today. 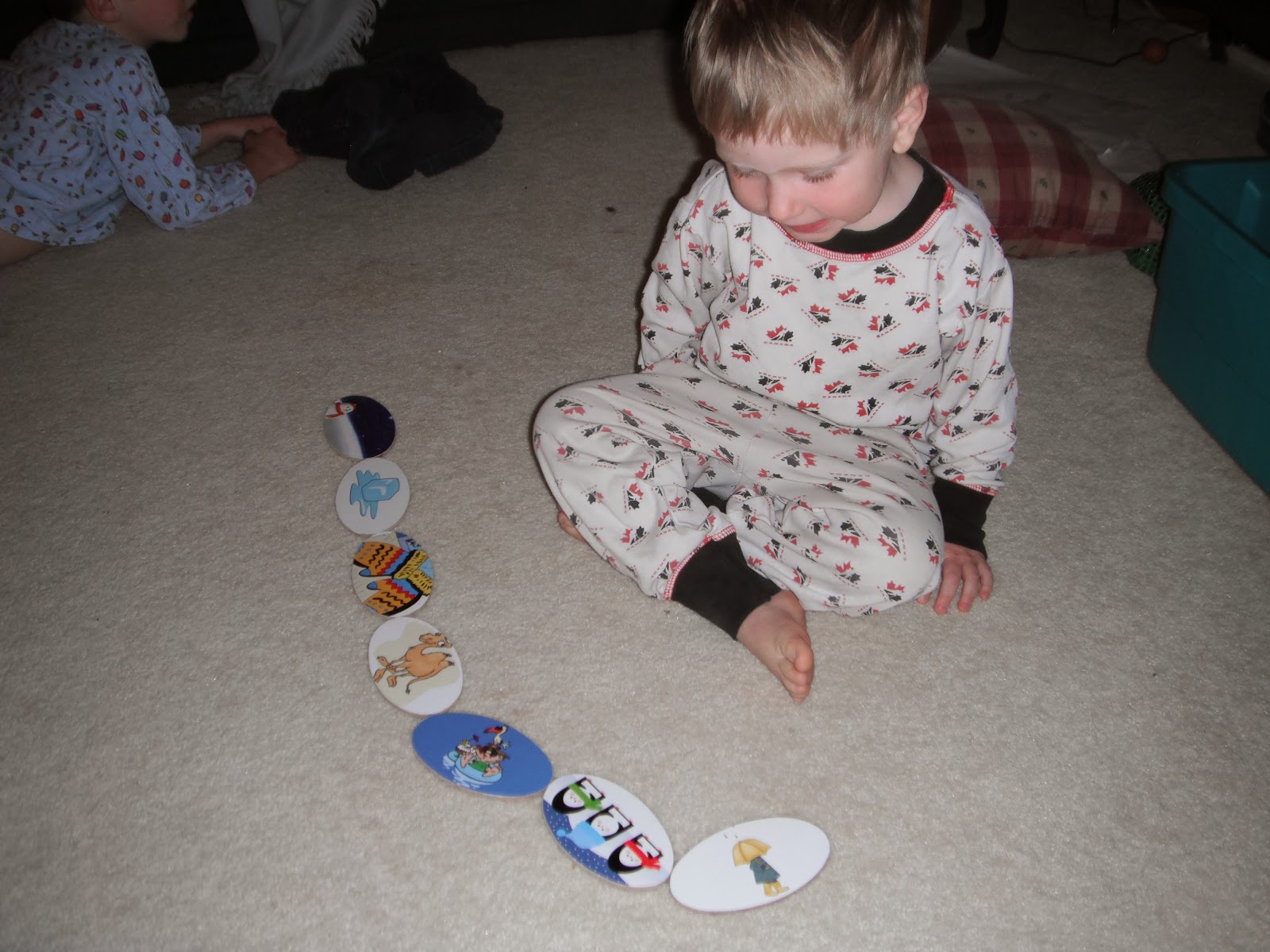 The first things that I wanted to toughen up were my weather icons. Since we are using weather to introduce the number line, I got a bunch of stickers from Zazzle.com. The plan is that they will be attached to the backboard behind the temperature they represent. But I want the kids to be able to move and manipulate them to move them to match the weather to the day's temperature. My weather icons are (from hottest to coldest):


If its camel hot, or penguin cold, I'm staying home. 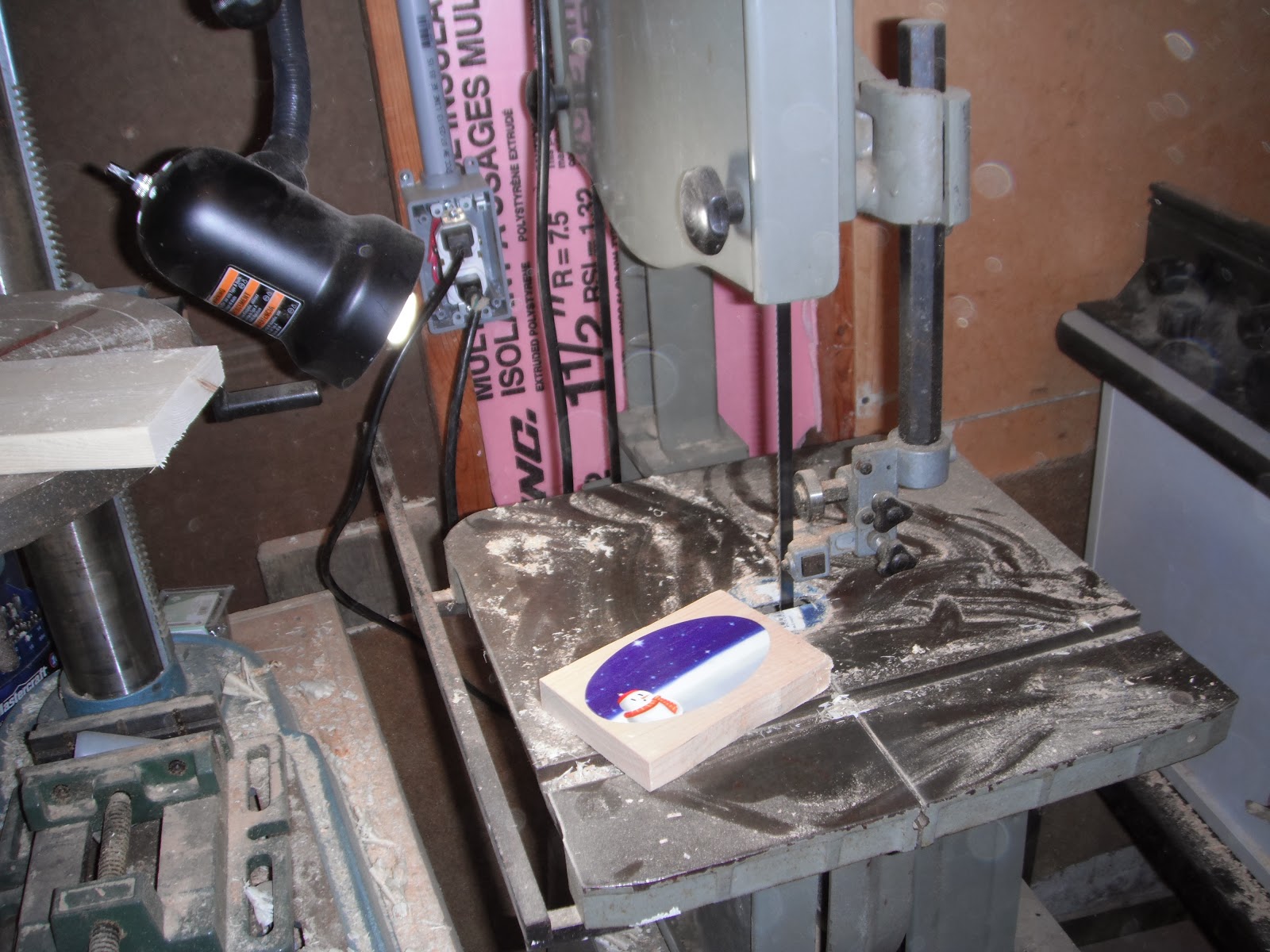 On Zazzle you can specify the shape of the stickers you want, and if I were smart, I would have stuck with circles or squares, but because whimsy took precedence over logic, I bought ovals. Now I am faced with the challenge of cutting 7 ovals exactly matching the outline of the stickers.

To start I attached a scrap sticker to a scrap piece of 3/4" pine, and cut the pine down to nearly to sticker size. On the band saw I carefully cut the wood to match the sticker's outline. Snowman cold is about the temperature of the garage right now. 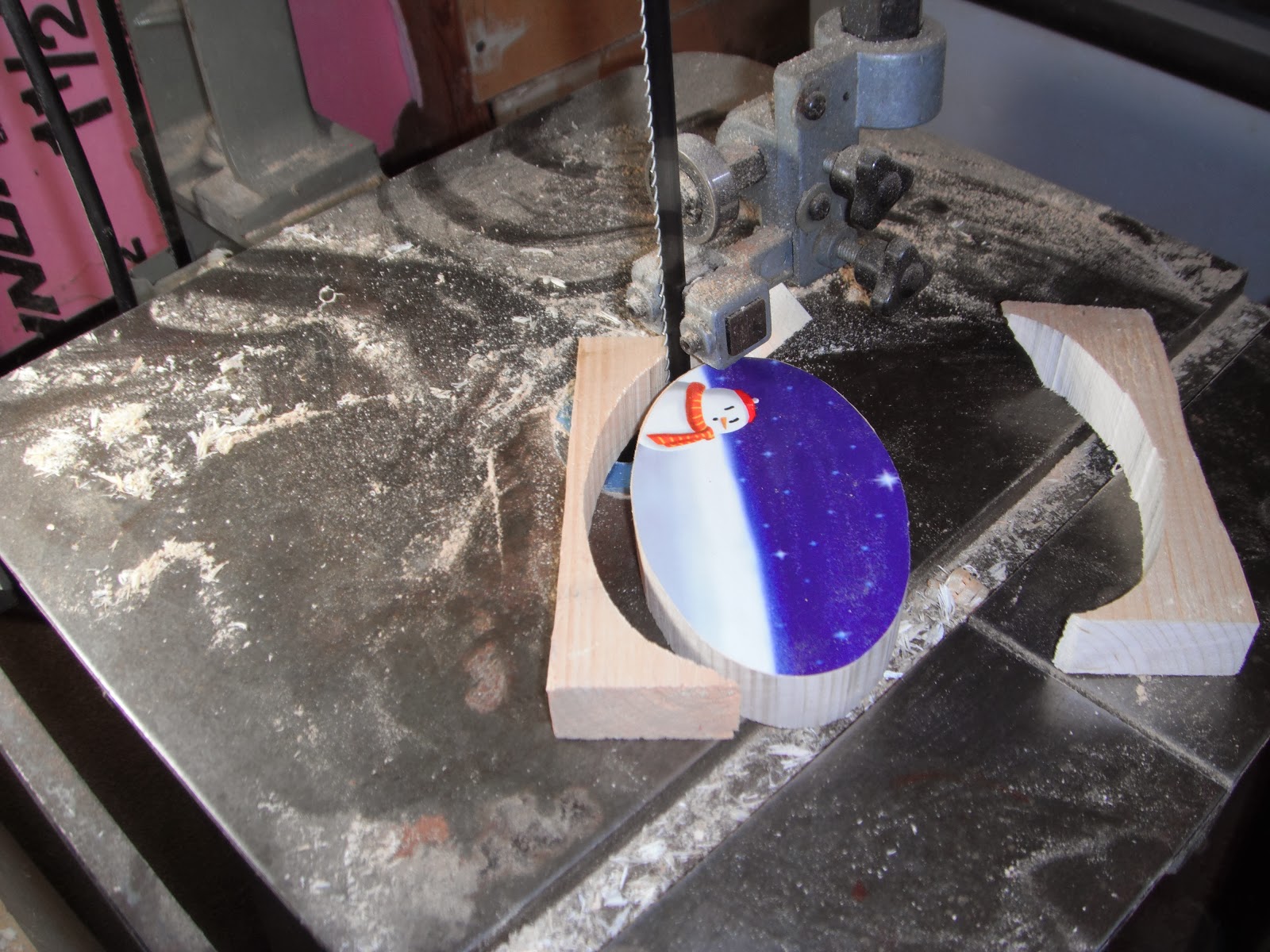 With the wood and sticker nearly matching, i sanded away wood until the template was close to right. Unfortunately I sanded away a little too much on one end, and now my ovals are lopsided. C'est la vie.

With my template made, I went to the basement (where its between swimming pool warm and rainy day warm) and glued together 5 pieces of hardboard using spray adhesive. Then I glued my snowman template to the top of the pile. 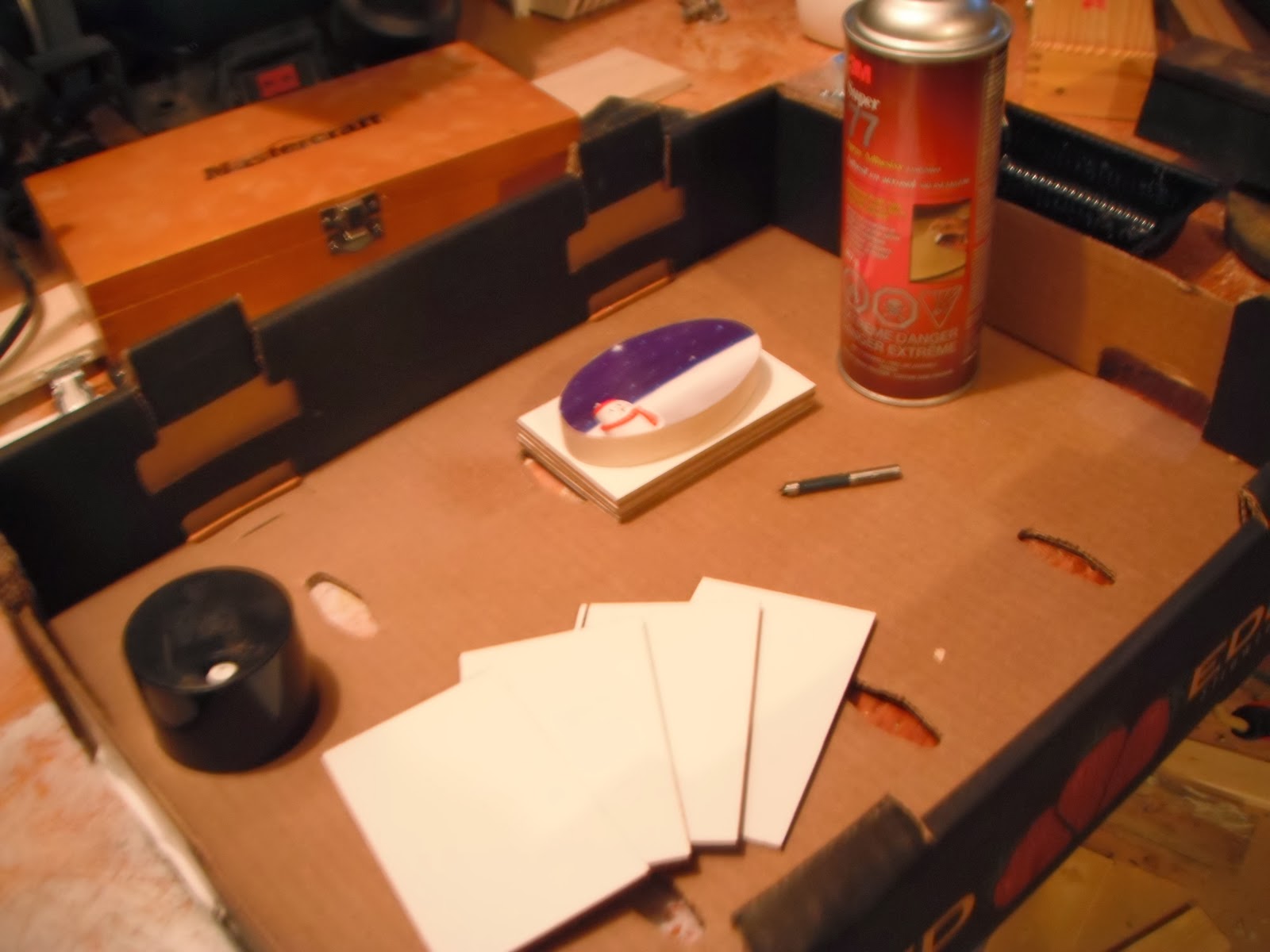 Back out in the garage, I put the stack of hardboard through the bandsaw, but this time when I cut it out, I left about 1/8" around the template. It went much faster since precision wasn't an issue. 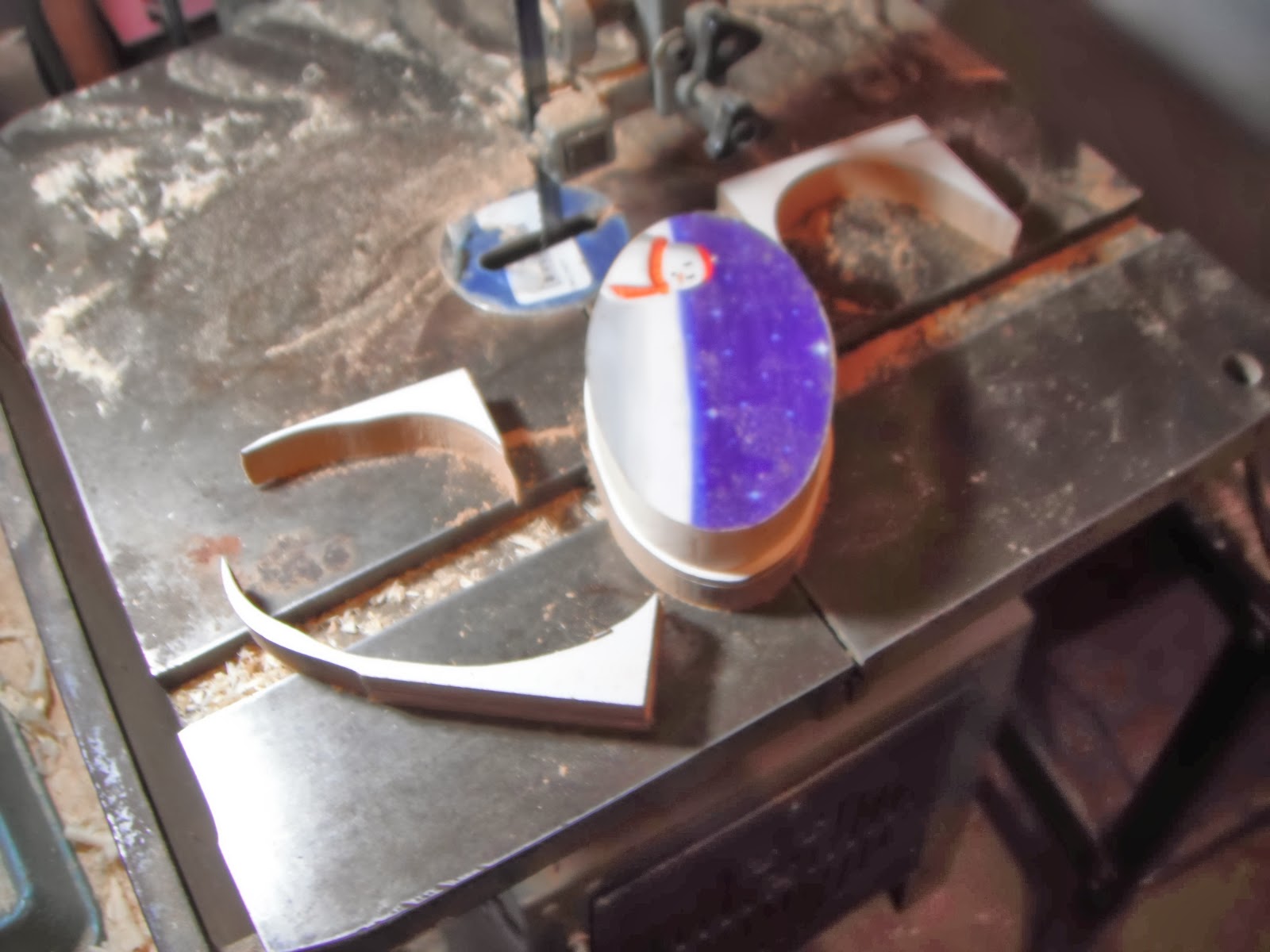 With the rough cut done, I took the stack over to the router table. The router table and I are still working on our relationship. We still don't see eye to eye on a lot of things. Since I couldn't find a straight bit with a follower bearing (I must have a dozen WITHOUT a bearing, but I just knew there was one with a bearing somewhere) I tried using a panel pilot bit to carefully nibble away at the hardboard. If you look at the top of the bit you will see that the pilot bit has a flat area where it will follow a template without cutting it. The black section of the bit has a single blade face which will cut. A straight bit would have two blades, and a small bearing at the top or bottom to follow the template. 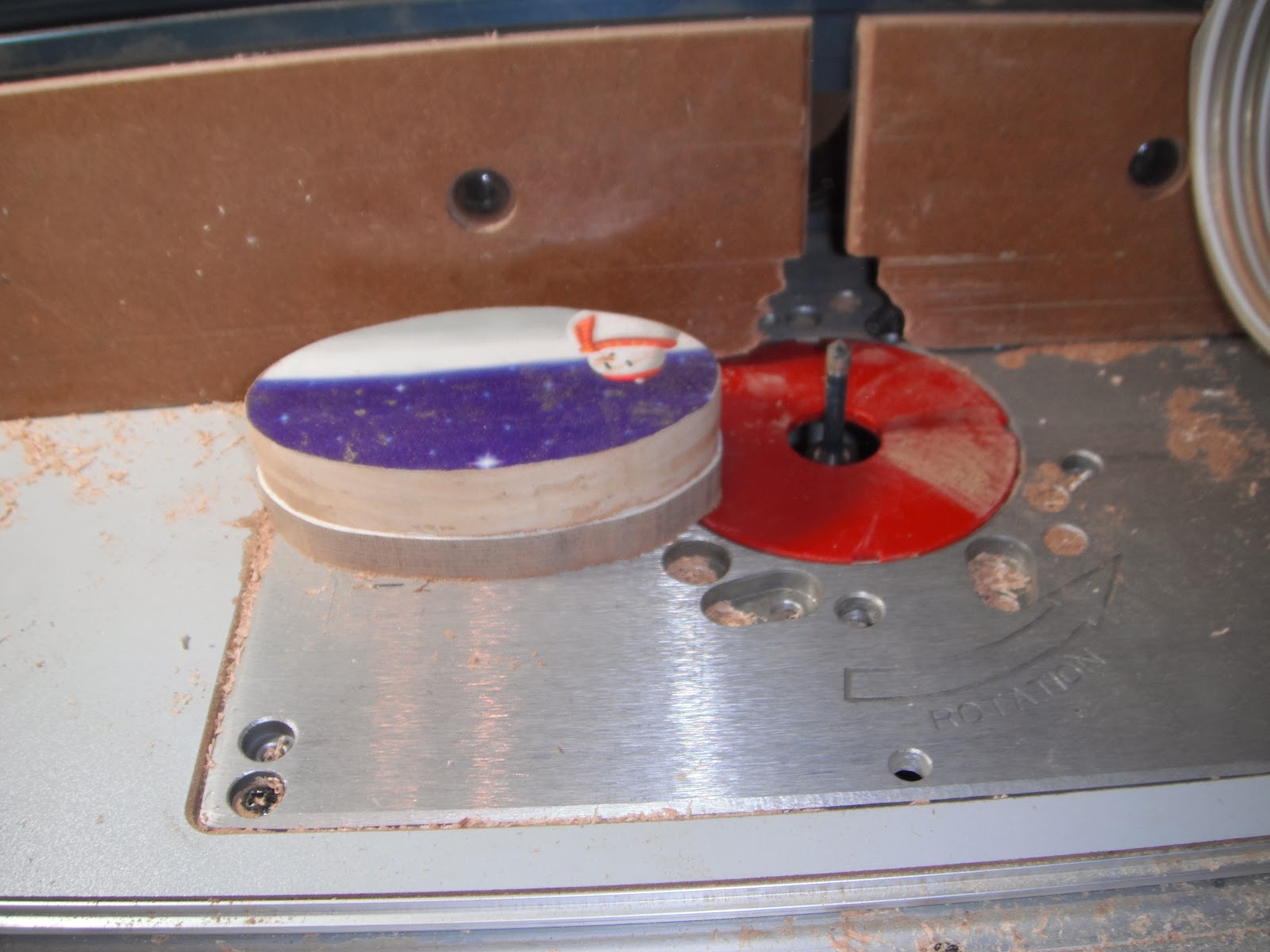 It was a very delicate operation getting the blade to cut on this bit. Push too hard and the blade wants to throw the part across the garage. Too light, and the blade would chatter and skip across the hardboard. No matter how I cut, prodigious amounts of fine dust flew everywhere. I got the dust collector running right away. In the pic above you can just see its hose in the corner.

After some effort (and cussing) I got my ovals cut. 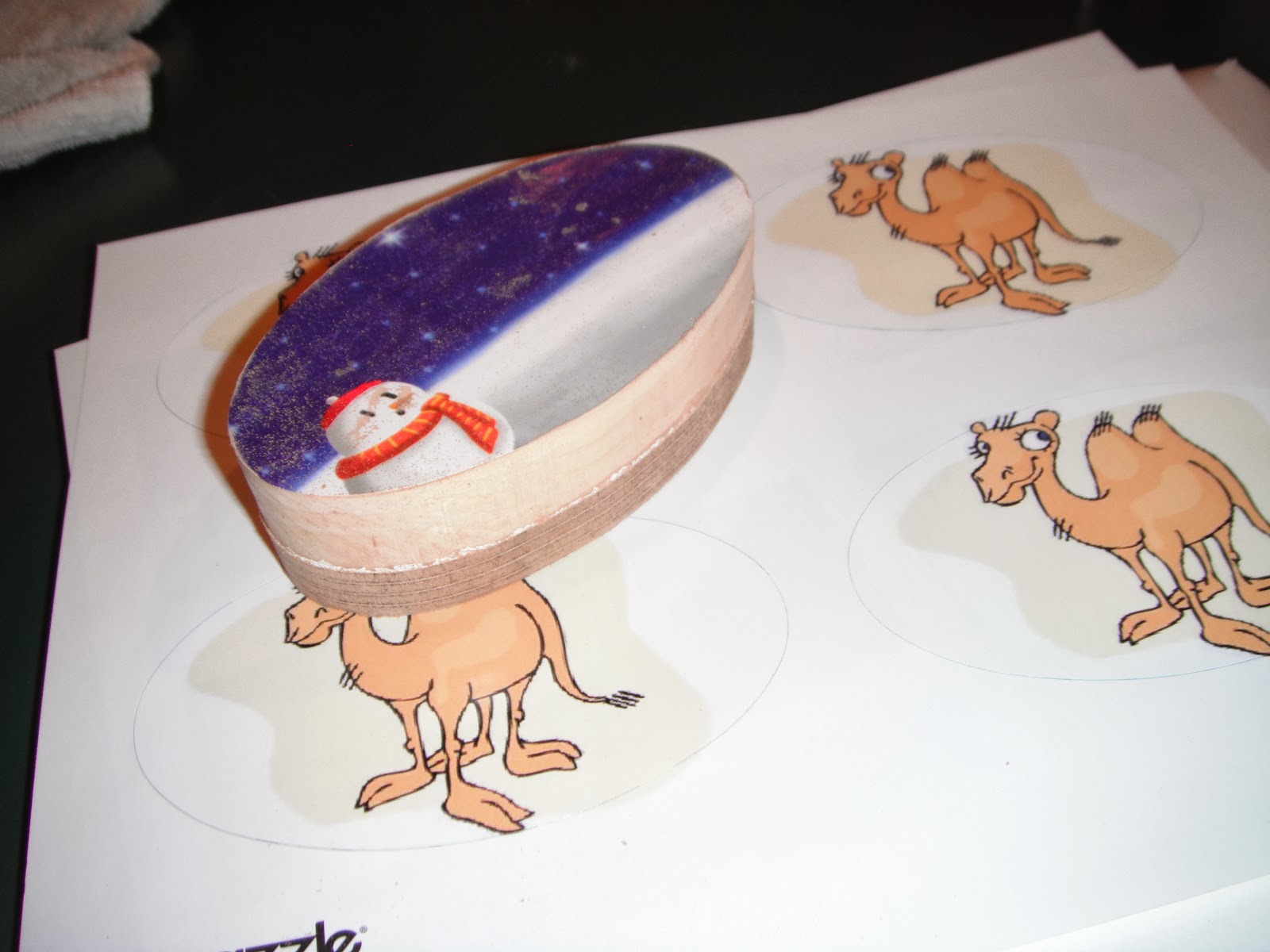 Separating the parts was done with an Exacto knife since the glue had set up and didn't want to let go. Then all the glue was cleaned off using mineral spirits, and the stickers were carefully applied. Since my ovals were slightly out of oval, and since they were slightly undersized, I used sandpaper to clean up the edges where the stickers had some overhang. I think they turned out fine. 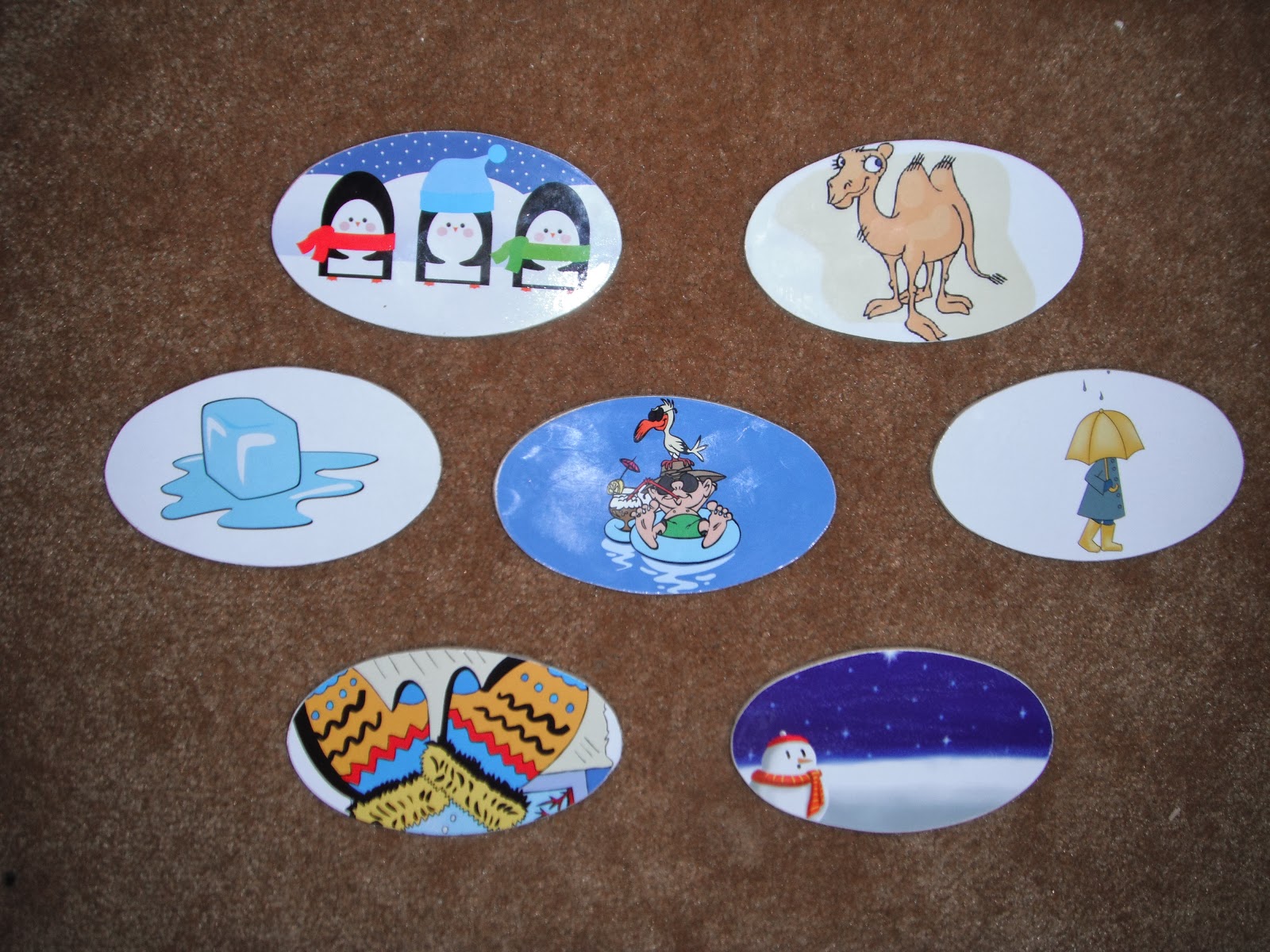 Once the kids get to where they are doing more complex math, I can make a set of these icons that say "+1", "+2", etc, and then the same for subtraction, multiplication, etc. Maybe I'll print the math symbols on superhero shields to keep things interesting. I'll probably print my next set of stickers myself on glossy photo paper kind of stuff though, that way I can make them look like whatever I choose.

With the stickers done, I headed back out to the garage (it was nearing penguin cold out there by now) and fired up the saw to cut some strips of the hardboard. The actual numbers of the number line will be put on hardboard strips. That way we can swap out different scales and patterns as we work through math. To start we will likely have a simple 1 through 20 or so number line, a -20 to +20 line, and maybe a line with all the even and odd numbers in different colours, then one with all the multiples of 5 in different colours to work on counting and multiplying by 2's or 5's. In any case, all these will be printed onto paper and then glued (spray adhesive!) onto the hardboard number lines. For now, I just wanted to use the hardboard on hand to make the strips. I can print and glue on the numbers any time I want, one ledger sized sheet at a time... (Excel is great!) 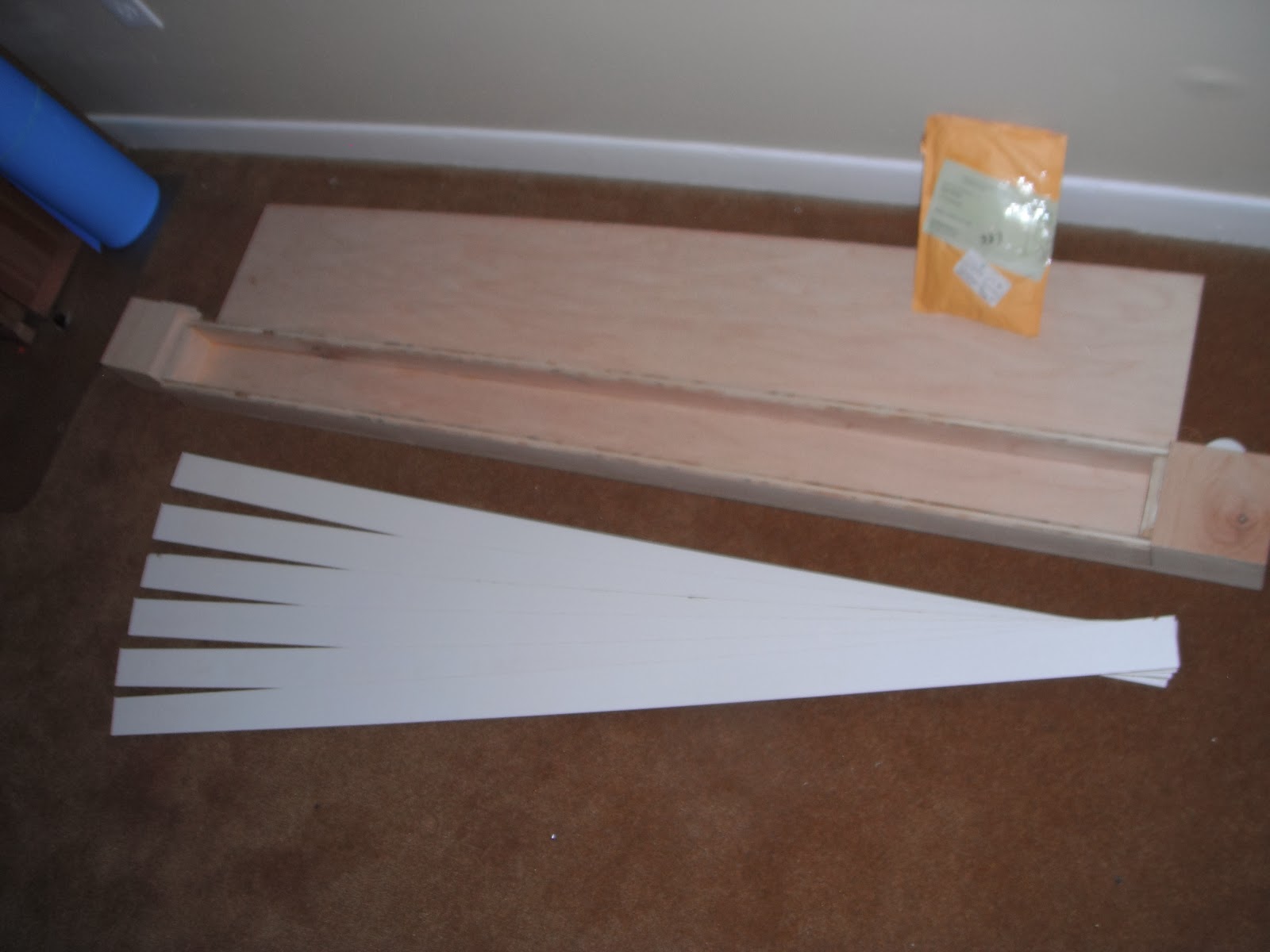 So here we are at the end of the day, A bunch of hardboard strips, and a pile of sticker "icons." This was all pretty easy really and didn't take too long. Oh, and as I packed up the router, I found the bit with the follower bearing in the bottom of the router case. Argh!

Tune in tomorrow for an epic battle with the router.
Posted by littleboatiris at Monday, February 24, 2014