This is the last installment of a family vacation travelogue. You can find the beginning here.

We spent our last night on Victory packing, but in the back of Momma and my mind was the last outstanding issue of the trip - what to do after we were off the boat.

Our debarkation time was set for 07h30 AM but our flight home wasn't until after dinner - 7:00 PM. What would we do with 12 hours? We didn't have a car booked, 12 hours of taxi-ing between hot spots wasn't appealing, and the cruises activities for the day were cost prohibitive. We decided we would rent a car for the day, and bum around Miami. One problem - there are no rental car desks at the cruise port.

Debarkation went surprisingly smoothly and quick as a button we found ourselves blinking in the bright Miami sun, back in the hustle of the Miami Cruise Port. with taxis and limos whizzing by. We must have looked a little confused because a worker walked over and asked if we were OK. We told him we needed a rental car, and he said to stand in the median and look for a shuttle, they would help us out.

The first shuttle we flagged down was from hertz. The driver told us they were out of cars and he couldn't help us out, then drove off to look for other customers.

The next one was from Alamo rent-a-car. he said that if we looked after him, he'd look after us, then he put out luggage on the bus, and we grabbed seats. The bus filled quickly, and whisked us off to Miami Airport's car rental centre. We gave the driver $10 (a taxi would have been $30) and dragged our gear into the airport.

All the car rental desks were queued clear back to last Tuesday except "Royal Rental Cars." I had never heard of these guys before, but I figured it was better to get in that line than stand in any of the others. In about 10 minutes we had the keys to a Volvo XC90 SUV - which was just about perfect for us. At $60 it was a pretty good deal considering that the cruises excursion and airport transfer was $75 per person!

Straight out of the airport, we navigated our way to South Beach, intent on cruising the famous Art Deco strip, and taking some time to bask on the beach. As we drove into the beach area a plethora of police cars descended with sirens wailing and lights flashing. I pulled aside to let the cruiser past, but the officer just blasted the siren and waved me on. We continued with our police escort, watching as each street was closed behind us, wondering what was going on. Anytime we tried to stop, the siren wailed and we were hustled along. We laughed about how it was just our luck that on the day we decided to go to the beach, the entire waterfront was being closed off. We didn't dare to try to park for fear we wouldn't be able to get back to the airport with all the closed streets.

Eventually, we were pushed out of the South Beach area, and turned west. Driving across the Tamiami Highway, we made our way out into the outskirts of Miami, and into the Everglades. Soon signs started popping up for Everglades tours, and we decided that sounded like a good way to spend the afternoon. We pulled into Coopersville, and signed up the family for an Everglades air boat tour. 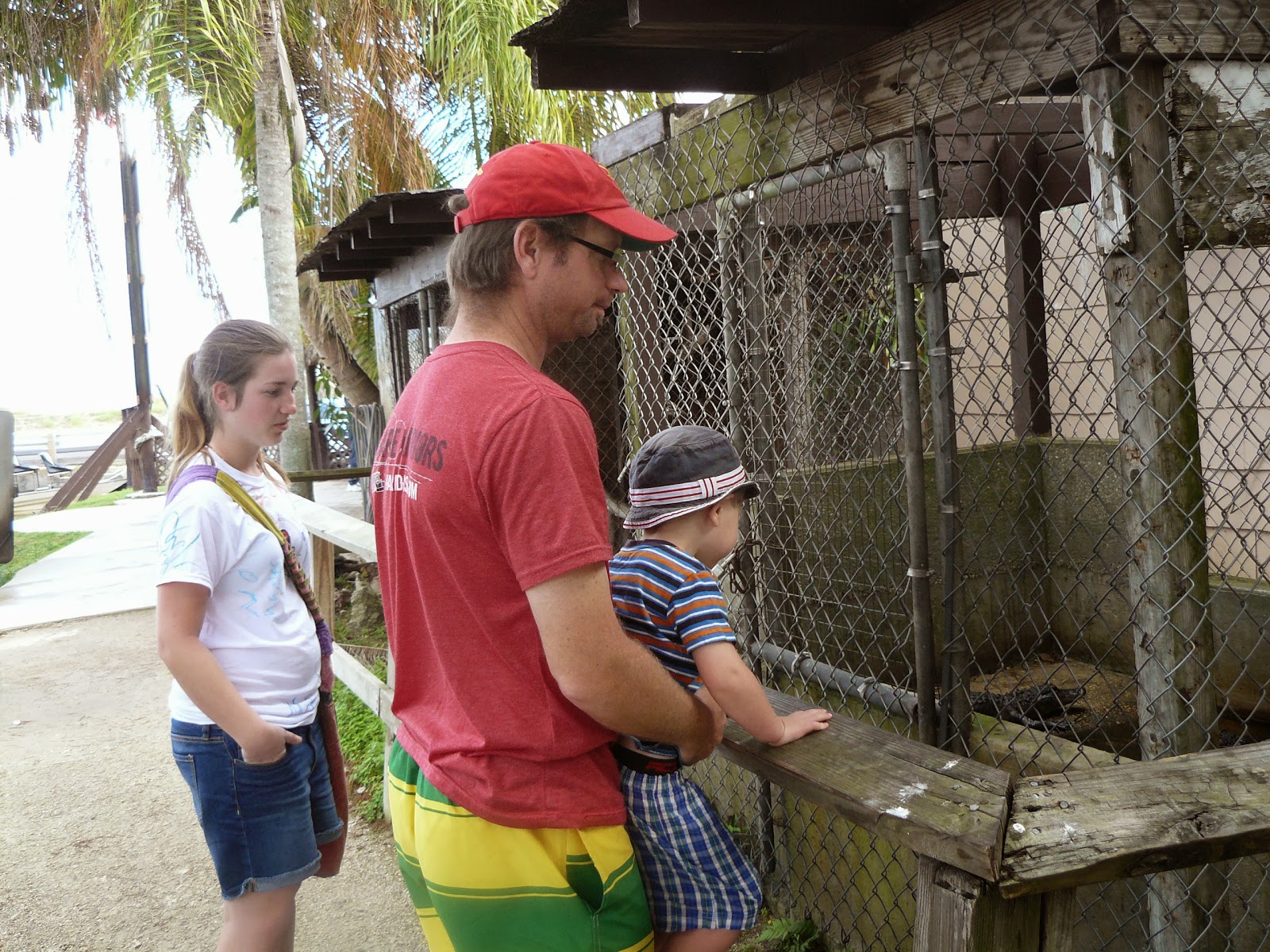 The tour started with visiting the Alligators in the pens at the tour centre. There were big ones and little ones. But mostly big ones - some were even famous movie alligators. 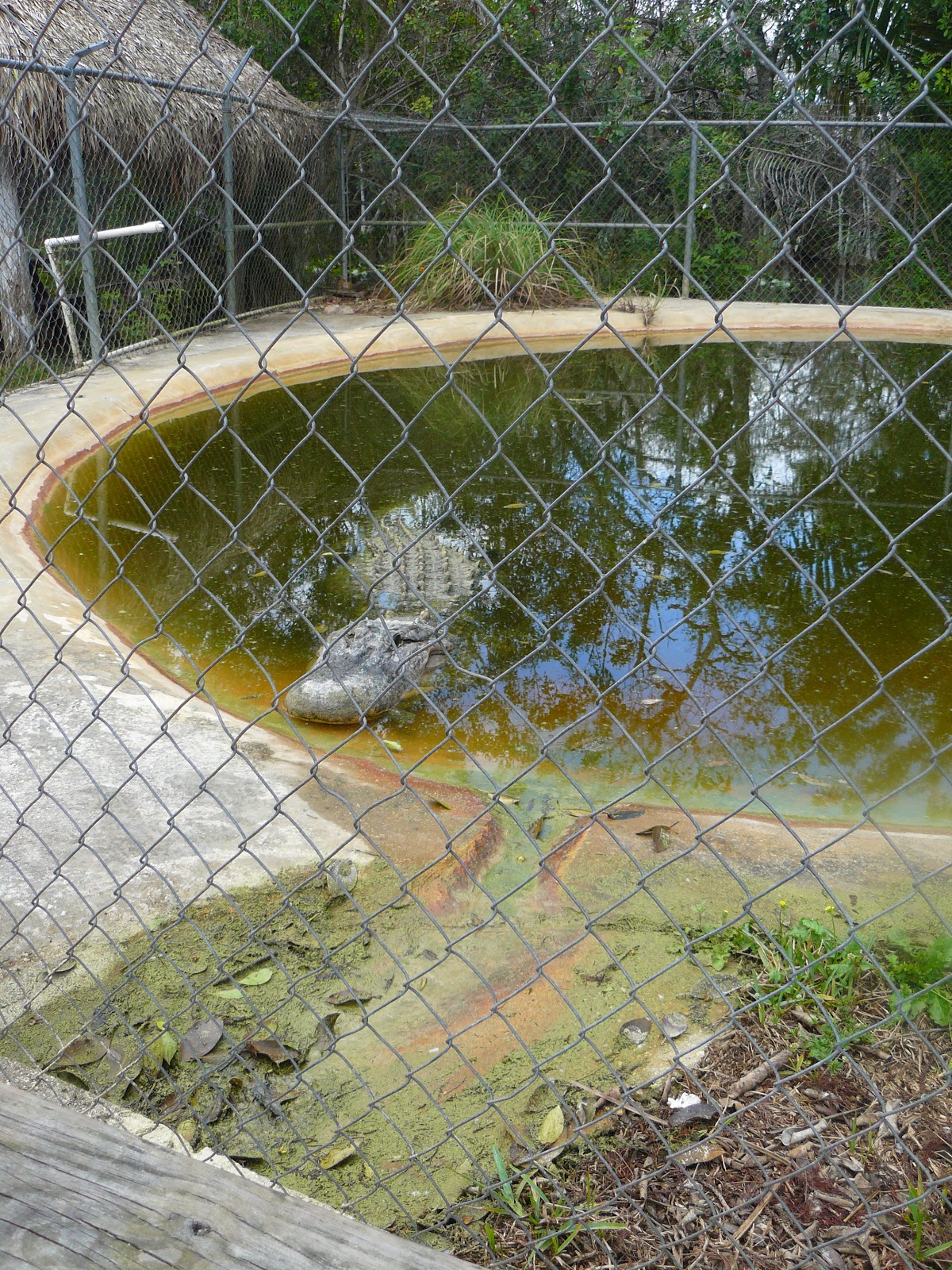 After we wandered around for a while, a guide came out and showed us all about alligators.


Once he was done, it was off to the air boat for our ride through the Everglades. 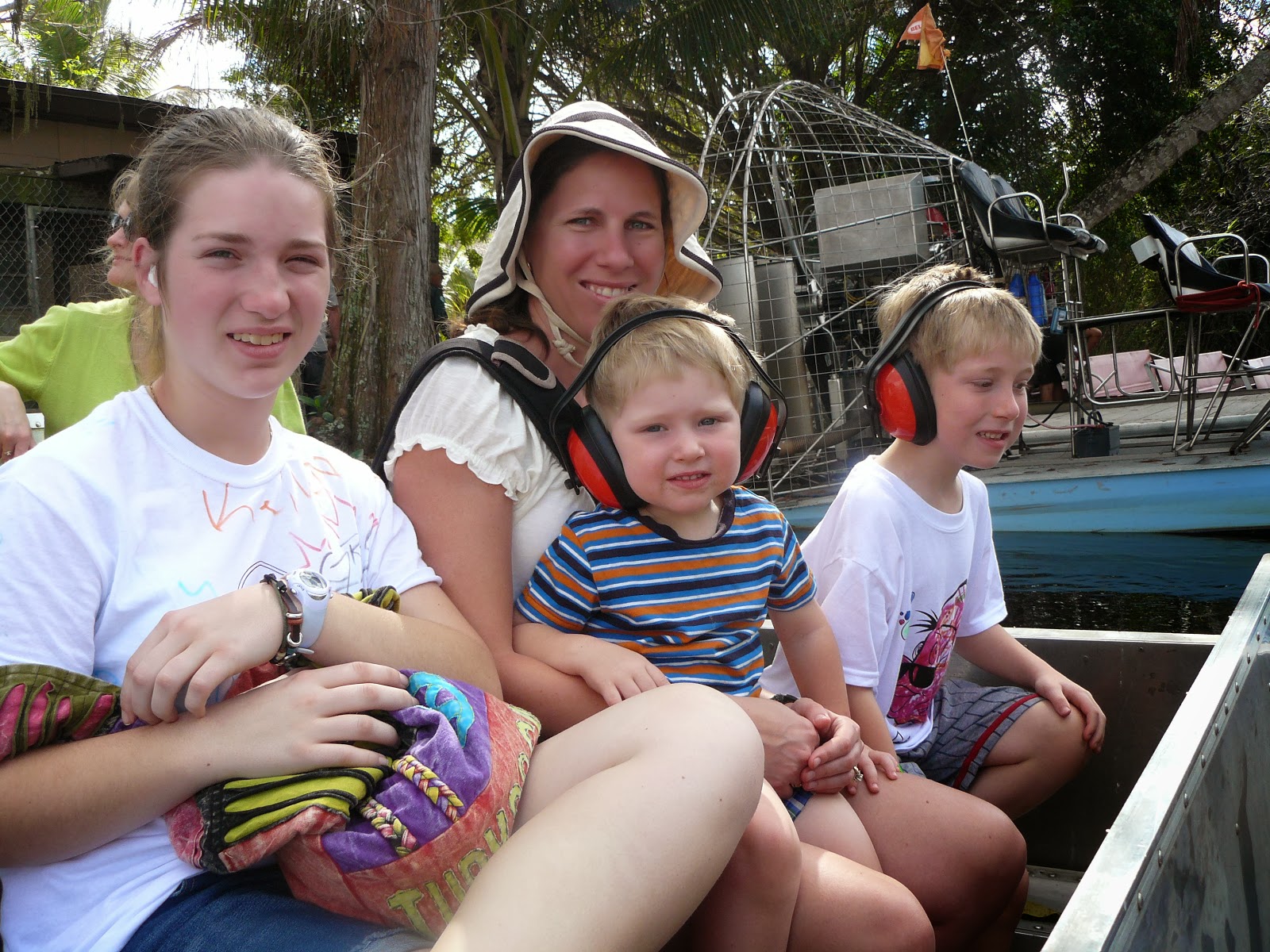 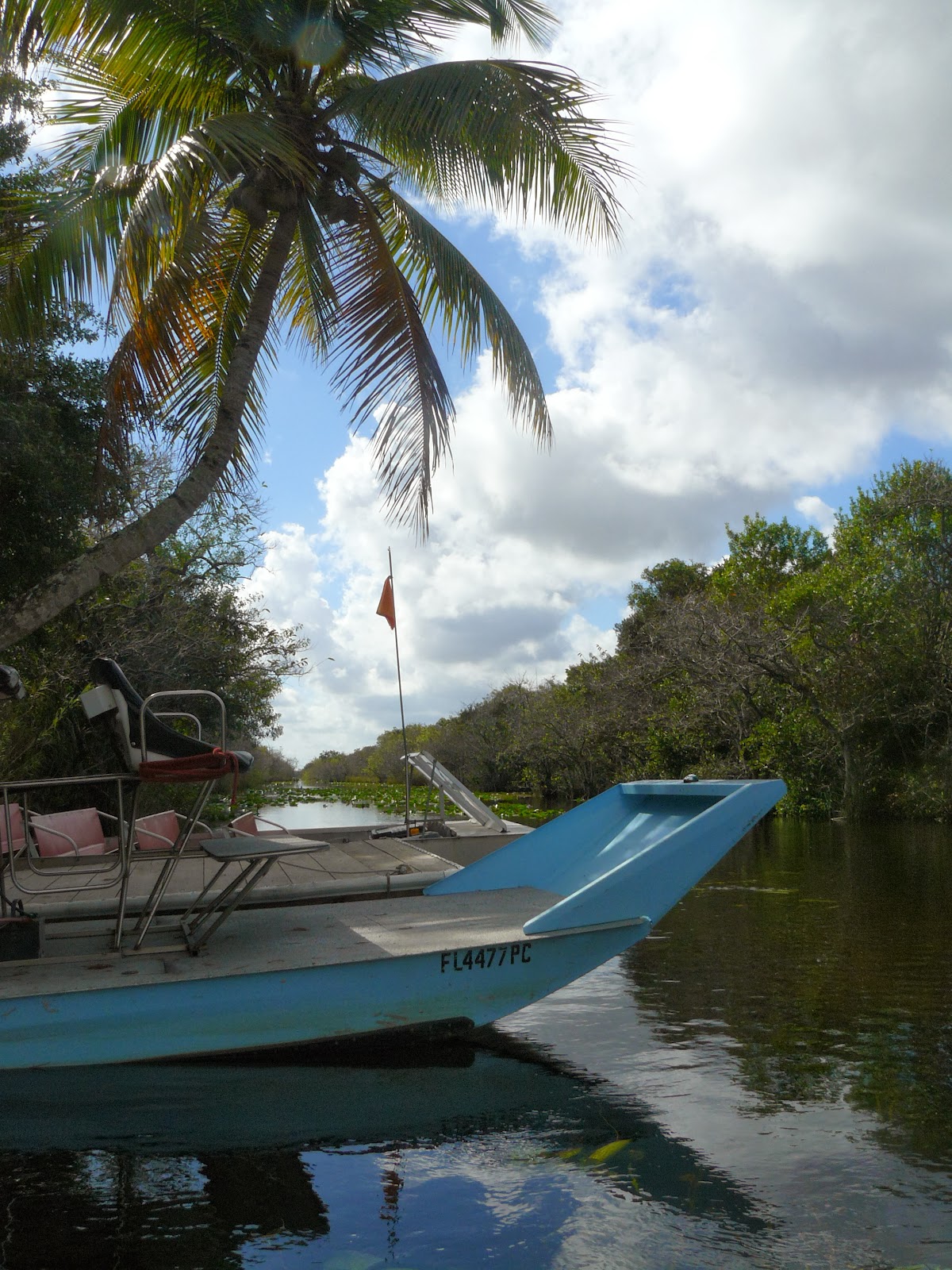 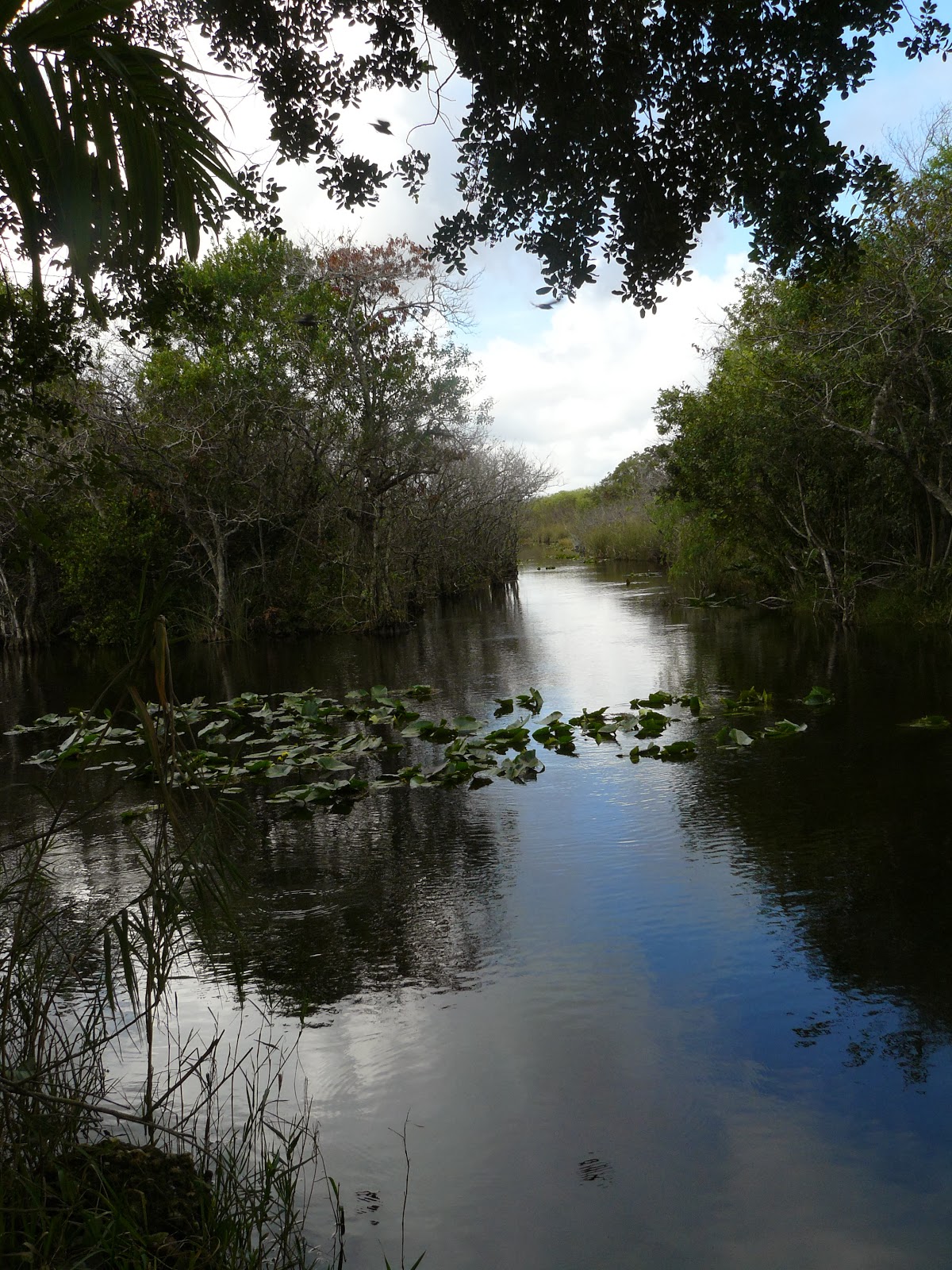 The boat operator told us it was his second time driving a boat, but I don't believe him. He did a pretty good job. We saw Herons and egrets early on. 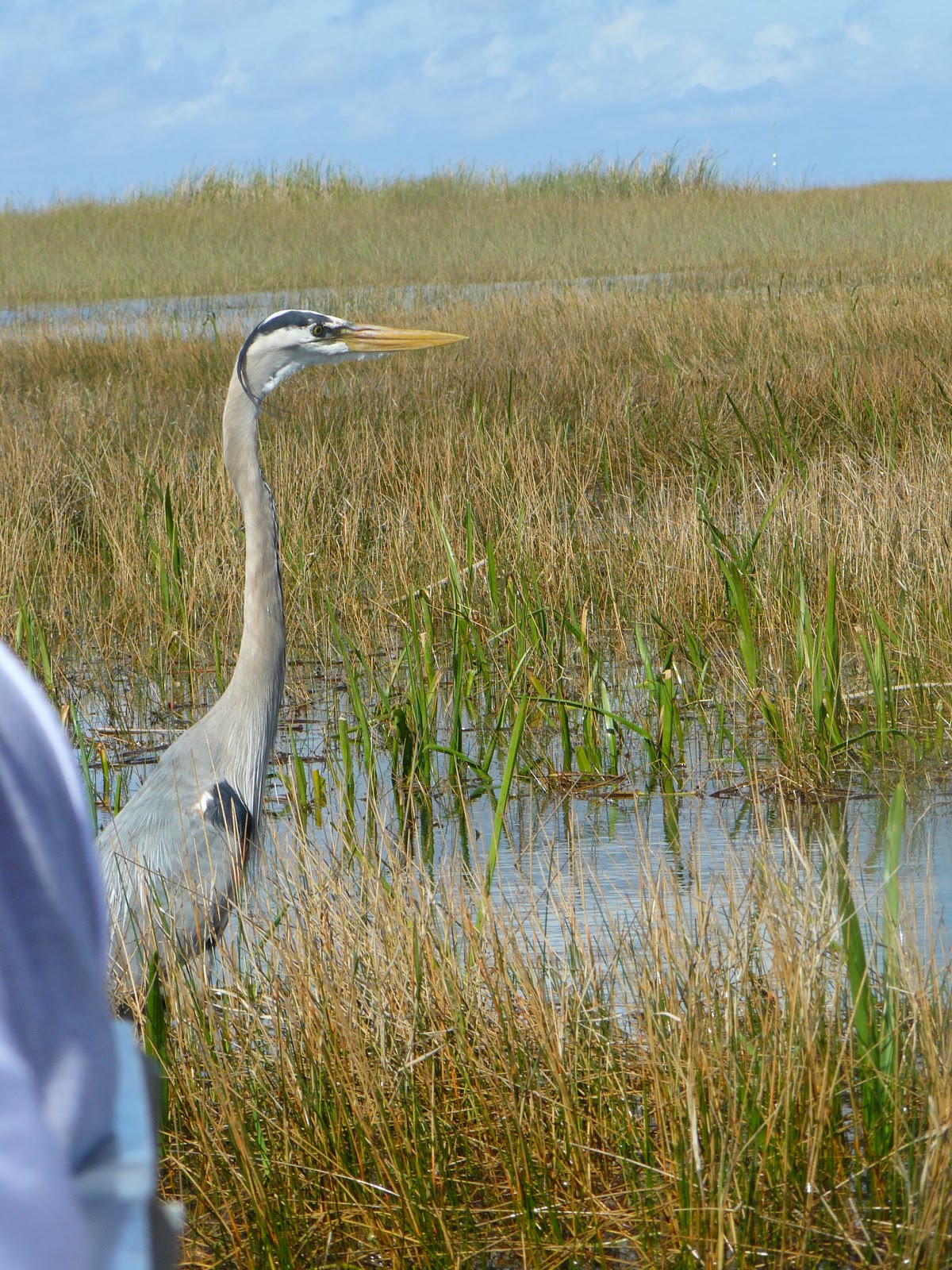 Then we started spotting alligators in 'gator holes.' As we went the guide introduced teh alligattors and shared facts with us about the everglades. It was a good ride. 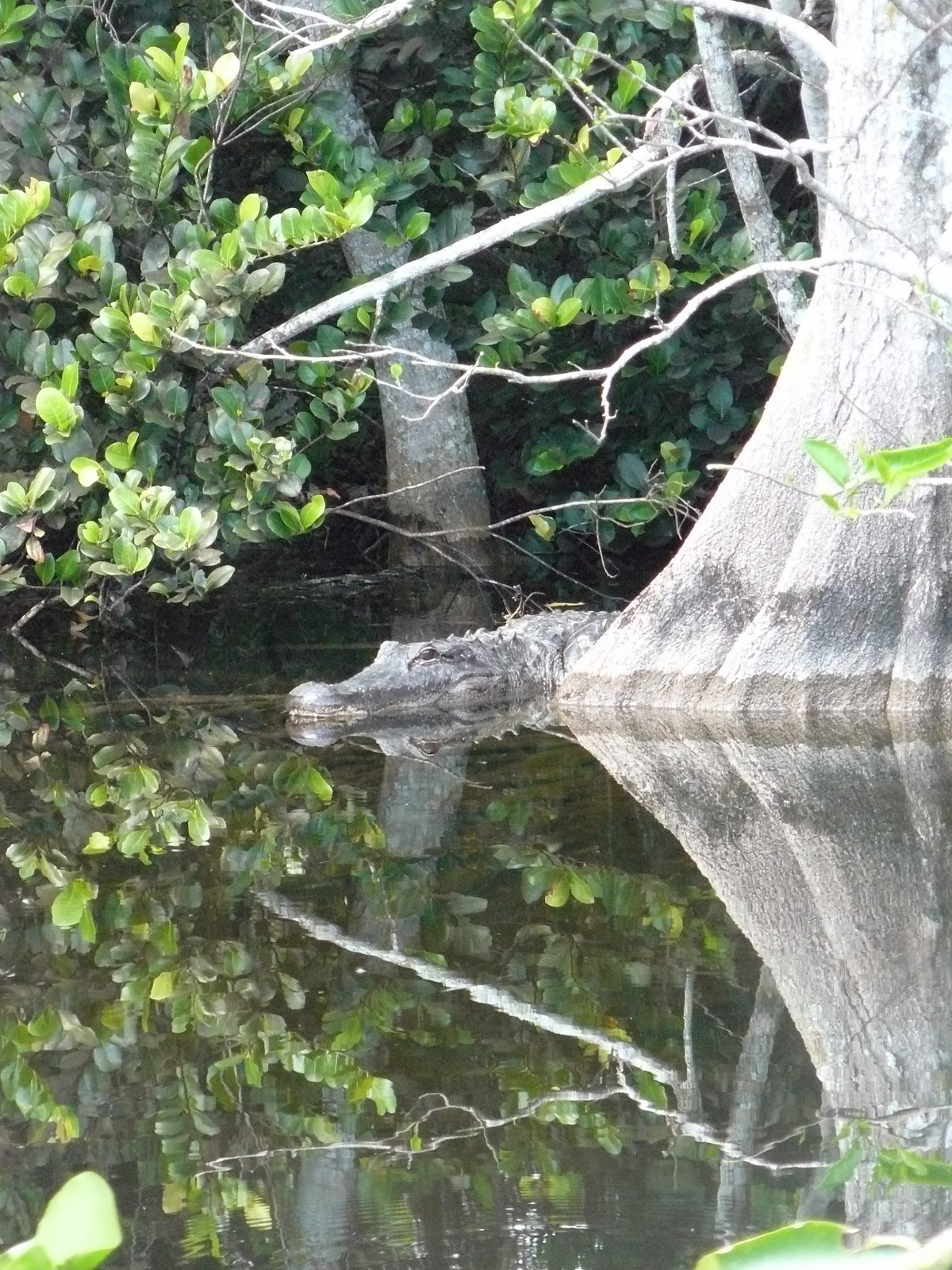 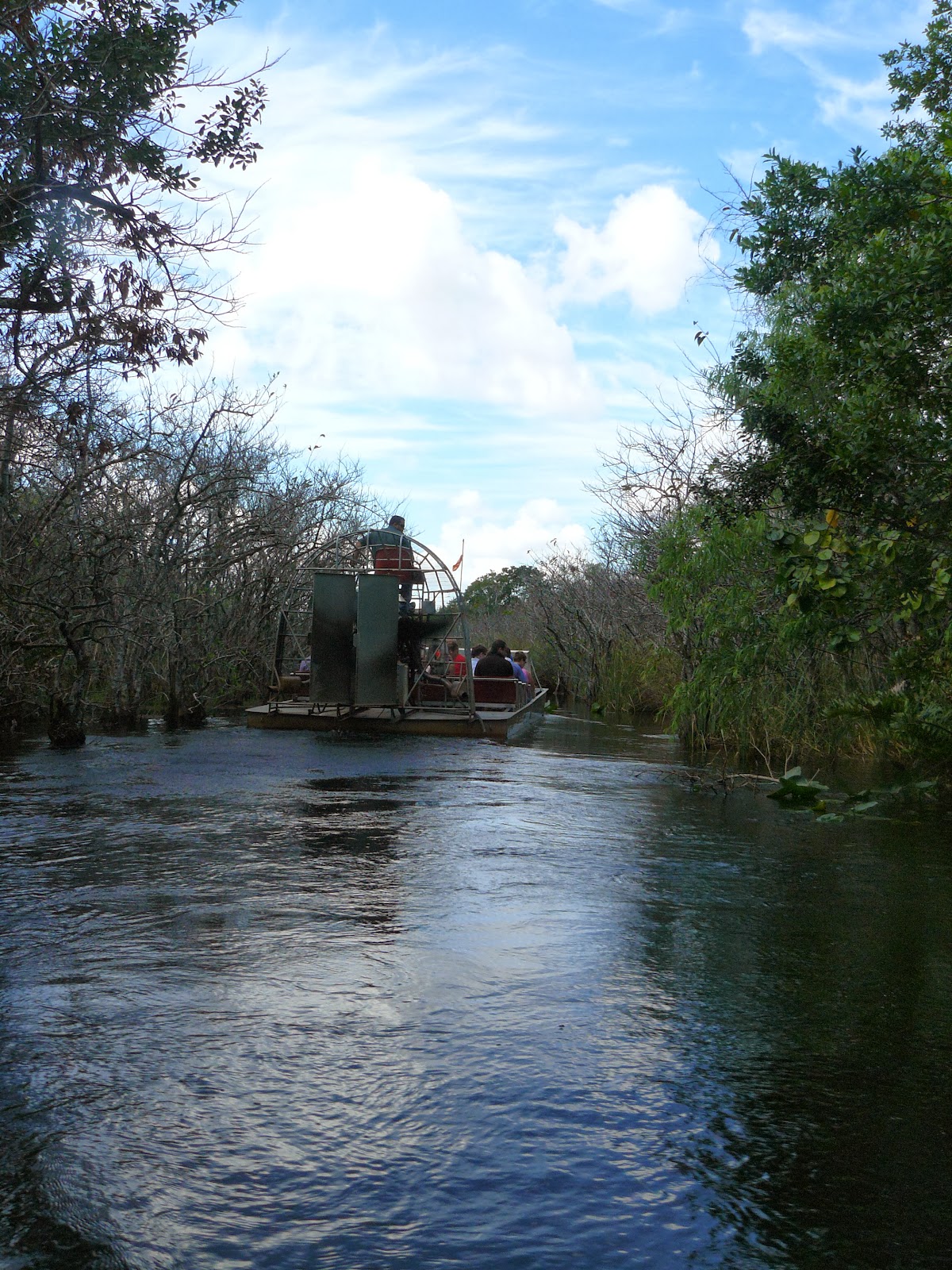 Eventually we found ourselves back at the tour centre,where we each got to hold a baby alligator. Then we had lunch (gator nuggets anyone?) and then hopped into the car to head back to Miami. 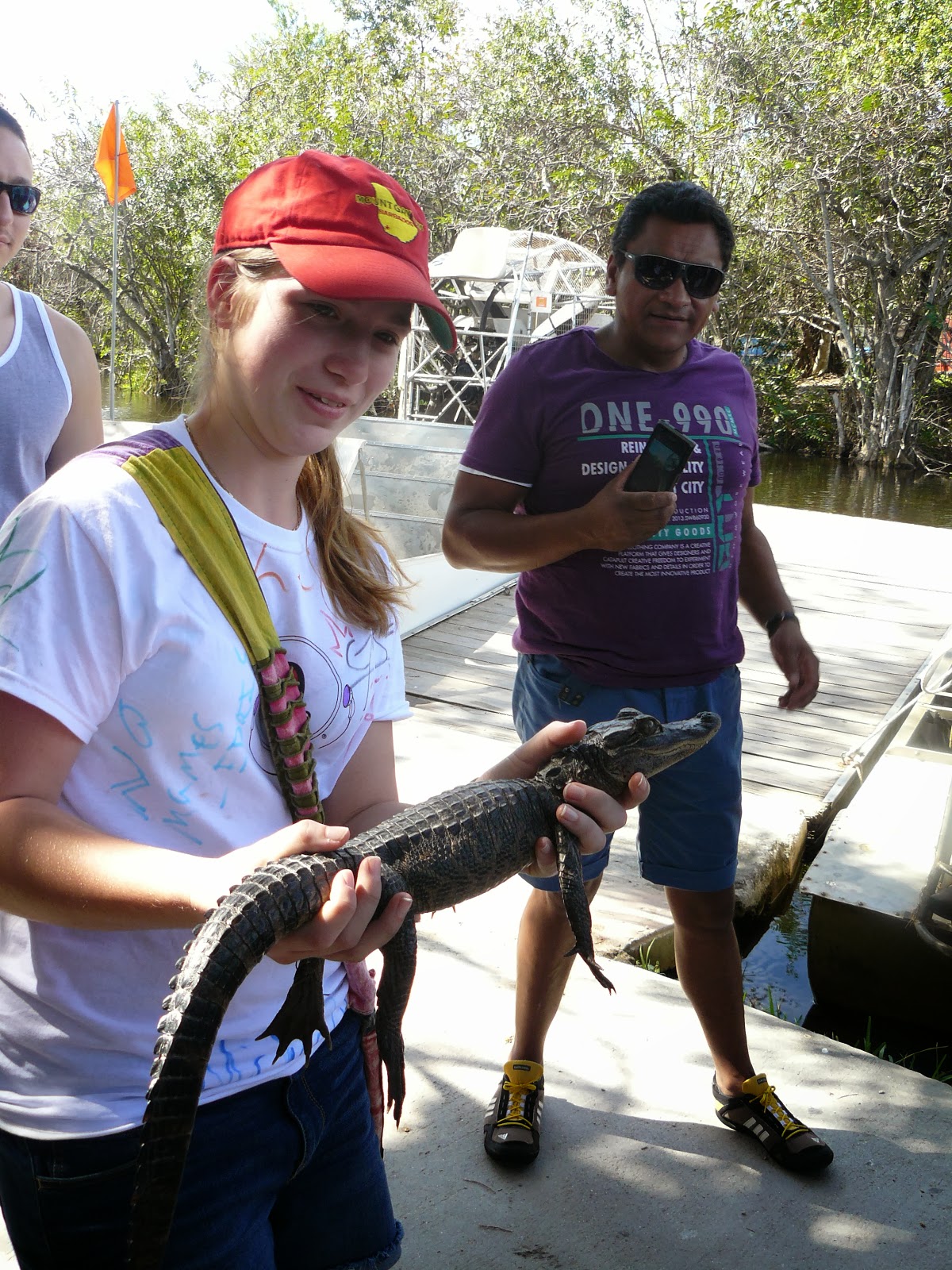 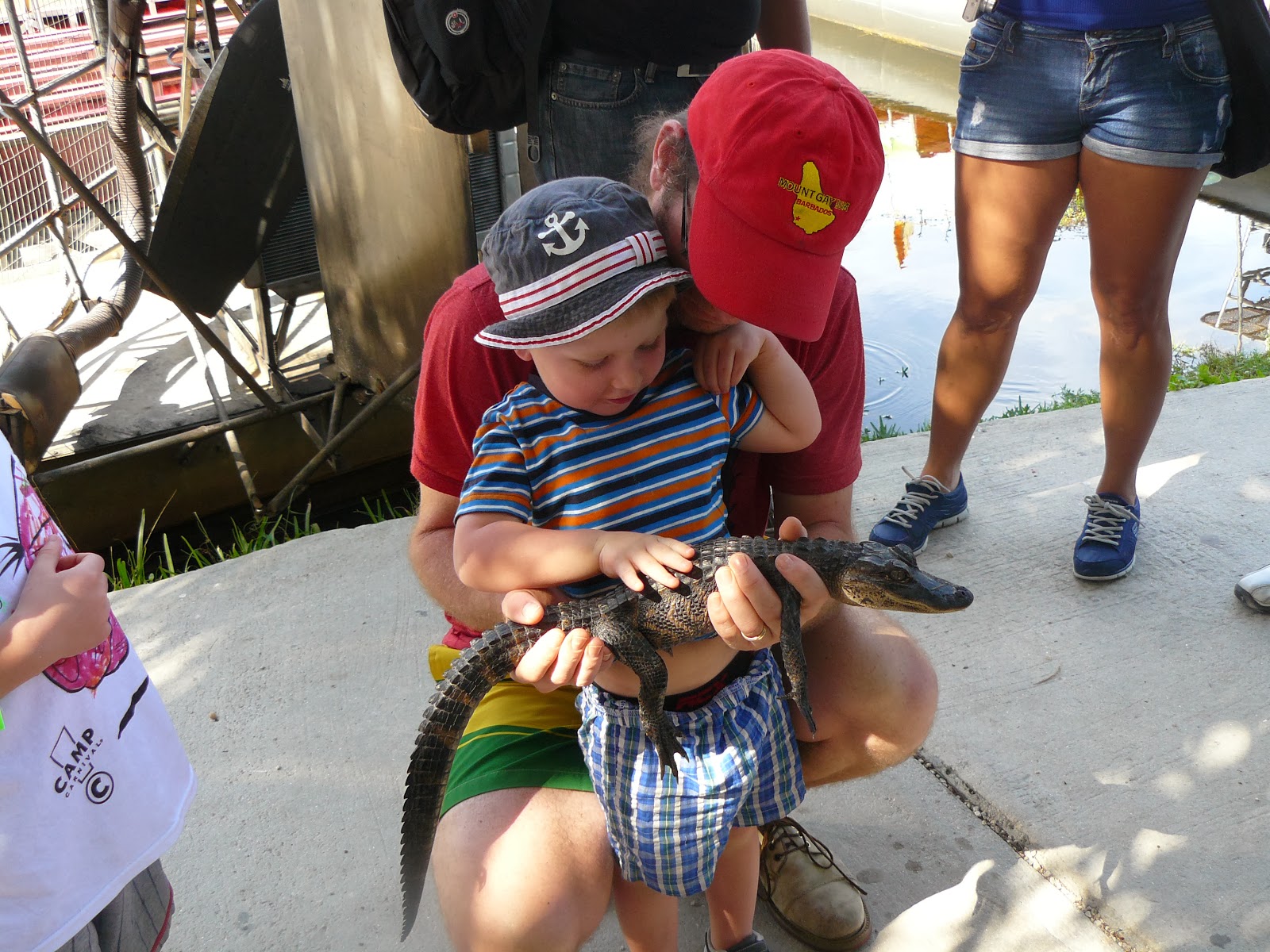 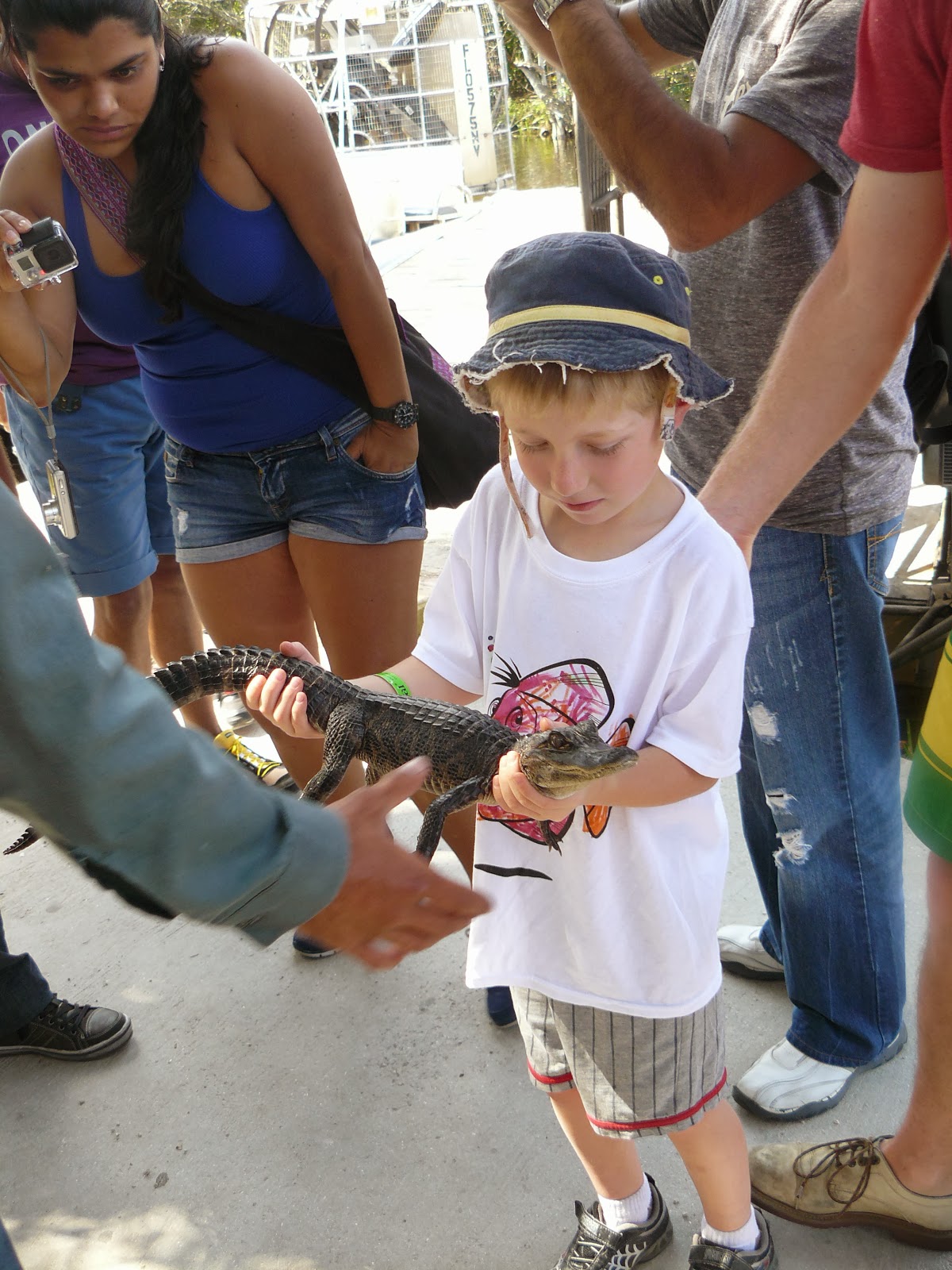 By the time we reached Miami, everyone was showing early signs of exhaustion... 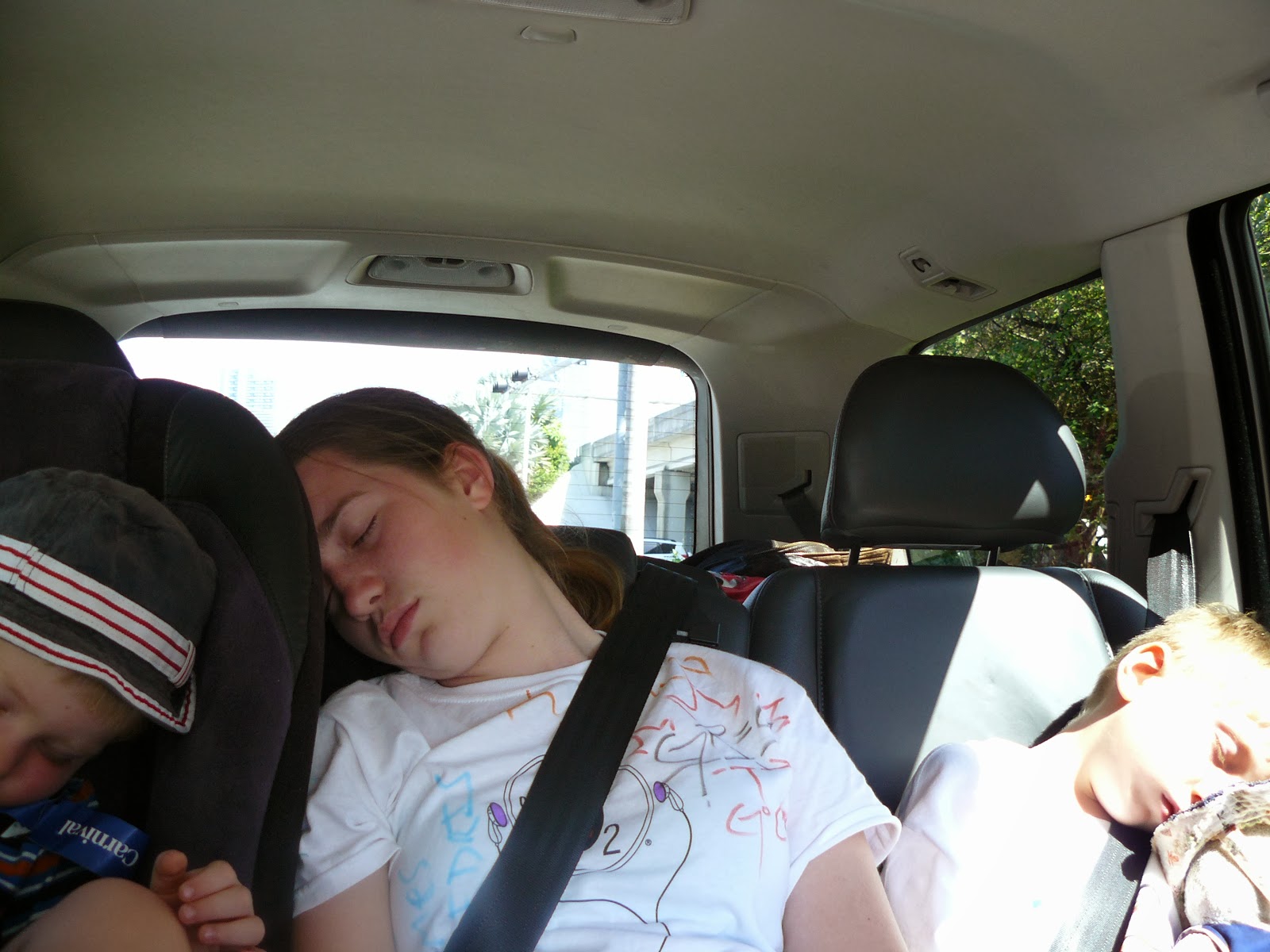 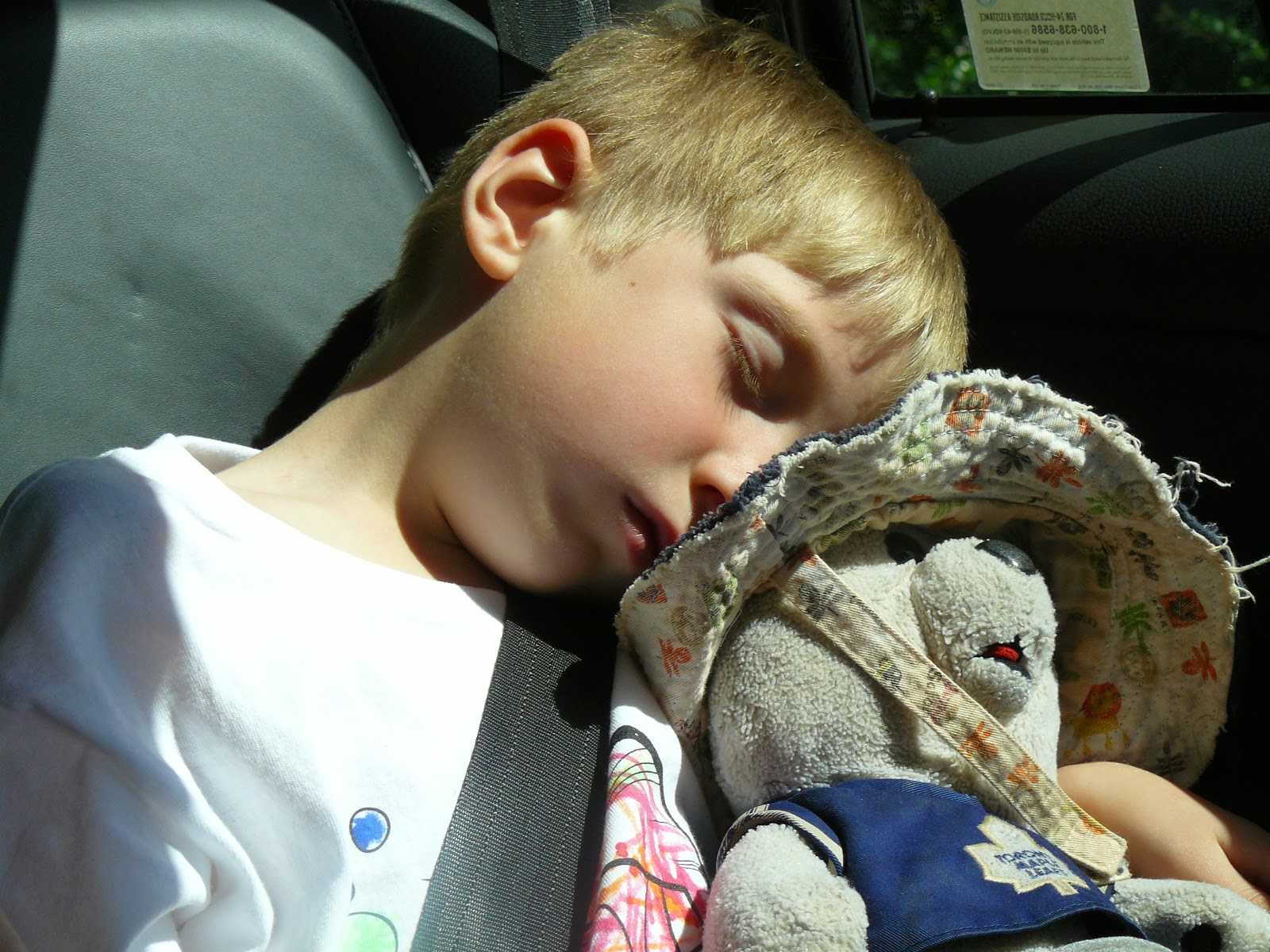 so we found a park with a shady tree to park under, and settled in for a nap. As the boys woke up, we went and played in the park. 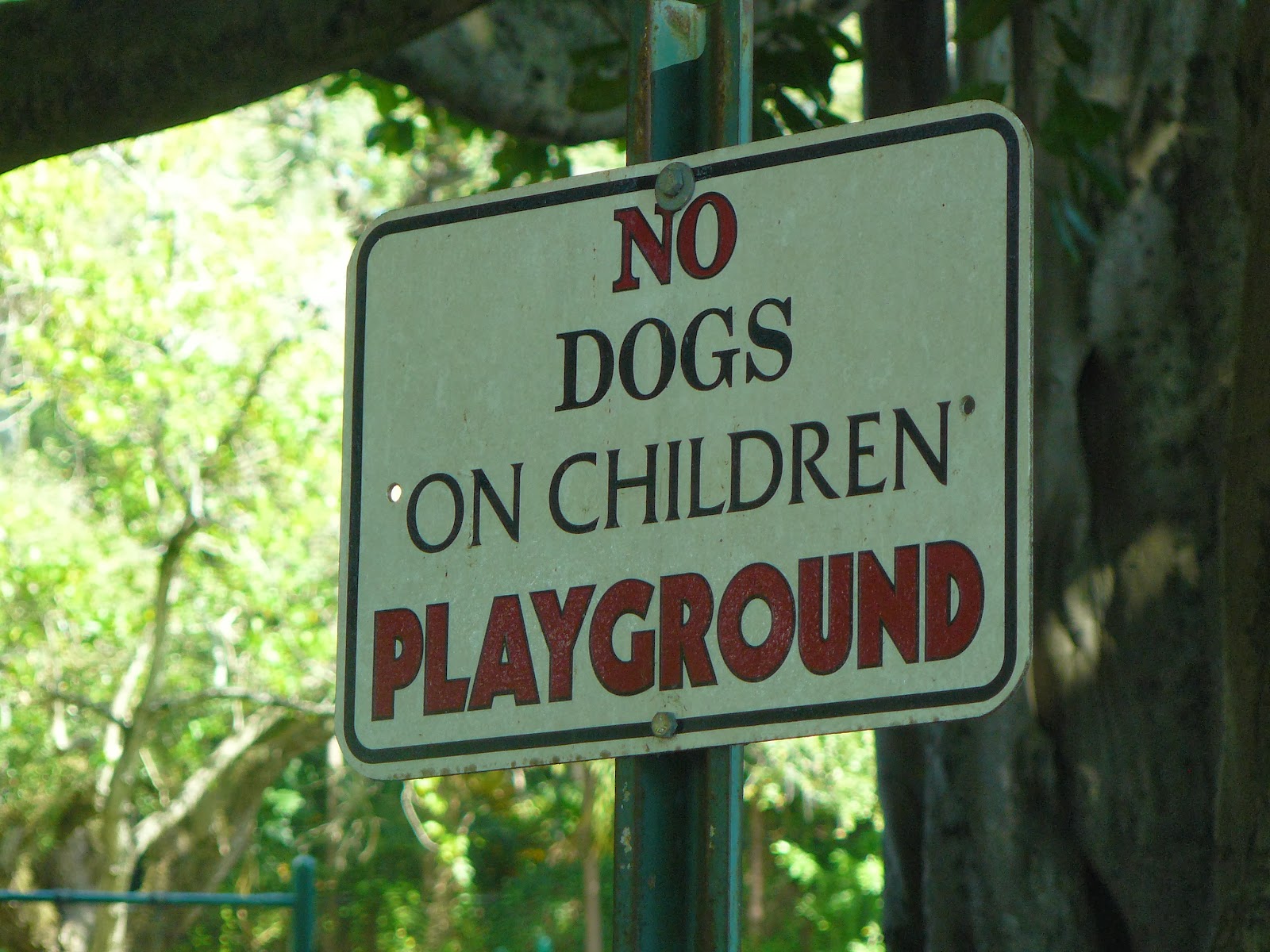 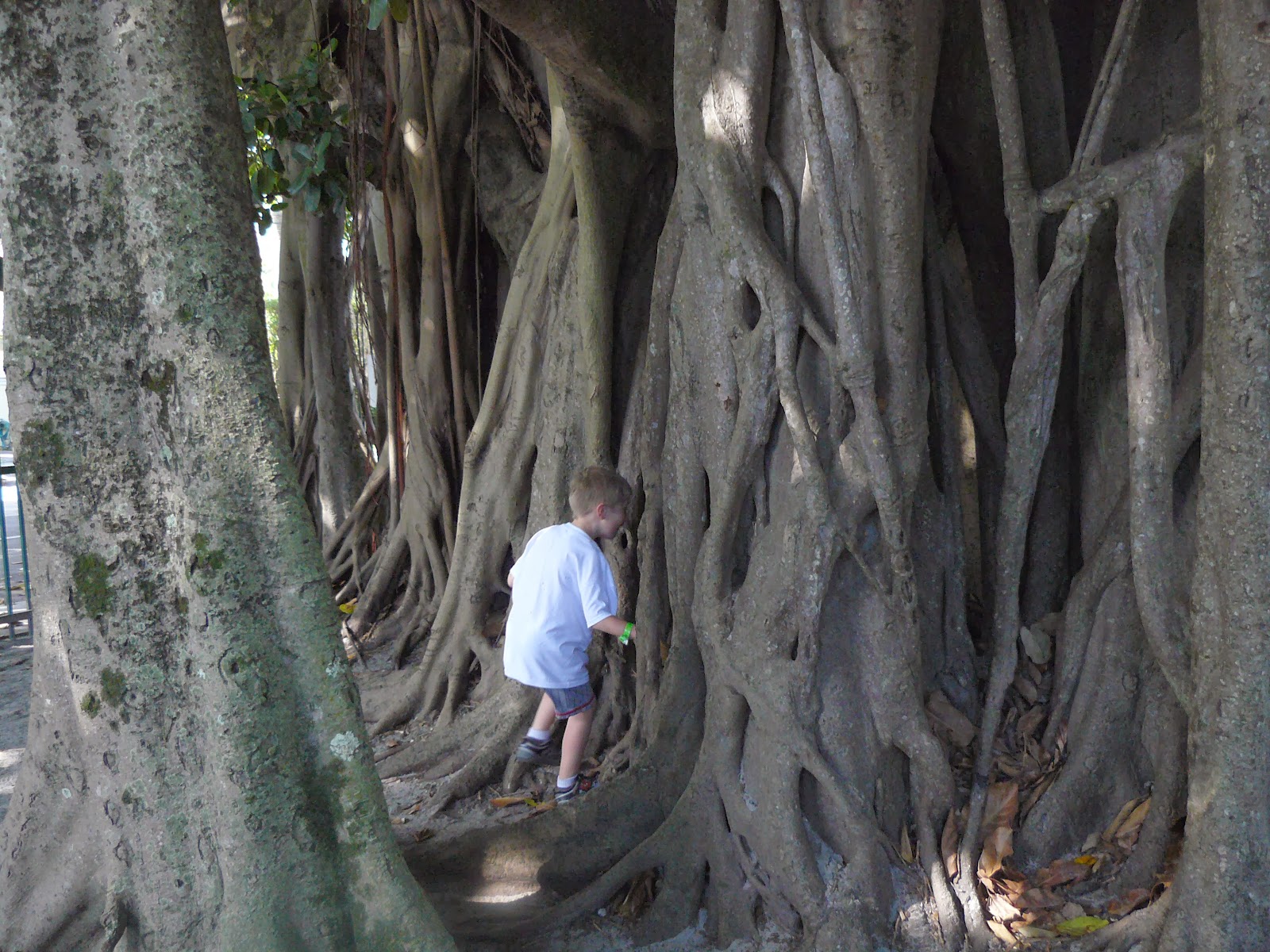 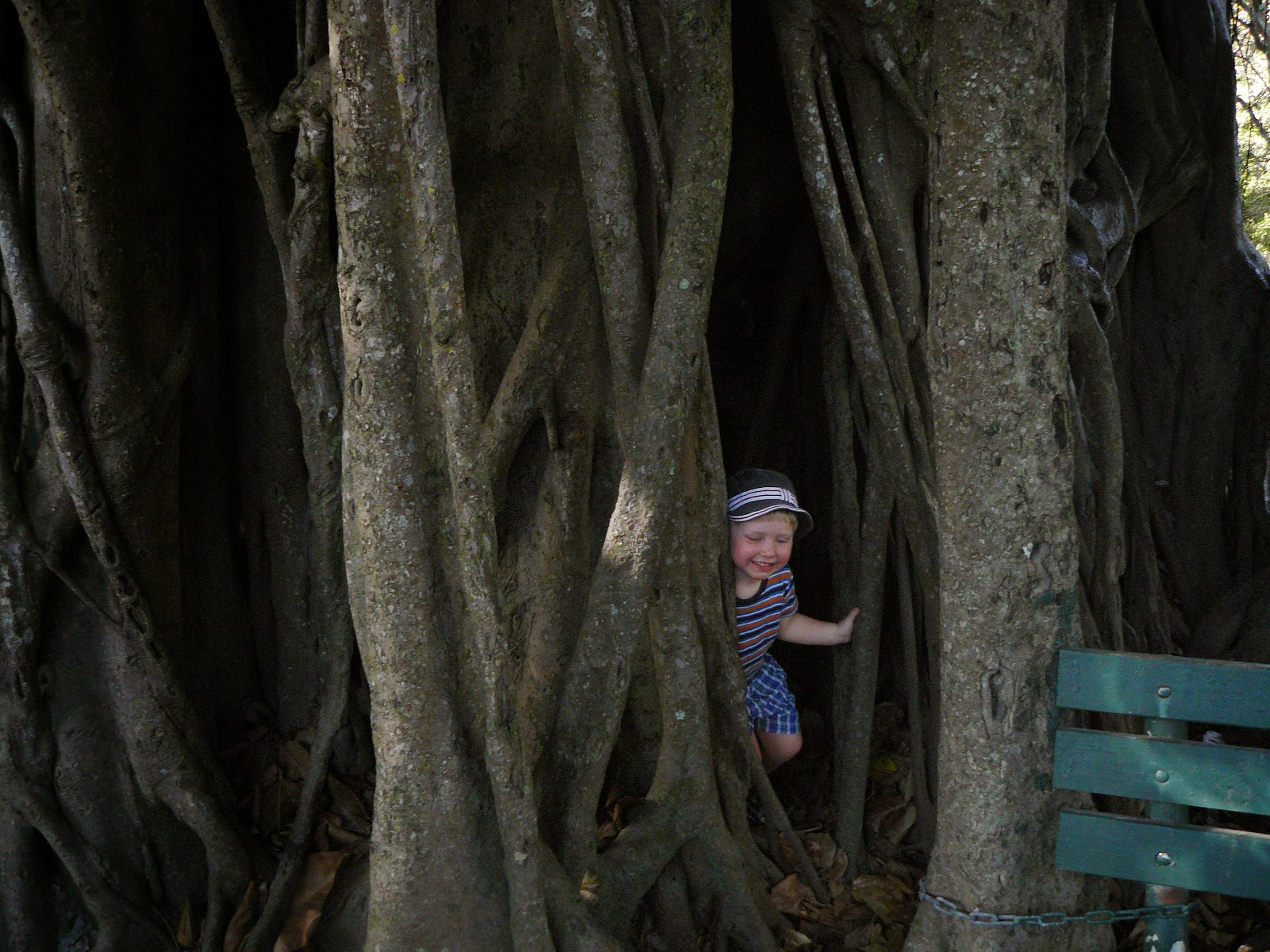 The park had a giant tree with a billion roots and trunks that the boys could hide inside. i don't know what kind of tree it was, but it looked a little like our benjamina at home - except that it was HUGE! We played in the tree and on the park until it was time to go catch our plane, then we headed back to Miami airport to return the car and get our tickets home.

As we walked through the airport, we discovered just how massive the terminal at Miami airport was. It seemed to go on forever! 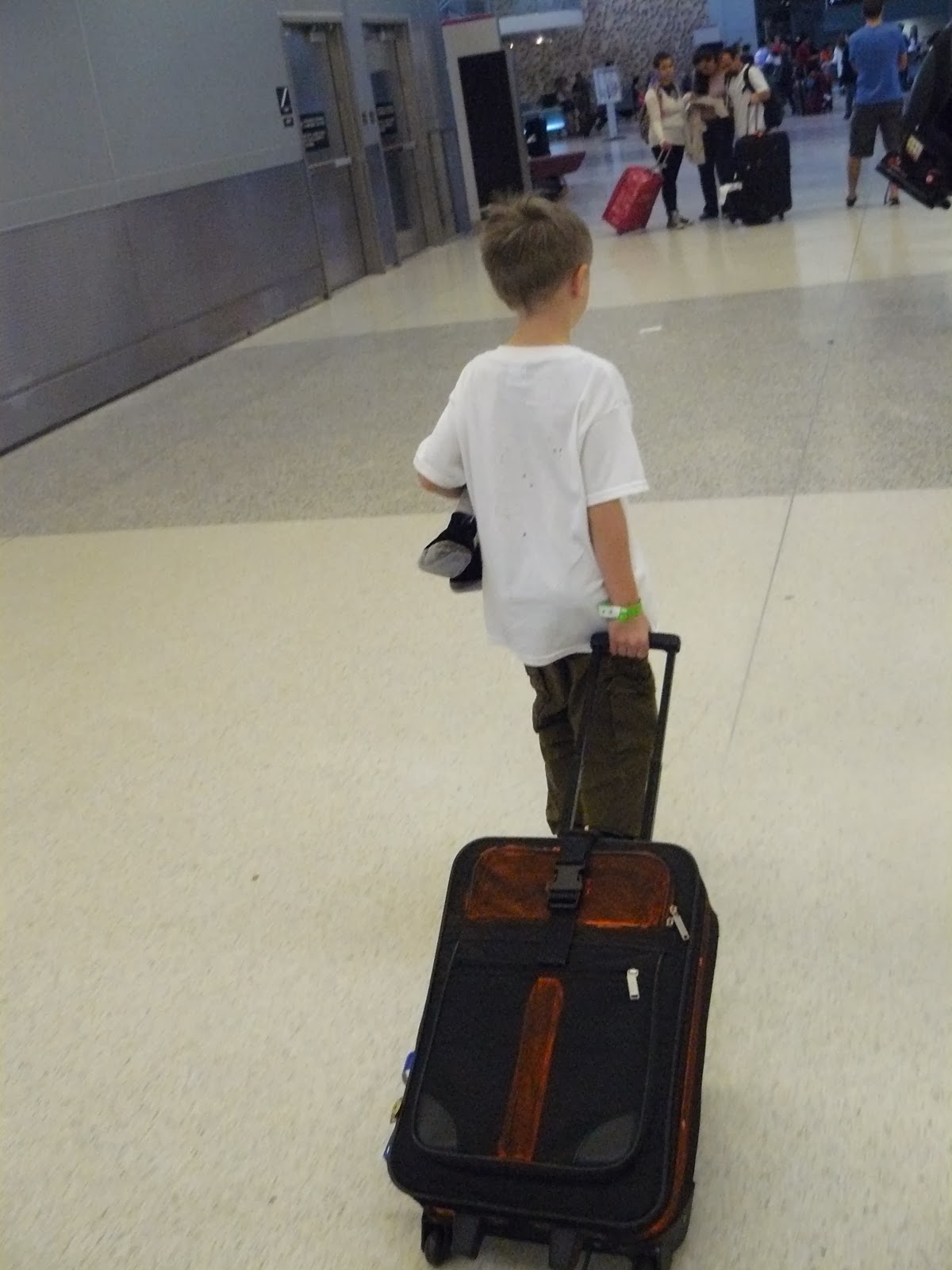 Eventually we found our gate and settled in to wait for our plane and our flight home. 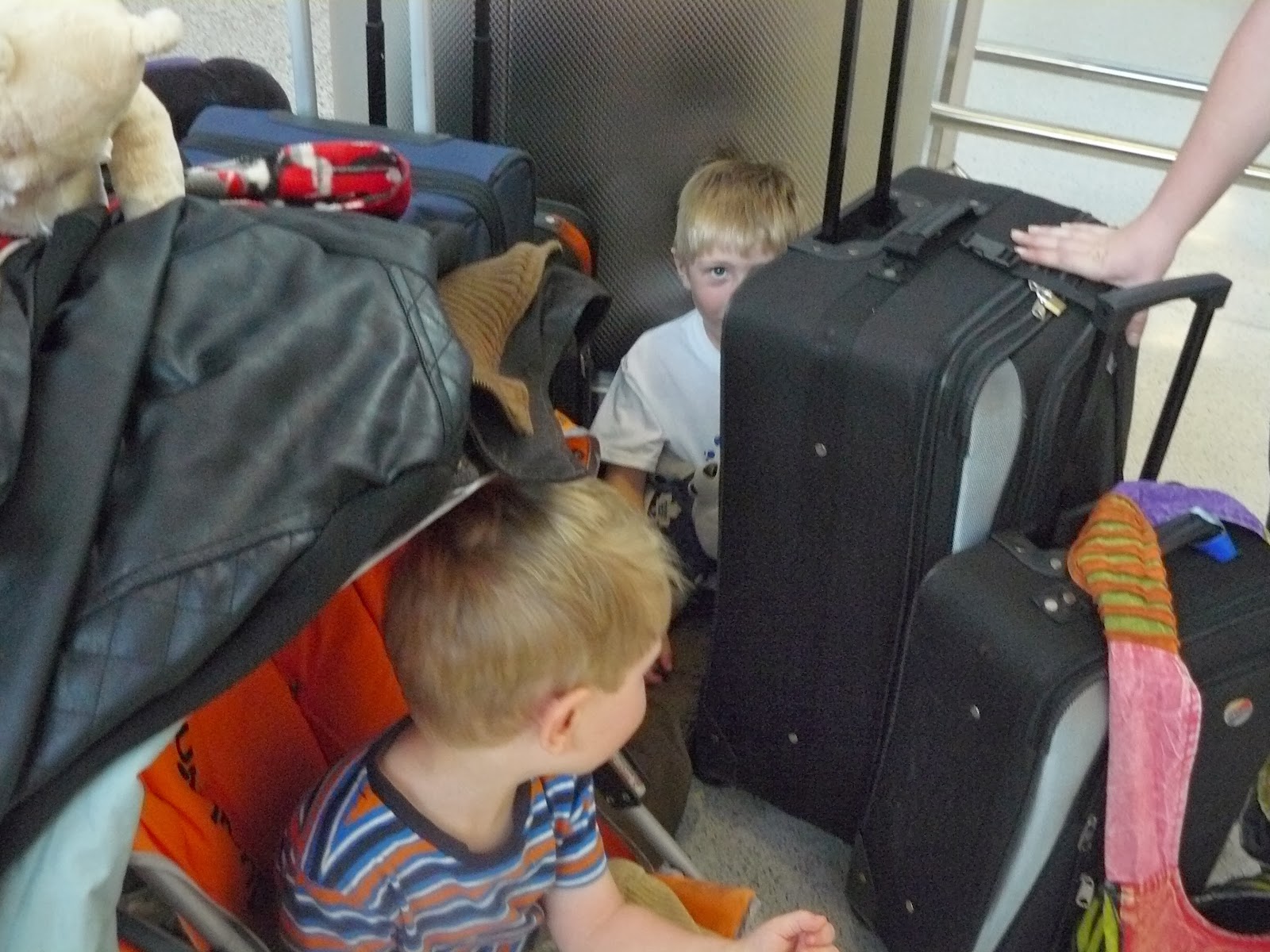 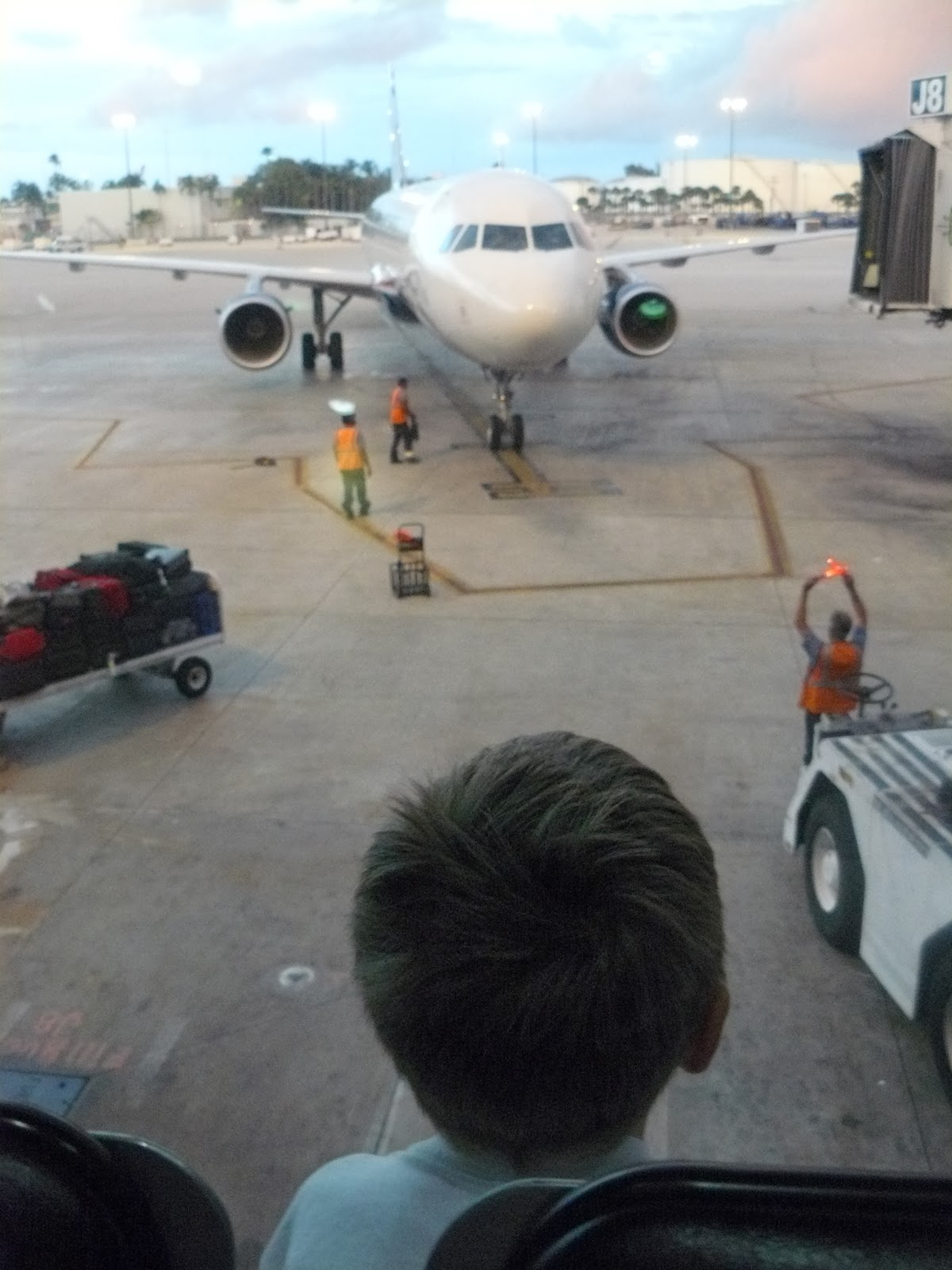 The plane would fly through the night, with the boys sleeping most of the way back to Buffalo, then we drove across the border and through Toronto, finally getting back home at about 04:00 AM. We went straight to bed after emptying the car, and slept in the next day. It was a great getaway for all of us!

To see vacation pics taken by Buddy, tune in tomorrow!
Posted by littleboatiris at Sunday, February 16, 2014