Ever since he was newborn, outside was where he wanted to be. If he was shrieking and wailing, I'd go out and sit on the front porch. This worked well, as he was an April baby. Now that it's gotten warm again, I'm happy to say that he still loves to be outside, especially considering how our weekend plans for the summer are going. 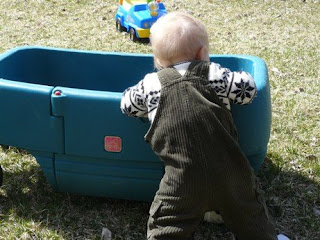 His sister's wagon is one of his favourite things... he loves being pulled around the yard. He hasn't figured out how to climb out eyt, so it also works as a mini-playpen while Mama is trying to do some gardening or whatnot. 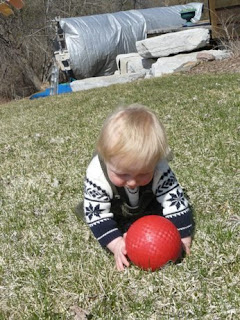 He also loves playing with his mini-basketballs. He'll push them ahead, and then chase them, and then bat them again, and take after them... he does this in the hosue too, with his roll arounds, ore really anything that he can roll. 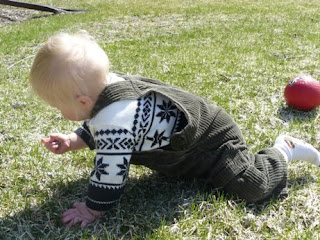 And grass..... did you know that grass was so very interesting? The first time I put him down outside, it took him forever to crawl, every time he put his hand down, he'd pull it back up...."what the heck is this stuff, Mama?" 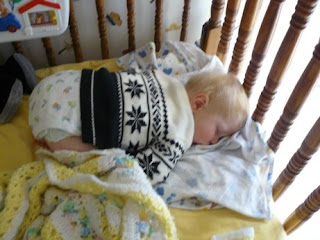 And of course, the best part for Mama... after a full day of playing, he is one tired little dude!
Posted by Star at Friday, May 08, 2009